Secondary school pupils in Geneva have been protesting against having to wear "shame t-shirts" over what is deemed inappropriate clothing for class, saying the move is humiliating and sexist. 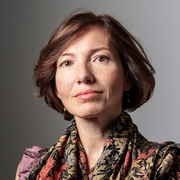 The events have reignited a debate in Switzerland over what pupils should be allowed to wear at school.

The row comes after around a dozen schoolgirls at a middle school (with pupils aged 12-15) were told by the school authorities to put the t-shirts on after they came to school in crop tops. If they refused, they would have been sent home, which is a serious violation of school regulations and could have had an impact on annual grades.

The white T-shirts in size XXL have been dubbed "shame t-shirts" (t-shirt de la honte) by the teenagers involved.

What is your experience with school uniforms and dress codes?

Do you think school uniforms and dress codes contribute to a better learning environment for students, or are they unnecessary?

In reaction, they held a demonstration in front of the school building early Wednesday morning and were joined by parents and representatives of feminist organisations. Around 50 people were involved. "Girls say that many teachers tell them to dress correctly, arguing that otherwise they distract the boys from studying," one of the mothers told French public broadcaster, RTS .

Pupils across the canton have also been reporting similar practices. "I was sent to the secretariat to get a t-shirt - these long, huge t-shirts down to my knees. We call them ‘shame t-shirts’. They told me that I must put it on to protect myself, but from whom? I never felt threatened by anyone," Luna, a former pupil at a Sion school, told RTSExternal link.

"I think the real problem is in behaviour: girls are told to cover up, but men are not taught to behave properly," added Julie, 16, a pupil at another school in Vaud, in the same report.

The protesters have called on the head of education in canton Geneva, Anne Emery-Torracinta to intervene, saying the t-shirts practice is “extreme, violent and dangerous for the psychological development of young people”. They also want school dress codes to be revised.

In response, Emery-Torracinta told journalistsExternal link that people should "not confuse an important feminist debate on the role of women, on their clothes, on how people sometimes consider women’s bodies and other issues… with appropriateness requirements for schools”.

She also said that "schools fight against all kinds of discrimination, including that of gender.” At the same time, she expressed readiness to explore a revision of school rules regarding “appropriate clothes” as the current rules were adopted in 2014.

There is wider support for this move. Monika Maire-HeftiExternal link, in charge of education in canton Neuchâtel, said that she recognised that the practice of "shame T-shirts” was stigmatising, especially for young girls, and "at the school level, we need rules, but ones that are appropriate and understandable for both girls and boys”.

Dagmar Rösler, head of the Federation of Swiss Teachers LCH, told Swiss public television SRFExternal link that she "understands the reluctance of teenagers to wear larger T-shirts" and that "this is not a very effective pedagogical measure. However, the rules must be followed and there are likely to be other ways to resolve such conflict”.

But although it might be fashionable, as far as she is concerned, "bare stomachs and shoulders at school are a no-go.”

Pupils at state schools do not have to wear school uniforms in Switzerland – it is only common practice in a handful of private schools, as swissinfo.ch has previously reported. Many schools do, however, have some sort of dress code. However, the debate over what constitutes "appropriate clothes" for schools looks set to continue.

Why are there no school uniforms in Switzerland?

This content was published on Jan 6, 2020 Jan 6, 2020 A look into any Swiss school playground will tell you: there are no school uniforms. Unless of course you count jeans, hoodies and trainers. Why?