Swiss neutrality should be questioned from a moral perspective, says literary scholar Simon D. Trüb. Neutrality can suggest moral superiority, while Switzerland often acts primarily in its own interests, he writes. 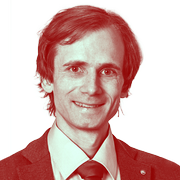 In an increasingly polarised world, political neutrality has become ever more elusive, as Kathrin Ammann’s article How Neutral Is Switzerland, Really?External link insightfully explains. How can Switzerland remain on good terms with trade partners that are in conflict with each other such as the US and China, the article asks. Or how can it remain a close ally of the European Union if it does not unequivocally endorse the latter’s position on key matters, for instance regarding sanctions against Russia or when the EU demanded an investigation into Jamal Khashoggi’s assassination?

Surely, the challenges to political neutrality transcend realpolitik and extend into the sphere of morality? To continue with the present examples: if Switzerland invokes its neutrality to justify the reluctance with which it imposes sanctions against Russia or the refusal to join a declaration that calls for a thorough investigation into the assassination of a journalist in a consulate, this raises important moral questions. Isn’t “neutrality” in such cases a misnomer and wouldn’t it be more accurate to talk about Switzerland’s non-interference or noncommitment instead? Switzerland might prefer not to take a side in such affairs but it certainly does not act without any interests. Neutrality smacks of moral superiority while Switzerland primarily privileges its own agenda.

Granted, Switzerland is actively involved in international peacebuilding and its reputation as neutral state significantly facilitates these efforts. Yet, historically, Switzerland’s neutrality is primarily related to its defense strategy and economic interests. Moreover, while political neutrality was initially a means to an end, it has, overtime, become a Swiss myth to which large parts of the population have become strongly devoted. The clear popular rejection to join the United Nations in 1986 illustrated this well and the recent survey cited by Ammann, according to which 95% were “in favour of maintaining neutrality”, suggests that not much might have changed.

This content was published on Apr 30, 2019 Apr 30, 2019 Swiss President Ueli Maurer’s recent visit to China shows the complexity of Swiss neutrality in the face of current geopolitical realities.

In cases such as Russia or Khashoggi, political neutrality runs the risk of degenerating into an alibi for opportunism if not even into a form of complicity that is closely related to what the German American philosopher Hannah Arendt called “the banality of evil”.

Arendt developed the idea of “the banality of evil” when she attended the trial of Adolf Eichmann, a German Nazi leader, in Jerusalem in 1961. Eichmann was responsible for organising the transport of millions of Jews into concentration camps. However, at the trial, she was surprised that Eichmann did not conform to any evil stereotype. In Arendt’s view, he was clearly no sadistic monster who enjoyed committing evil for the sake of evil but instead seemed to be rather disconcertingly ordinary. He did facilitate the transportation of millions of Jews to their all but certain deaths, but he approached this horrendous task like a practical problem in his remit. Unlike others, he was not motivated by a fanatic hatred of Jews; he primarily implemented policies in pursuit of his own career. Hence, Arendt concluded that Eichmann was evil in a “banal” rather than a “radical” sense.

Arendt emphasises that Eichmann was not stupid. He even acted quite intelligently in terms of pursuing his personal career. However, the philosopher attributes to Eichmann a thoughtlessness that she associates with an inability to judge.
Arendt’s assessment of Eichmann is contentious and the question of whether Eichmann really represents the “banality of evil” is up for debate. In any case, it is illuminating to return to Arendt’s idea not only in the presence of an inability but also of an unwillingness to judge.

The idea of the “banality of evil” became highly influential because it takes into account that it is possible to commit evil acts without evil intentions. The “banality of evil” is capable of explaining how the Holocaust could happen without a population of vicious monsters. It sufficed to have some depraved leaders and masses of people who “minded their own business”.

Here is an important question that does not have a final, straightforward answer and which needs to be asked on a case-by-case basis: to what extent does the inability or unwillingness to judge that can be associated with the “banality of evil” differ from the suspension of judgment that is implied when Switzerland declares neutrality?

This content was published on Nov 21, 2019 Nov 21, 2019 Ueli Maurer meets Russian counterpart Vladimir Putin in Moscow. It is his fourth foreign visit this year that has raised eyebrows.

Certainly, Switzerland is not Europe’s Eichmann and to claim so would be irresponsible. However, by insisting on its neutrality, Switzerland continues an increasingly precarious balancing act.

An excessive attachment to an ideal of neutrality easily obscures the fact that political neutrality is not an absolute value or position. Firstly, neutrality is relative and inherently conservative. It is hardly ever considered neutral to take action and bring about change.

Secondly, neutrality is not an issue of all or nothing. It has to be possible to occupy a neutral position in some matters but not in others. From a moral point of view, there’s certainly a significant difference between claiming neutrality with regard to a trade conflict, on the one hand, and in response to a brazen annexation of territory or the assassination of a journalist in a consulate, on the other.

In an increasingly polarised political world, neutrality might not only become ever more elusive but also increasingly untenable. Considering recent global developments such as the rise of extreme nationalist leaders in countries like India, Brazil, and until recently the US, genocides in China and Myanmar, or the increasing subversion of democratic structures and values even in some European countries, Switzerland certainly has to beware of the dangerous proximity between neutrality and the banality of evil.

Postscript
While I was writing this article, international criticism of the expired deportation deal between Switzerland and China strikingly illustrated the alarming ease with which Switzerland’s neutrality can or could evolve into a form of complicity. NZZ am Sonntag broke the story on August 22 and The Guardian criticised the deportation deal in articles published on December 9 and 12. A report published by the human rights group Safeguard Defenders on December 9 unmistakably shows that this agreement between Switzerland and China raises numerous serious questions, many of which have so far not been answered.