Following a groundbreaking year for exploration of the Red Planet, University of Geneva astrophysicist Sylvia Ekström and designer Javier Nombela argue that our trips to Mars should and will remain the job of robots. 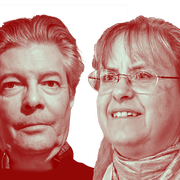 Sylvia Ekström has been a doctor in astrophysics since 2008, specialising in stellar physics. She is responsible for communications at the Department of Astronomy at the University of Geneva. Javier G. Nombela is a graphic designer specialising in the visual representation of time. He is also the author of numerous popular works in the field of astronomy.

The human body has been shaped by millions of years of evolution on Earth. It is therefore perfectly adapted to an environment subject to a certain gravity and pressure value and protected from solar and galactic radiation by the dual protection of the Earth's atmosphere and magnetosphere. If it leaves this environment, it is subjected to great physiological stress.

The first problem is microgravity, which has many consequences:

Loss of muscle mass: life is too easy for our muscles in zero gravity and they melt away;

Weakening of the heart: with less effort to make, it becomes weaker and rounder;

Fluids (blood, lymphatic system) flow upwards to the upper parts of the body. Our entire vascular system is designed to fight gravity and pump upwards, which it continues to do even when gravity is gone;

Risk of thrombosis: as a result of the above two points, the blood circulates less quickly and can clot;

Disturbance of the inner ear: our balance organ functions thanks to the weight of small crystals on hair cells, and without gravity that is lost.

The loss of muscle mass and the weakening of the heart can be partially countered by a strict discipline of daily exercise. On the ISS, astronauts do two hours of intense fitness (cardio and weight training) per day, and yet they are very weak when they return to Earth. Bone decalcification is also slowed down by weight training but remains one of the most worrying issues for the health of potential Martian astronauts, as a fracture could prove fatal on Mars. Vascular problems are also considered extremely dangerous.

This content was published on Apr 7, 2021 Apr 7, 2021 Is human exploration of Mars worth the cost and the risk? On April 15, join a discussion with scientists who come down on opposite sides of the issue.

The limits of artificial gravity, radiation and the human psyche

Could gravity be recreated on the Mars spacecraft? It is known that in a rotating system, the centrifugal force produces an acceleration that can be used to recreate an equivalent of gravity. Unfortunately, there is not enough room on a spacecraft to incorporate a centrifuge in which cosmonauts could spend a few hours a week, which would be sufficient to reduce the physiological damage of microgravity.

Could the spacecraft itself be rotated? In Hollywood, yes, it's easy! But in real life, it's a different story. Given that a spinning spacecraft would solve all the problems associated with weightlessness, the fact that no space agency is banking on such a development shows that it is totally out of our reach conceptually, technically and financially.

The humans of tomorrow will live on Mars

This content was published on Apr 7, 2021 Apr 7, 2021 We should accept the challenge of putting humans on Mars because our technology is very close to making it possible, argues Pierre Brisson.

The second major problem faced by potential future Mars-bound astronauts is that of radiation in space. The Earth's double protection (atmosphere and magnetosphere) partially blocks or deflects UV rays and totally blocks X-rays and gamma rays as well as solar wind particles and cosmic rays. This protection has been compared to the equivalent of a 30-metre-thick concrete wall, or one made of 80 centimetres of lead. Once they leave this natural barrier, it is essential that the astronauts be protected in other ways, by means of the spaceship's insulation and/or individual shields. Despite these protections, it is estimated that Martian astronauts would receive the maximum accepted radiation for an astronaut's entire career over the course of their mission, with just over half of this occurring during the outward and return journeys.

A third major problem identified by the space agencies is human psychology. French astronaut Thomas Pesquet cites a good example of the psychological pressure astronauts face on the ISS: you know there will inevitably be problems during your stay, but you don't want to be the one to cause them. The pressure on a Mars-bound crew would be infinitely greater, as there would be no help available to them in the event of a major problem. On the ISS, astronauts can be returned to Earth within three hours. The Martian astronauts would be left to their own devices for the two-and-a-half years of their mission, knowing that the slightest error or failure, whether technical or human, could result in the death of the entire crew. It is impossible to test such a psychological situation on Earth. The Mars 500 psychological isolation experiment conducted by the European Space Agency developed methods of conflict resolution, but it is in no way representative of the real conditions of a voyage to Mars.

Can humans cope with a stay on Mars?

Mars is not a habitable planet. This is not an exaggerated statement, but rather a reflection of the impossibility of a normal life for organisms like ours on the Red Planet. The main problem is the weak atmosphere on Mars: it has 0.6% of the Earth's pressure at sea level, which is equivalent to the Earth's pressure at an altitude of 35 kilometres (22 miles). This means that water cannot be found in a liquid state on Mars. The surface layer of the planet's soil is covered with regolith (rock dust), which was recently discovered to be contaminated with perchlorates, which are very harmful to living organisms.

In order to survive in such conditions, a habitable bubble would have to be built that could perform a number of functions: recreate a viable atmosphere with the correct level of oxygenation, maintain a pressure that preserves the integrity of human bodies, protect against radiation and provide for daily needs.

The size of the bubble would depend on the number of people and the length of the stay. At minimum, astronauts would need a pressurised spacesuit which allows for the survival of one person for a few hours (such as for a spacewalk outside the ISS or on the moon). For several people over a duration of several months, the bubble must be the size of a complete dwelling (including a kitchen, rest areas, sanitary facilities, etc.) and must have an air and water recycling system as well as food and equipment reserves. The larger the bubble, the more complex the technical challenges would become and the more expensive it would be, to the point of becoming prohibitive.

What's the point of going to Mars?

Nothing? One of the arguments for sending humans to Mars is that they are more efficient on the ground than a robot and could therefore learn more about the planet. However, the progress made over successive generations of robotic probes shows that despite their limitations, the knowledge they provide is progressing rapidly. The indisputable advantage of robotic probes is that they do not need to eat or drink, nor do they need to operate under Earth’s pressure conditions. Minimal protection of their electronics is sufficient. The estimated cost of a single human mission would be equivalent to that of 40 robotic missions like Perseverance.

Moreover, these probes can be sterilised on departure from Earth according to the standards of the Planetary Protection Act, which aims to avoid contamination of places we visit in the solar system. This is impossible with humans: by placing a few individuals from our species on Mars, we are also depositing billions of bacteria from Earth. Even if their chance of survival on Mars is infinitesimal, it is not zero and risks confusing the answer to the main question that motivates our study of Mars: could life have developed there in the early stages of its evolution?

Sylvia EkströmExternal link  has been a doctor in astrophysics since 2008, specialising in stellar physics. She is responsible for communications at the Department of Astronomy at the University of Geneva.
Javier G. Nombela is a graphic designer specialising in the visual representation of time. He is also the author of numerous popular works in the field of astronomy.