The level of difficulty should not be a barrier to meeting the challenge of putting humans on Mars, because our technological advances are very close to making it possible, argues Pierre Brisson of the Mars Society Switzerland. 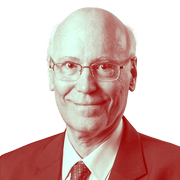 Pierre Brisson is the president and founding member of the Mars Society Switzerland. He is also a member of the management committee of the Planète Mars Association (France). An economist by training (University of Virginia, USA), he is a former corporate banker and a lifelong planetologist.

Trips to Mars are certainly not routine, but to say that a very high percentage are failures is meaningless. You cannot put the first flights and the most recent ones into the same calculation,  nor can you compare the tests of those who obviously have not mastered the technology to those who have, such as the United States. Since 2001, their Mars missions have seen 11 successes and no failures. This is the basis on which the future must be considered.

If we assume that Elon Musk's spacecraft will be available, a human landing on Mars will involve less uncertainty than for a robotic mission, because there will be people and fuel reserves on board. Humans will be able to intervene in the event of unforeseen difficulties and the reserves will make it possible to extend the flight. The landing site for this first mission will naturally have to be chosen very carefully.

This content was published on Apr 28, 2021 Apr 28, 2021 Is human exploration of Mars worth the cost and the risk? We hosted a discussion with scientists who come down on opposite sides of the issue.

Weightlessness is of course a problem. However, a distinction must be made between the very first missions, for which there will be no “welcoming committee” of other humans, and the subsequent missions. The first astronauts to land on Mars will have to stay on board for a few days to recuperate and adapt before descending onto the planet’s surface, during which time there will be all sorts of checks to be done. As for the intensity of the weightlessness, one can assume that it will be mitigated by the fact that A on Mars, 1 kilo is still worth 380 grams, and not zero like during space flight. (Mars has 38% of Earth’s gravity). Of course, recreating artificial gravity in flight would be ideal. Solutions are theoretically possible, but they need to be tested.

The high level of noise from the ventilation and air conditioning, the absence of the natural rhythm of days and nights, the social confinement and promiscuity, and the limited quantity of water available will be inconveniences of the journey. It will be necessary to limit them as much as possible, and this will be possible through interventions like active noise control or light intensity variators. The social challenges will be mitigated by the fact that passengers will be extremely motivated by the prospect of their activity on Mars and “time will fly by”.

Radiation is also a real problem, with SePs (solar energetic particles), or protons radiated by the sun, resulting in SPEs, or solar particle events, when the intensity is especially strong. Those events can release GCRs, or galactic cosmic rays, which are composed of heavy atomic elements and are harmful to humans. There is nothing we can do against SPEs and the gamma rays they release, except to take measures to absorb as few of them as possible. The main mitigation measure is to avoid staying in space for too long (six months will do).

Meanwhile, doses of solar energetic particles can be managed if they are not absorbed unprotected. One solution is to take shelter in a chamber with a protective layer of water or even food. That’s because water (and therefore food, which contains more than 90% water) is extremely rich in hydrogen, and therefore in protons. Since the radiation coming from the sun is almost all protons, it will be blocked by the protons in the water. Using such a protective system, two or three round trips to Mars from Earth would be possible without serious consequences.

Can humans survive a stay on Mars?

Unlike on the moon or on the ISS, humans will have all of Mars’s atmospheric resources available and, above all, we will have water. Ice can be mined from below the Martian surface, transported in a solid state and melted in a greenhouse. During the first missions, the cultivation of plants, including algae, and the breeding of fish in tanks would be initiated to grow plants by hydroponics so as not to waste imported nutrients and to avoid the risk of contamination by soil perchlorates. However, for safety reasons, the food necessary for survival will be imported in its entirety for the 30 months of absence, freeze-dried or frozen, with the necessary food supplements to make up for any deficiencies. People will only leave the shelters when necessary to limit radiation doses.

The medical risk is undeniable. There will be doctors among the first astronauts, even if it is only a small group. They will be able to call on the advice of their colleagues on Earth at any time. The medicines imported from Earth will obviously be limited. It will be necessary to choose them carefully and hope that they will cover the needs. It will certainly be necessary to carry out some surgical operations, with the hope that astronauts’ needs in this area are not too serious. It should be noted that on site, all sorts of instruments can be manufactured with 3D printers using the available Martian resources of minerals and gas. It will be necessary to protect oneself from radiation, but in places like the Gale crater, where the Curiosity rover landed, it is half as intense as in deep space.

Spacewalks will be done in a counter-pressure suit (such as the “bio-suit” developed by MIT) to avoid the rigidity of pressurised suits. Habitats should be made viable with a reduced pressure to avoid too great a difference between inside and outside (and therefore stresses on habitat structures) by increasing the oxygen level in proportion.

This content was published on Feb 19, 2021 Feb 19, 2021 NASA science rover ‘Perseverance’ has landed safely on Mars as part of its search for traces of microbial life on the Red Planet.

Dust is still a problem since there is an atmosphere on Mars but no liquid water on the surface. However, this should not be exaggerated. Generally, the dust in the air is not too significant:  the photos taken by Curiosity in the Gale crater clearly show the walls of the crater, several tens of kilometres away. It will indeed be necessary to frequently blow the dust off all mobile equipment and surfaces likely to suffer from abrasion. But there has already been wind erosion on Mars, and the particles are much less aggressive than on the Moon.

The return to Earth will be made with tanks filled with propellants obtained on Mars from CO2 in the atmosphere and local water, via the so-called Sabatier reactionExternal link. The reserves will be built up during the 18 months following the arrival of an unmanned ship on Mars that will be sent ahead of the first manned flight. The manned flight will only launch once it is established that the necessary propellants have been stored.

Although the fuel can only be made through a nuclear reaction, such a method is not dangerous as long as the reaction is not triggered.

Research into solutions for living on Mars will have positive spin-offs for a less wasteful, more efficient life on Earth. A human presence on Mars would make scientific research much more effective. Finally, responding to the call of Mars is also an emotional response to the impulse for adventure and discovery within every human being. And, if the settlement on Mars “takes”, we will have a Planet B, a new opportunity for humanity and a way to conserve its civilisation.

Pierre Brisson is the president and founding member of the Mars Society Switzerland. He is also a member of the management committee of the Planète Mars Association (France). An economist by training (University of Virginia, USA), he is a former corporate banker and a lifelong planetologist.