The Covid-19 pandemic has taken a heavy toll on the Swiss arts scene. Support measures have been introduced to “preserve cultural diversity” and some cantons have even launched monthly income support schemes for artists. But will these measures be enough? 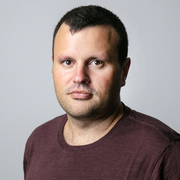 These have been desperate times for many independent artists and event organisers in Switzerland, who say they are struggling to survive in one of the most expensive countries in the world as cultural events have been cancelled or postponed due to coronavirus restrictions.

Switzerland has a rich, extensive cultural scene. But as long as theatre and concert halls remain closed, many artists and others employed in the cultural sector look set to remain dependent on government support. Unfortunately, the jungle of bureaucracy that artists need to go through to secure funds is extremely dense.

Each of Switzerland’s 26 cantons has their own guidelines and practices to help artists in financial difficulty. Other federal emergency funds are also available.

Cultural associations have been submerged with calls from artists desperate to tap into urgently needed support.

“It is really difficult to understand the complexity of the different aid measures, especially when they change every few weeks,” explains Sandra Künzi, president of Theaterschaffende SchweizExternal link, an association for independent theatre professionals.

“The officials who ‘invent’ these measures or implement them are unable to provide a comprehensive overview of all the options, let alone explain the various types of eligibility as well as the application processes. Some requests are rejected because the authorities do not have a clear idea of the artists’ work.”

This problem is not unique to Switzerland. The arts have been hard hit by the Covid-19 pandemic around the world. In June 2020, the Organisation for Economic Co-operation and Development (OECD) said it expected cultural consumption to drop by 75% during lockdowns.

By the end of the year, over half of all actors and dancers in the United States were reportedly out of work. Many US artists - like in Switzerland and the European Union - are either self-employed or work on short-term contracts. For artists who had fragile financial situations before the arrival of Covid-19, the pandemic has led to a questioning of career paths and a search for alternative solutions as state aid arrives late or not at all.

At the beginning of the pandemic, many independent Swiss artists received no support or financial compensation as low as CHF1.60 ($1.70) a day. Some had to return the state support they received as new forms of aid were introduced.

The Covid-19 state support system has been so confusing that some cultural associations have even made animated films to inform artists about what they can apply for.

Last year, scheduled poetry readings, plays and gigs were cancelled or, in some cases, postponed to 2021. This year far fewer cultural events have been planned, but most cantons have paid out compensation for artists’ assumed losses based on their average incomes for the same months in pre-pandemic years.

Artists who are suffering from the endless bureaucracy may find the idea of an unconditional guaranteed basic income appealing. Under such a scheme artists would be entitled to a fixed monthly income during the pandemic without having to declare their financial losses or clarify their professional circumstances. In theory, the authorities would have less work, and the artists would get their money much quicker.

This was probably what many were hoping when Zurich’s culture minister Jacquelin Fehr announced a temporary “replacement income” for artists in January 2021. Canton Zurich no longer wants to base compensation payments on fictive bookings or shows. Instead, it would guarantee a fixed monthly income of CHF3,840 ($4,102).

But Fehr’s proposal has triggered a row between canton Zurich and the federal authorities which has delayed its introduction. Canton Basel City acted much more quickly by introducing a similar package but doing without accompanying federal support.

But not everyone is happy with this kind of state aid. Basel City only pays a maximum of CHF3,000 a month, which is just above the poverty line. And applicants have to declare every franc they earn from other sources, which are deducted from the monthly total. Exceptions are made for people with children.

In Zurich, some artists have also complained about independent earnings having to be deducted from the state support. Others are frustrated that their income was considered too high during difficult periods last year, making them ineligible for financial support.

The fact that only artists who bill independently are entitled to the compensation payment has triggered organised protests in Zurich. According to the Swiss Stage Artists’ Association (SBKV), this regulation excludes 95% of independent performing artists. This may change thanks to a decision by the Swiss parliament.

Before the pandemic, it hardly made a difference to artists whether they billed independently or not. They hardly noticed such formalities, but today these are existential questions for many people.

Canton Basel City said it had received over 130 applications for subsistence assistance two and a half weeks after its announcement. This would amount to a total of CHF2.5 million if the canton pays out at the maximum level. Canton Basel City ended 2020 with a financial surplus of CHF300 million, while canton Zurich forecasts a surplus of CHF500 million.

In a decree published last autumn, the Federal Council (executive body) stated that support measures for artists were intended to “prevent the Swiss cultural scene from suffering lasting damage” and to “preserve cultural diversity”. According to a recent survey in French-speaking Switzerland, 43% of artists in the region worry that they may have to give up their work for financial reasons. For this reason, canton Geneva is also currently examining Zurich’s financial compensation scheme.

Will the new support measures proposed by Zurich and Basel speed up financial aid and make it less bureaucratic and frustrating?

“I cannot really say for sure,” says Sandra Künzi. It’s still early days, and the cantons need more experience. But she remains optimistic: “It will be a win-win situation.”

This content was published on Aug 12, 2022 Aug 12, 2022 New coronavirus infections and hospital admissions are down this week.