The head of a geothermal energy project in Basel which triggered several earth tremors three years ago has been acquitted of causing wilful criminal damage.

The criminal court of Basel City said on Monday that Markus Häring, director of Geothermal Explorers which was in charge of the project, had acted in accordance with the state of scientific knowledge at the time, and had not downplayed the possible risks.

The prosecutor had called for an 18 months suspended prison sentence while the defence pleaded not guilty to charges of causing material damage and flooding.

The tremors had been strong enough to cause cracks in buildings and insurance companies had to deal with claims amounting to about nine million francs ($8.6 million).

The chief prosecutor of Basel City said he would consider an appeal against the verdict, but added that his main goal, to get the issue examined by a court, had been achieved.

The damage was caused when the drilling of a five-kilometre deep well triggered a tremor of about 3.4 on the Richter scale, which was followed by a series of aftershocks.

The well was being drilled as part of the Deep Heat Mining project: it was to have been injected with water to capture underground heat. When returned to the service, the water thus heated - to around 160 degrees Celsius – was to run a steam turbine coupled with a generator.

The project, which was suspended in the wake of the tremors, had the backing of the political authorities and received a SFr30 million credit from the cantonal parliament.

Earlier this month the local government ordered the project to be cancelled. It based its decision on an expert report which concluded that Basel was an unsuitable site for geothermal power generation. It warned that if resumed, the geothermal project could set off about 200 tremors over a 30 year period, with a strength of up to 4.5 on the Richter scale.

Basel is one of Switzerland’s earthquake hotspots. Much of the town was destroyed in 1356, in the biggest earthquake in central Europe in recorded history.

However, experts say energy ventures which exploit the natural heat of the earth have huge potential despite the failure of the ambitious project in Basel.

Eva Schill, professor of geothermal energy at Neuchâtel university, says the Basel project was very bold but the technology used to use the energy source was insufficiently developed.

She pointed out that failures in the oil industry are even more frequent than in geothermal projects, and added that a European research venture in neighbouring France has successfully applied technology similar that used in Basel for nearly 20 years.

For Roland Wyss, managing director of Swiss Association of Geothermal Power, deep heat technology is at an early stage where progress and failure are equally likely.

Both specialists say there are lessons to be learnt. At the same time they see a huge potential for the exploitation of the earth’s heat for energy projects in Switzerland.

Schill highlighted so called hydrothermal projects where lower-lying natural groundwater reservoirs are tapped without drilling at a depth of three kilometres (instead of five kilometres).

“It is done with less technological effort and no artificial stimulation is necessary,” she said.

Hydrothermal ventures are seen as a gradual approach to enhanced geothermal mining. It is crucial to find suitable sites for such projects and examine the technical feasibility, added Wyss.

There is an ironic twist to the prospects for the development of hydrothermal energy. For geological reasons the region around Basel and the Upper Rhine rift is virtually ideal.

Schill pointed out that a hydrothermal venture 1.5 kilometres beneath the surface of Riehen, a Basel suburb, has been running successfully for 15 years.

“Not the least micro-seismic tremor has been recorded,” she added.

Urs Geiser, swissinfo.ch and agencies (with input by Christian Raaflaub)

The Deep Heat Mining project at Kleinhüningen in the city of Basel was officially launched in 2004.

The aim was to inject water into boreholes five kilometres beneath the surface near the river Rhine to capture geothermal heat. Back at the surface the hot water, at a temperature of 160°C would run a steam turbine coupled with a generator.

The venture had the political backing of the authorities and was granted a SFr30 million credit.

Initial drilling at the site triggered an earthquake of about 3.4 on the Richter scale in December 2006 followed by a number of aftershocks which caused damage to the tune of SFr9 million.

As a result the long-term project was suspended before the local government last week decided to cancel it indefinitely. 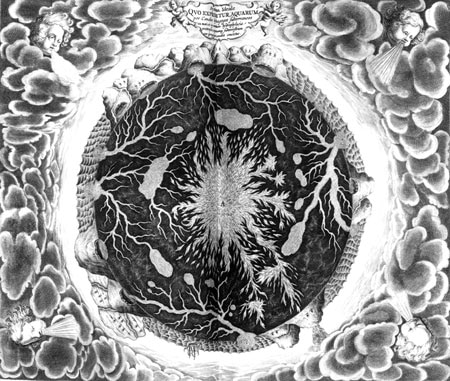 Interest in geothermal projects heats up

Work is expected to start next January on a large-scale geothermal project in Geneva that could provide natural heat and energy for thousands of ...

A series of small earthquakes set off by a large-scale geothermal project has put on hold Switzerland's hopes of tapping into the natural heat of ... 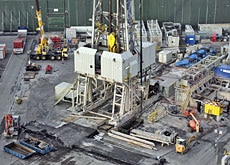 Basel authorities are investigating the risks of pursuing a geothermal project after drilling work triggered a series of earthquakes in the city. ...