Jacques Dubochet of Switzerland's University of Lausanne has been awarded this year’s Nobel prize in chemistry together with two other scientists from Britain and the United States.

Announcing the winners on Wednesday, the Royal Swedish Academy of Sciences said the three scientists helped develop a microscope imaging technique to get detailed images of life’s complex machinery in atomic resolution.

Their research is "decisive for both the basic understanding of life's chemistry and for the development of pharmaceuticals", according to the academy.

"This technology has taken biochemistry into a new era," it added.

A happy and humble Jacques Dubochet reflected on his achievements in Lausanne, hours after learning he had won the 2017 Nobel Prize for Chemistry.

The president of the American chemical society, Allison A. Campbell, described the discovery as the Google Earth programme for molecules.

"[It ]allows the scientist to zoom in down to the fine detail (which) gives you a wealth of information about that protein molecule and how it's interacting with its environment," Campbell told the Associated Press.

Dubochet's key contribution to the cryo-electron microscopy was to cool "water so rapidly that it solidified in its liquid form around a biological sample, allowing the biomolecules to retain their natural shape even in a vacuum", the academy said.

Simply freezing the samples so that water turned to ice was not a solution, as Dubochet himself pointed out today, speaking of the impetus for his project. "Everything that would normally float in the water would be ruined." The achievement was to preserve the structure of liquid water at a temperature low enough so that it would not evaporate.

"Biochemical maps have long been filled with blank spaces because the available technology has had difficulty generating images of much of life's molecular machinery. Cyro-electron microscopy changes all of this," the Nobel statement says.

The award is worth nine million Swedish kronor (CHF1 million).

Swiss President Doris Leuthard congratulated Dubochet on his award, saying it was the result of excellent research and it made her proud of Switzerland.

Dubochet, born in 1942, is an honorary professor of biophysics at Lausanne University and graduated from Basel and Geneva Universities. He is a former employee of the European Molecular Biology Laboratory in Heidelberg, Germany.

His frank and often humorous CV external linkpublished on the University of Lausanne website begins with his being "conceived by optimistic parents", alludes to challenges with dyslexia as a child as well as a fear of the dark.

Speaking of his childhood fear of darkness and scientific curiosity, Dubochet said in an earlier interview: "It was important for me to face my fears and understand the frightening things."

He is the eighth Swiss national to win a Nobel Prize in chemistry. In 2002 Kurt Wüthrich was given the award for developing nuclear magnetic resonance methods for studying biological macromolecules. 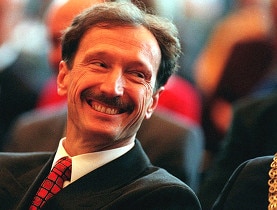 When it comes to Nobel Prize winners per capita, Switzerland is head and shoulders above the competition – but on closer inspection all is not as ...

Switzerland is hailing Kurt Wüthrich as the seventh Swiss scientist to bring home the Nobel Prize for Chemistry. The Nobel committee said there ...

Theodor Kocher, who died 100 years ago, was the first Swiss to win a Nobel Prize in medicine and was the founder of modern surgery. He was ...

Two scientists working in Switzerland have won the prestigious Kavli prize for nanoscience, bestowed every two years by Norwegian and American ...

Britain’s Peter Higgs and Belgium’s François Englert have been awarded the 2013 Nobel Prize for Physics for their theoretical discoveries on how ...