A seismic shift in the composition of migrant workers in the past five years has brought challenges, but mainly economic benefits, according to a report.

However, unions say that the study, which shows the new breed of highly skilled immigrant employees bringing net gains to Zurich and eastern Switzerland, only paints part of the picture.

The Immigration 2030 report by the Zurich Cantonal Bank paints a generally positive picture of migrant employees since Switzerland lifted barriers to European Union workers in 2005. Since then, Germans have outstripped Italians as the largest single ethnic group of migrants in the Zurich area and eastern Switzerland.

Apart from raising housing prices, applying pressure on transport and leisure facilities and outmuscling the Swiss for top management positions, these “new” migrants have plenty to offer, according to the study.

“Most of the migrants are aged over 25 and are working, so that softens the demographic problem of having too many young and old people,” report co-author Michael Hermann told swissinfo.ch.

“They will help plug the social security funding gap. In addition, they arrive already highly educated, thus exporting the cost of education to their home country.”

The study limits itself to the German-speaking part of Switzerland, but covers 14 of the 26 Swiss cantons. An earlier national report produced by think tank Avenir Suisse also drew many of the same conclusions for Switzerland as a whole.

In the Geneva region, Germans are substituted by French and British nationals, but Avenir Suisse immigration expert Daniel Müller-Jentsch told swissinfo.ch that the same net effect could be observed throughout the country.

“The new wave of migrant workers has helped drive economic growth, productivity and innovation,” he said.

But there are some practical problems of introducing so many foreigners into the country at one time. The foreign contingent makes up a fifth of the Swiss population – a figure that is set to grow.

In the past 30 years, Switzerland’s population has risen by 1.5 million to 7.7 million. That equates to 50,000 new people every year, requiring new housing equivalent to the size of Lugano, says Müller-Jentsch.

In recent years, the population boost has been led by foreign arrivals (75,000 in 2008) and they have pushed up the price of housing and rents enormously, particularly in Zurich, Geneva and Zug.

As a result, the extra taxes they pay are largely absorbed by the need for more spending on utilities, he added.

Hermann admits that new migrants are taking up a higher proportion of top management positions, thus holding back career advancement for the native population. The report also shows that wage increases were driven marginally backwards between 2003 and 2008.

But it argues that the biggest wage pressure can be seen within the foreign migrant worker population itself. As more foreigners come to Switzerland for a limited number of jobs, “they create more competition among themselves”, said Hermann.

Avenir Suisse’s Müller-Jentsch pointed out that the greater burden on top wages could help narrow the gap between high and low earners. But he admitted that the recent influx of highly skilled workers demanding big wages has also increased the cost of living for everyone.

The Swiss Trade Union Federation dismissed claims that there has been no pressure on lower wages. Chief economist Daniel Lampart told swissinfo.ch that legal measures designed to prevent wage dumping had not gone far enough.

“We have observed wage dumping in sectors where we do not have minimum wages negotiated into collective agreements,” he said. “The minimum wage in construction offers enough protection. But workers in the cleaning sector and postal services are vulnerable.”

Earlier this year, the federation lambasted the authorities for failing to properly enforce legal measures designed to prevent wage dumping. It pointed out numerous instances of abuse despite safeguards being in place.

And Lampart was not impressed with the Zurich Cantonal bank study suggesting that recent wage dips would be short lived. “When you look at the period covered [2003 to 2008], this was a boom period for the economy,” he said.

“If you allow Swiss employees to pay lower wages to foreign workers, it is evident that they will start to substitute the Swiss workforce.”

How many more to come?

Predicting the future influx of foreigners is a difficult task, but the Zurich Cantonal Bank offers three scenarios for 2030. All examples apply only to the 14 German speaking cantons included in the report.

The first charts the numbers of new foreigners if the status quo of the last decade remains the same.

The number of foreigners would rise by 43% and top a million people (1,064,844) if economic conditions and demand for highly skilled workers increases significantly. In this case, a quarter of all people living in the area would not be Swiss.

The third scenario envisages a situation where the gap between the better standard of living in Switzerland compared with neighbouring countries (notably Germany) diminishes notably.

If the German economy picks up significantly and conditions for its population improves, then there would be a reverse trend. In 2030 there would be 27% fewer foreigners in the Swiss region and they would make up only 15% of the total population. 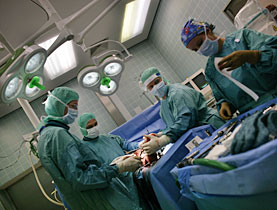 Germans have become the biggest immigrant group - not only in Zurich but across eastern Switzerland - taking the position Italians used to hold. ... 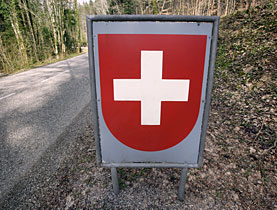 Switzerland is a magnet destination for workers from member countries of the Organisation for Economic Cooperation and Development, according to a ...

It has not been easy for Germans in Switzerland of late – right wingers think there are too many of them, and furthermore, Berlin may well buy ...