For years now the richest Swiss has been a Swede: Ingvar Kamprad, founder of the multinational Ikea furniture chain.

Rich as he is, the 83 year-old, who has made his home near Lausanne for over 30 years, is almost as famous for his parsimoniousness as for his stupendous fortune.

Exactly how much money the family has is a matter of conjecture. Back in 1982 Kamprad established the “Stichting Ingka Foundation” in Leiden in the Netherlands, into which his fortune is channeled. In the Netherlands, foundations are not required to publish their records.

Not surprisingly, this has not stopped speculation about Kamprad’s vast riches. The Swiss economics magazine Bilanz in 2007 estimated his fortune at SFr 35 – 36 billion ($32.5 – 33.5 billion), while the US magazine Forbes put it at a mere $22 billion.

Forbes ranked him the fifth richest man in the world in 2009.

Kamprad's career has been closely shaped by his early experiences. His parents were perennially short of cash. Ingvar, a resourceful child, started a business early on buying matchboxes and reselling them very cheaply, but at a profit.

His thriftiness, which borders on the miserly, is a conversation piece of longstanding. He famously drove an old Volvo for years, and travels second class in the trains. He is also said to have a penchant for waiting to buy goods until shortly before closing time, in order to take advantage of half price knockdowns in the last minutes.

"It's the only way I can understand the needs of my customers," Kamprad has been quoted as saying in defence of his parsimonious lifestyle.

At Ikea, Kamprad has remained steadfast in his goal of bringing quality products to people of limited means. "A beautiful house and lovely life. A better place for children to grow up", he wrote in an internal training brochure for Ikea workers.

This has remained the core of his credo. In order to make stylish furniture affordable, customers have to pick up the goods themselves and put them together at home. Ikea helps out by packing its goods in flat, easily transportable cartons.

By establishing the “Stichting Ingka Foundation”, a charitable foundation whose stated purpose is to promote innovation in architecture and interior design, Kamprad in effect “disinherited” his three sons - Peter, Jonas and Mathias. According to Rüdiger Jungbluth, author of "The Eleven Secrets of Ikea's Success," this was intentional. Jungbluth says Kamprad wanted to avoid his sons one day fighting over his fortune.

Kamprad also thought it important that his sons work to achieve something in life, and not grow up as privileged rich kids with the attitude that the family’s immense wealth meant they could take things easy. All three sons work for Ikea. This dovetails with Kamprad’s still strong identification with his upbringing in humble circumstances in southern Sweden.

The first Ikea outlet was in Älmhult in Sweden, not far from Kamprad’s birthplace. From Sweden the stores spread to Norway and Denmark.

Switzerland played a key role in the expansion of this "impossible furniture store,” as an Ikea ad put it. The first Ikea store outside Scandinavia opened in the suburbs of Zurich in 1973. It was the test run for Kamprad's motto: "If it works in Switzerland, it'll work anywhere." Which it did.

At the end of the 2009 financial year, Ikea had 267 stores in 25 countries. It has long since expanded beyond furniture sales to offering home accessories of all kinds, from candles to rugs to lamps.

Notwithstanding Ikea’s phenomenal success, Kamprad has made mistakes, both business and human. He has apologized publicly for what he says he considers "the biggest idiocy of my life”, when as a young man he provided financial support to a Nazi group.

Although he has not officially been involved in the running of Ikea for years, he retains the title of senior advisor. Ikea employees uniformly say Kamprad still makes the calls on big decisions.

1973: 1st Ikea shop outside Scandinavia opens in Spreitenbach near Zurich.

1976: “Biography of a furniture salesman”: Kamprad publishes the Ikea philosophy.

According to the Swiss economics magazine Bilanz, the three richest foreign citizens living in Switzerland in 2009 and their estimated fortunes were:


(Adapted from German by Kathleen Peters and Julia Slater), swissinfo.ch 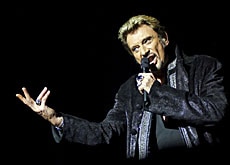 Ultra-rich foreigners are flocking to Switzerland in increasing numbers to take advantage of controversial lump sum tax arrangements offered by ... 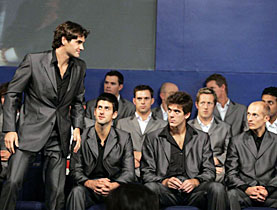 Federer adds his name to those with a fortune

Tennis star Roger Federer has just joined the select group of the 300 wealthiest residents of Switzerland, according to an annual survey published ... Commodity trader Marc Rich admits he's been painted as a "devil", but a new book by a Swiss journalist describes the billionaire as neither saint ...