On Friday, the Treaty on the Prohibition of Nuclear Weapons (TPNW) officially enters into force. Adopted by 122 countries at the United Nations General Assembly in 2017, it has been signed by 86 states (not including Switzerland), of which 51 have ratified it. But will it be effective? 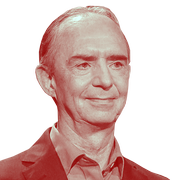 head of arms proliferation at the Geneva Centre for Security Policy

The International Campaign to Abolish Nuclear Weapons (ICAN), a coalition that won the Nobel Peace Prize in 2017, is a civil society initiative that has been supported by a majority of countries, with the notable exception of those possessing nuclear arms and their allies. The TPNW’s critics say that because of this, the new treaty will have no impact on nuclear disarmament. Whatever the case, it is worth considering if and how banning nuclear weapons can promote their elimination.

The adoption of the TPNW was welcomed in 2017 by many people with joy and relief. The nuclear-weapon states, however, reacted either with a deafening silence or by expressing their dismay at the treaty. This formal agreement is the result of numerous international conferences on the humanitarian consequences of a possible nuclear explosion and of weeks of discussions in Geneva. Most of the states with nuclear weapons boycotted these sessions and opposed the negotiations in New York.

The main bone of contention was the interpretation of the 1968 Treaty on the Non-Proliferation of Nuclear Weapons (NPT). The five NPT nuclear-weapon states (China, the United States, France, Britain and Russia) argued that no time constraint was imposed on their legitimate right to possess nuclear weapons as it was enshrined in this document. Meanwhile, most non-nuclear weapons states argued that they had renounced these weapons in exchange for a commitment to nuclear disarmament half a century ago. Nuclear powers such as India and Pakistan, which are not parties to the NPT, regretted losing the Conference of Disarmament veto power during negotiation of the treaty.

Certainly, the two principal players, the US and the USSR/Russia, have reduced their nuclear arsenals from 70,000 at the height of the Cold War to 12,000. The worldwide total figure includes an additional 1,200 nuclear weapons belonging to the other nuclear states (including North Korea, India, Israel, and Pakistan). But such arsenals are still capable of wiping out humanity and the planet; a nuclear war between India and Pakistan could cause a global famine killing up to two billion people due to the impact it would have on the global climate.

As recognised by the International Court of Justice in 1996, the use of nuclear arms is not compatible with states’ obligation to distinguish between civil and military targets, or to abstain from causing “unnecessary injuries or suffering”. It is this approach which rallied such a large number of states.

Can the city of peace stop the arms race?

This content was published on Feb 11, 2019 Feb 11, 2019 Can disarmament bodies in Geneva world help as the world appears to slide dangerously towards another arms race?

What the treaty changes

Nuclear-weapon states and their allies say the TPNW does not impose any obligation on them, including under customary law. Can nuclear weapons therefore be considered illegal? It is obvious that is what states party to the TPNW believe. If certain allied states adhere, the provisions of the treaty on non-deployment or the non-transfer of nuclear weapons will, of course, impact the states with nuclear weapons. What is most likely is that, in states that are party to the TPNW, banks, businesses, universities, or individuals will be banned from contributing to the development of nuclear weapons, even in non-party states. In the states party to the TPNW, national courts could also accept damages claims resulting from nuclear tests or weapons that have been built. They may demand compensation from the nuclear-weapon states. The TPNW should encourage debate within nuclear-weapon states in favour of a redistribution of the huge resources of the nuclear deterrent towards public health or social needs.

These indirect effects will help to further stigmatise and delegitimise nuclear weapons. If they are sincere in pursuing their stated long-term disarmament aims, the nuclear powers and their allies will have numerous occasions to get to work, even outside of the TPNW. The international security framework (the New START treaty, INF treaty, Iran nuclear accord, Open Skies, etc.) needs to be restored in the wake of attacks by the Trump administration. And continuing to declare nuclear weapons are vital for their own security but inacceptable for the rest of the world will only encourage proliferation, as the North Korea situation has shown.

Switzerland, where both houses of parliament voted in favour of signing the TPNW, cannot remain for ever on the sidelines and forgo its role as guardian of international human rights. Nor can it hide behind pressure from NATO or the rejection of the treaty by the nuclear powers to abdicate its responsibility. Remember that it was at Switzerland’s initiative that in 2010 all the states party to the NPT declared themselves “profoundly concerned about the risk that nuclear weapons could be used and the catastrophic humanitarian consequences that would result from such employment”.