The US government’s decision to “re-engage” with the Geneva-based United Nations Human Rights Council is a big step toward the multilateral support for human rights that US President Joe Biden has promised. Yet key details remain to be worked out, writes Kenneth Roth of Human Rights Watch. 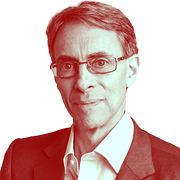 Former President Donald Trump relinquished the US seat on the council mainly because of the body’s repeated criticisms of the Israeli government and because its membership includes “some of the world’s most serious offendersExternal link”.  Biden’s secretary of state, Antony Blinken, said the administration would engage with the council “immediately and vigorously”. That has already begun - for example, for this month’s special session on the Myanmar military’s coup. For now the US is only an observer, but Linda Thomas-Greenfield, Biden’s nominee as US ambassador to the United Nations in New York, said External linkthat the US government “will run” as a candidate to rejoin the council, presumably at the next opportunity in October.

However, Thomas-Greenfield added two caveats. First, she described the administration’s determination to “push back on UN human rights violators who want to be legitimized” by joining the council. Second, she said the administration would seek “fewer resolutions against Israel”.

The administration rightly notes that the council includes among its 47 members some highly abusive governments, such as China and Russia. They seem to have joined the council only to undermine its work and to deflect criticism of themselves. The problem should not be overstated: even with its current membership, the council regularly votes to secure investigations and condemnations in such places as Myanmar, Syria, Iran, Belarus, Eritrea, Burundi, Venezuela, Libya, and North Korea. Still, ridding the council of its more abusive members is a laudable goal.

The session takes place from February 22 to March 23 at the UN in Geneva. Swiss foreign minister Ignazio Cassis will join UN Secretary-General António Guterres as well as the UN’s High Commissioner for Human Rights, Michelle Bachelet, in addressing the assembly on the opening day.

In the first week, representatives from more than 130 countries will discuss much anticipated reports on Belarus, Yemen and Sri Lanka. In Belarus the government has cracked down on protestors after elections last year condemned as fraudulent, while Yemen is in the middle of a civil war. In Sri Lanka, UN human rights officials are increasingly frustrated by the government’s apparent unwillingness to address atrocities committed during the civil war.

Later in the session, member states will receive reports on various countries, including Myanmar, Venezuela, and North Korea, and decide whether to take action on them.

The council was created in 2006 largely to address the problem of abusive members, which had plagued its predecessor, the UN Commission on Human Rights. The solution was to have competitive elections to allow opposition to candidates that had failed to “uphold the highest standards in the promotion and protection of human rights”.

For several years that approach made progress, with abusive candidates either rejected through a vote (Belarus, Azerbaijan, Sri Lanka, Russia) or withdrawing their candidacy rather than face a humiliating defeat (Syria, Iraq). But the regional groupings from which candidates are selected now often game the system by putting forward “closed slates”—that is, the same number of candidates as openings—effectively denying other governments a choice. The Western group is a prime offender, because its governments do not like the campaigning that would otherwise be needed to secure a council seat.

When there is a competitive slate, abusive states can be rejected, as occurred in October when Saudi Arabia lost its bid for a council seat, receiving the fewest votes among the five candidates from the Asia-Pacific region for the four available seats for that region. China placed next to last, meaning it might have been denied a seat, too, had just one more candidate run from that region.

The best thing the Biden administration could do to address the membership problem would be to press all regions, including the Western one, to nominate competitive slates as a matter of principle. It could also provide economic assistance to smaller states with good human rights records to bolster their Geneva staff enough to enable them to offer themselves as candidates.

Once elected, all states should be held to an appropriately high standard. When allies vote the wrong way—India, for example, opposes most human rights initiatives at the council—rights-defending governments should make it a bilateral issue.

Regarding criticism of Israeli governmental conduct, the administration will need to show that its aim is not to avoid any criticism but only excessive criticism. One long-term US complaint has been that occupied Palestine is the only situation to have its own special place on the council’s agendaExternal link, Item 7. Biden could show that his concern is one of principle by vowing to vote for resolutions about Israeli policy that are proposed through the council’s other agenda items, such as Item 4 on “human rights situations that require the Council’s attention” or Item 2 on reporting by the UN commissioner for human rights.

As for the number of resolutions on Israel, if the US administration wants fewer, it could support a single, consolidated resolution on Israeli policies in lieu of the current piecemeal approach—for example, combining such issues as the illegal settlements, arbitrary detention, the excessive use of lethal force, and the blockade of Gaza—so long as it presses for an appropriately tough resolution rather than a watered-down one. Biden should also stop the US government’s practice of vetoing most resolutions on the Israeli government at the UN Security Council - one reason cited by other governments for the need to turn to the Human Rights Council, where there is no veto. (President Barack Obama at the end of his term did allow the Security Council to adopt one resolution demanding an end to Israeli settlements in Palestinian territory.)

Were the Biden administration to take these principled stands, it is likely to find supporters and would stand a good chance of changing the council’s approach. But if the administration is seen to be pursuing another effort to shield Israeli abuses, it is unlikely to get anywhere.

In seeking these changes, the Biden administration should not pursue an open-ended “reform” process the way Trump did without a clear commitment from a solid majority of states for genuine reform. Otherwise, it would risk undermining the council—which may have been Trump’s purpose—by reviving past anti-rights proposals such as requiring a two-thirds rather than simple majority to condemn an abusive government, limiting the independence of council-appointed experts, and restricting participation in council debates by nongovernmental human rights groups.

Human rights law is powerful precisely because it applies to all governments—the strong and the weak, friends and foes. Biden knows that. The only question is whether he will live by it.