Swiss financial regulators have been dealt a blow by the acquittal of Russian tycoon Viktor Vekselberg and two co-defendants for alleged stock market abuses.

A court ruled that there was no proof to justify record SFr40 million ($40.6 million) fines levied by the Swiss finance ministry for each of the trio after the takeover of industrial company Oerlikon.

The reputation of the finance ministry was further battered by its failure to send a lawyer to the two-day hearing in Bellinzona or to provide further evidence when ordered to do so by the court.

Explaining its decision on Thursday, the court said the accusation of an undeclared and illegal conspiracy between the defendants to take over Oerlikon by stealth lacked both proof and “material plausibility”.

“The case did not even pass the first threshold of establishing proof,” he told swissinfo.ch. “The speed and wording of the court decision sent out a clear signal that it did not understand why it had even ended up at its door.”

Vekselberg has frequently been in the news since his business group Renova started buying up large chunks of the Swiss industrial landscape in 2006. The foreign acquisition of Swiss household names in the industrial sector was also being carried out separately by Austrian group Victory, run by Georg Stumpf and Ronny Pecik.

The crux of the prosecution case hung on the 2006 trading of Oerlikon shares between Renova and Victory. The finance ministry fined Vekselberg, Pecik and Stumpf SFr40 million each after ruling that the trades showed that the two companies were acting in an undeclared alliance.

The fines, issued in December of last year, were described as “far-fetched” and “a slap in the face” by some members of the incredulous media.

Renova issued a statement after the court ruling, saying that the evidence gathered by the finance ministry and regulators represented “nothing more than the normal market behavior of two independent shareholders in a publicly listed company”.

The finance ministry said it would not comment until it had digested the complete court ruling. But it now faces a lot of hard questions from industry, the media and the Swiss stock exchange (SIX).

In June, SIX publicly complained about the lack of action being taken to crack down on trading irregularities despite hundreds of cases being reported.

SIX spokesman Werner Vogt told swissinfo.ch that there had been just one prosecution in ten years, resulting in a SFr50,000 fine. “It is obvious that there are weaknesses in the enforcement of legislation,” he said.

Kunz believes that the embarrassing ease with which the finance ministry’s case was dismissed makes an appeal unlikely. He also added his voice to those questioning whether the finance ministry is up to the task of being the Swiss financial market’s enforcer.

“There appears to be some structural problems,” he said. “Perhaps the finance ministry is not the right organisation to be issuing fines. It could be argued that this should be done by the courts.”

The legal defeat also casts a cloud over a separate investigation into Renova and Victory by the Swiss Financial Markets Supervisory Authority (Finma) concerning the takeover of engineering firm Sulzer.

Unlike in the Oerlikon case, Finma expressed a clear and public judgment that Victory and Renova had failed to properly disclose their purchases of Sulzer shares.

The investigation report now lies in the hands of the finance ministry that must now judge whether to hand out further punishments to Vekselberg, Pecik and Stumpf.

Viktor Vekselberg was rated as Russia's fifth-wealthiest individual, with an estimated personal fortune of SFr8.1 billion ($6.52 billion) before the financial crisis struck.

Married with two children, he lives in Switzerland, having bought a luxury apartment in Zurich. He is an avid collector of Fabergé eggs.

He is chairman of the Renova Group, which has had a long association with Zug-based commodities firm Glencore but started acquiring stakes in Swiss manufacturing companies in 2006.

At first, Renova and the Austrian group, Victory Holding, acted independently as they bought into Swiss companies. But they teamed up briefly to form a third enterprise, Everest, before the venture fell apart acrimoniously.

One of the points the Bellinzona court must decide is exactly when that alliance was officially announced and if any cooperative activity can be proved before this date.

Victory has now largely withdrawn from the Swiss market, leaving Renova with majority stakes in Sulzer and Oerlikon – that own Saurer.

Vekselberg has repeatedly denied reports that he wants to merge the three Swiss companies into a single industrial powerhouse.

The Russian has also denied he is in Switzerland for a quick buck and says he will help open up his lucrative homeland market for his Swiss firms.

Earlier this month it was reported that Vekselberg had lent his weight to a project that would commission Zurich’s Technopark to help Russia set up its own “Silicon Valley”. 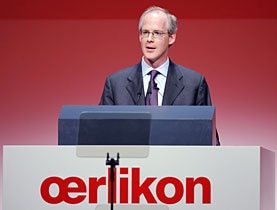 Russian billionaire Viktor Vekselberg has wrestled control of Swiss engineering company Oerlikon after a long battle with its Austrian majority ... 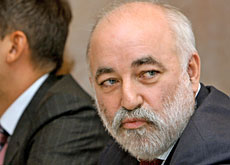 A spate of company takeover activity by foreign equity firms has sparked a debate in Switzerland about the intentions behind the deals. Two ...

Russian tycoon Viktor Vekselberg is set to challenge the Swiss finance ministry’s authority by contesting a massive fine for alleged breaches of ...