Swiss scientist Louis Agassiz was one of the most influential researchers of the 19th century, promoting the Ice Age and boosting science in the United States.

Yet 200 years after his birth his legacy is almost invisible, tainted by his opposition to Darwinism and his publicly stated racism.

But Agassiz's name has spread far and wide, having been given to hundreds of animal species, a neighbourhood in Boston, schools, a prehistoric lake in North America and even a promontory on the moon as well as a crater on Mars.

In 1846 Agassiz crossed the Atlantic to study the natural history and geology of North America and deliver lectures.

But instead of returning home to Neuchâtel, where he had built his reputation, he convinced himself that opportunity beckoned in the United States. The financial and scientific advantages were strong enough to make him accept a position at Harvard University in 1848.

"But it wasn't Harvard that made Agassiz, it was Agassiz who made Harvard," Marc-Antoine Kaeser, a professor of science history at Neuchâtel University, told swissinfo.

For the Americans, Agassiz was a prize catch. He was already famous for his research on fish, but also as the main promoter of the Ice Age theory, whereby glaciers had once covered much of the planet.

For the Swiss scientist, it was a less obvious choice. The US was considered at the time to be an academic backwater, but what he saw was potential and a chance to make an impact.

"I shall exert a more advantageous and more extensive influence on the progress of science in this country than in Europe," Agassiz wrote in 1855.

Just how influential he became was demonstrated at the founding of the American National Academy of Sciences in 1863, according to Kaeser. "A painting of the signing of the academy's charter includes Agassiz, standing right next to President Lincoln."

Agassiz was also incredibly popular with ordinary people, who responded to his idea that if you want to understand God, "look at Nature, not Books". His public conferences were attended by up to 5,000 people; tickets were even sold on the black market.

So where did it all go wrong for this workaholic who once declared he could not afford to waste his time making money and was ready to sacrifice everything to science?

Two words sum it up: Darwin and racism. He was considered the most important scientific opponent of Darwinism, refusing to admit the evolutionary theory of the English naturalist.

Agassiz's opinions alienated most of his colleagues who rallied to Darwin's cause.

Ironically Agassiz's work on fossils backed up Darwin's theories, but while Darwin would say this demonstrated an evolution, Agassiz believed in a divine filiation – a series of creations.

But Kaeser says Agassiz would not have recognised himself as one of the promoters of today's Creationism, which has taken over his theories to promote religion in science classes.

"He was betrayed after his death by the Creationists," Kaeser said.

Agassiz's racism proved more problematic and is probably what has seen him vanish as a public face of American science. After arriving in the US, he felt confronted by black people and wrote to his mother that he felt physically ill in their presence.

He certainly believed in the separation of the races and his own theory was blacks and whites had different origins.

While it was not an unusual position at the time, his influence meant that his words had a major impact on the debate about racial equality and slavery.

"His behaviour stank," Kaeser told swissinfo. "His use of the media was hypocritical and his mixing of science and politics was unethical."

This probably goes a long way to explaining why Agassiz lies almost forgotten in Mount Auburn cemetery in Cambridge, Massachusetts, while the tercentenary of the birth of Swiss mathematician Leonhard Euler is being celebrated around the world.

A life of science

Born on May 28,1807 in Môtier, not far from today's Swiss capital Bern, Agassiz was the son of pastor. He later studied medicine in Switzerland and Germany.

His career took a decisive turn when he was mandated to produce a history of Brazilian freshwater fish, taking over from a deceased naturalist who had collected a series of specimens.

His work attracted the attention and the backing of Georges Cuvier and Alexander von Humboldt, two of Europe's leading scientists.

In 1832 he was lured to Neuchâtel (which had no university) with the prospect of carrying out his research without being disturbed. His work covered all aspects, from study in the field all the way through to the publication of his results.

It was during this period that he also worked on developing the theory of the Ice Age, including time spent observing the movement of the Unteraar glacier.

After moving to the US and taking up teaching duties, he influenced a number of soon-to-be prominent scientists, including Joseph Le Conte (co-founder of the Sierra Club), David Starr Jordan (first president of Stanford University) and Joel Asaph Allen (co-founder of the Audubon Society). 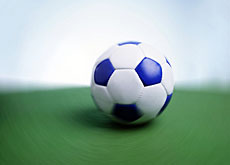 Leonhard Euler, who was born in Basel 300 years ago this month, left his mark on the world in more ways than can be imagined. Yet few ...