The Swiss health system is one of the most expensive in the world. Swiss people also have among the longest life expectancies. So can we assume there is a correlation between money invested by a country, and citizen health? We show here that there is indeed a link. However, for developed countries like Switzerland, the relationship between expenditures and benefits for citizen health is much less clear. 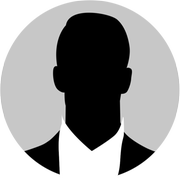 Specialist in federal politics. Earlier worked at the Swiss national news agency and at Radio Fribourg.

It has become a ritual. Each autumn, the Swiss authorities announce a new increase in health costs and, consequently, health insurance premiums. These have increased enormously over the last two decades, to the point of becoming a real burden for part of the population.

Perhaps it is small consolation for those insured, but there is a correlation between healthcare expenditures and life expectancy, one of the simplest indicators of the health of a population. The statistics presented below show that developed countries have massively increased their spending on health issues since 1970, and that life expectancy has followed the same upward trend, with varying degrees of success.

At the global level, as illustrated in the graphic below, life expectancy is higher in countries that dedicate significant resources to health. This link is, however, not linear, and one can see a plateau for all developed countries. In other words, for these countries, there is no clear link between spending on health and life expectancy.

A notorious and glaring example is the United States, where health care spending is by far the highest in the world. However, the life expectancy is less than that of Lebanon, which invests nearly ten times less money on health per capita than the United States.

Another example is Vietnam, which spends $390 each year on health per person (7.1% of its GDP), and has a respectable life expectancy of 75.6 years. Meanwhile in Russia, where the annual health expenditure per person is $1,836 (also 7.1% of GDP), the life expectancy is "only" 70.4 years.

These differences can be explained by the fact that apart from the health system, there are other factors that directly influence state of health and life expectancy: eating habits, levels of pollution, genetic predispositions, prevalence of tobacco and alcohol use, etc.

Increases in life expectancy can be attained with inexpensive measures. For example, by reducing infant mortality with vaccines, life expectancy increases widely. But in countries where life expectancy has already reached a high level, more and more resources are allocated to treating long-term and costly chronic illnesses.

But returning to Switzerland, we see that money isn't everything. As the graph indicates, budgets allocated to health vary greatly across cantons. The premiums paid by those insured are, unsurprisingly, proportional to the cantonal budgets (the dotted line illustrates this linear relationship).

But if the premiums paid by insured people vary considerably by canton of residence, the differences in terms of life expectancy are minimal, with a minimum average of 79.4 years in Basel City and a maximum average of 81.6 in Zug.