Over the last five decades, the objective of reducing poverty has overtaken that of reducing inequalities in the countries of the South. Three decades of neoliberal politics have also made us more indifferent, including to some forms of inequality that may be life-threatening. 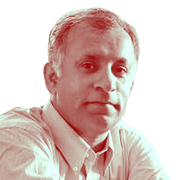 The renewed attention to economic and social inequalities in the North is timely and welcome. In the South, however, poverty reduction remains the priority, mainly to be achieved through faster growth notwithstanding worsening income and wealth inequalities. Interest in reducing inequalities in the South began to wane half a century ago under the influence of Western aid policies that prioritised basic needs and poverty reduction over measures like land reforms that could both alleviate poverty and mitigate rural inequalities. This indifference has hardened over the years into systemic neglect.

Inequalities, we always knew, diminish human life. The pandemic has revealed something else we always knew, but chose to ignore as trivial: inequalities can be life threatening. In revealing the nexus between discrimination and inequality, Black Lives Matter lifted a veil on hidden inequalities and succeeded to some extent in rewiring our shock reflexes. The stark racial and social differences in COVID mortality may not otherwise have gained the same attention. Racial differences in maternal mortality rates have also recently been in the news. They may not surprise most of us, yet have now a capacity to shock.

Recognising and tackling inequality involves deliberate political choices. There is no reason, a priori, to expect societies to tend towards greater equality. Moreover, decades of neoliberalism have so hollowed out political institutions and norms of accountability even in countries that nominally count as democracies, that there is the risk of new, life-threatening forms of inequality failing to register forcefully enough on our radars.

Take for instance clean air. Developing countries have the worst air quality according to most rankings; 27 of the 30 cities with the highest levels of air pollution are in South Asia. WHO estimates there are 7 million premature deaths worldwide every year from air pollution, which has a disproportionate impact on the relatively poorer inhabitants dwelling in streets and slums, or working outdoors in the toxic air. Historically, the air in rapidly growing industrial cities all over the world has been deadly, often for long periods. So long as rich and poor are forced to breathe the same air, we can reasonably expect the political will for a cleanup. But one may wonder whether or how such will might materialise when the rich are able to live seclude themselves in environment-controlled climate bubbles produced by air purifiers, air filters, and air conditioners.

The privatisation of clean air, with all its consequences for health and morbidity, and its disappearance as a commons may reflect the appalling levels to which inequality can extend. It is not an isolated instance. Many of us would sooner eat sashimi in southern cities than drink water from local taps. Domestic water purifiers affordable to the middle classes have relieved municipal authorities of the obligation to provide clean drinking water. While those who cannot afford water purifiers manage as best they can, the sale of potable water has become a booming business. And at least in Bengaluru, India, where middle-class apartment complexes in some newer neighbourhoods rely on tankers to ferry ground water by road over long distances, a powerful “tanker mafia” was reported to have held up plans for public water supply schemes.

Public healthcare and education have likewise collapsed in many poor countries because the middle classes have fled to private clinics, hospitals and schools, most of which operate for profit. The perverse incentives and effects of “for profit” healthcare are well recognised. For all we know, pervasive microbial antibiotic resistance may well one day turn out to be its most “democratic” legacy. Private schools are, as we know, a slippery slope to inequality of access to university education and employment. Security is another good where privatisation and inequality have gone hand in hand, as the rich retreat into gated communities and the public guardians of law and order vent their thwarted authority on the poor and powerless.

It is hard even in the times of COVID to imagine a dystopian world in which clean air comes at a price. Yet it is a sobering thought that, whether from optimism or a sense of fatalism, we may be prone to normalising outcomes that have been bitterly contested in the past, without fully appreciating all the stakes involved. Consider how historical enclosures of the rural commons tend to be viewed. Restrictions on foraging forests for food, fuel or fodder, grazing on common lands, fishing public streams, etc., deprived the rural poor of their customary rights and aggravated poverty and inequality. As is well-known, this process of enclosure entailed profound consequences for land tenure, ownership, and the emergence of wage labour and agrarian capitalism. But arguments that privatising the commons fundamentally reconfigured our relation to nature, commodified its everyday gifts as a prelude to commodifying and monopolising other essentials of life to foster new relations of power, do not usually receive the consideration they deserve. Such perspectives may, however, help us better recognise and understand a phenomenon like the privatisation of clean air.

We cannot always trust our social science sensibilities to recognise inequalities, many of which we may be unaccustomed by experience to seeing. Black Lives Matter has retaught us the role that power plays in producing, reproducing, displacing, and suppressing inequalities. It has also shown us the ubiquity of denial – just consider what it took for society to acknowledge the reality of discrimination against women or Dalits – and the kind of mobilisations required to render inequalities visible and affirm them as such.

The views expressed in this article are solely those of the author, and do not necessarily reflect the views of SWI swissinfo.ch. This article first appeared in the March 2021 issue of Global ChallengesExternal link, IHEID.