Fighter jets are an integral part of the security system keeping Switzerland safe, argues People’s Party member Thomas Hurter in the lead up to the September 27 vote. 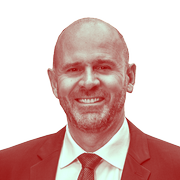 Thomas Hurter is a Swiss People’s Party member of parliament, a former military and airline pilot and president of Aerosuisse, the umbrella organisation for Swiss air and space travel.

On September 27, Swiss voters face a fundamental decision: do they want to maintain an independent air defence capacity or not? Government and parliament want to update the country’s air defence by replacing fighter jets that have been in operation since 1978 and 1996. The new ones will cost a maximum cost of CHF6 billion.

Every neutral, sovereign country has its own air force, including functioning fighter jets.

Thomas Hurter is a Swiss People’s Party member of parliament, a former military and airline pilot and president of Aerosuisse, the umbrella organisation for Swiss air and space travel.

Alongside its defence role, the air force also carries out monitoring tasks and rescue operations in peacetime, rather like the police on the ground. It provides security for conferences and helps aeroplanes in trouble. But the defence of the population can only be ensured if the ageing fleet is replaced. This would also ensure it can continue to provide support for ground troops in future. If the population rejects the procurement in the autumn, Switzerland will no longer have an air force after 2030 and it will be unable to carry out its duties and fulfil its military defence obligations.

Both the purchase and the maintenance of the new aircraft would be financed exclusively from the regular military budget. No supplementary or special financing is necessary, and neither the education budget nor any other state service will be cut as a result of the procurement.

The state has a number of tasks to fulfil, among them a responsibilities for the safety of the army; it rightly allocates part of its budget to this.

Purchasing the necessary services for defence and day-to-day air policing from an external provider would definitely not work out cheaper than procuring it ourselves. For Switzerland, a neutral country, a defence pact with the North Atlantic Treaty Organisation (NATO) is out of the question from a legal perspective. The problems of procuring masks during the coronavirus crisis have shown that every country looks after itself first.

The opponents of the purchase, particularly in the Social Democratic party, often bring up alternatives to fighter jets such as training aeroplanes, helicopters or drones. The Federal Department of Defence, Civil Protection and Sport has classified these options as inadequate for air force operations because they don’t fly high and fast enough.

But behind these social democratic proposals is another motive: its goal is to abolish the army, something printed in black and white in their political programme.

Relying on ground based air defence systems alone is not a sensible option, as these weapons simply shoot down foreign objects. With aircraft, problems can be identified in the air and on that basis, necessary decisions can be made.

And keeping the F/A-18 fleet in operation for longer is not practical because these planes will reach the end of their shelf life in 2030. Maintaining them beyond this date would cost the state a great deal of money.

It’s the same story as with any vehicle: at some point, a car reaches the end of its working life and has to be replaced. Procuring new fighter jets cannot be postponed. It has to happen now, not least because the entire evaluation process will take about ten years.

Our security is ensured by a system of parts: not just the ambulance, police and fire services but also military forces on the ground and in the air. All the elements in this chain need the capacities and means to carry out their tasks. The current global situation shows us just how unstable some regions of the world are. It is therefore important to look ahead and invest in our current and future security.

What is true for the fire service is also true for the air force: you don’t wait until the house is burning to buy a new fire engine.

No to ‘unnecessary luxury planes’, yes to a ‘defence system adapted to the risks’

This content was published on Aug 20, 2020 Aug 20, 2020 The purchase of new fighter jets is “a superfluous luxury for the daily air police”, argues parliamentarian Brigitte Crottaz.