Ten years ago, the Fukushima nuclear catastrophe in Japan prompted public and politicians to question Switzerland’s nuclear energy policies. But did the “Fukushima effect” have a lasting effect on mentalities? 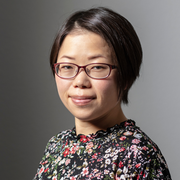 Giovanna Magistretti, a university student in Bern, was 11 years old when she first heard of the Fukushima earthquake, tsunami and the consequent nuclear accident. She was living near the Mühleberg nuclear power plant at the time, which had started to operate in the same period as the Fukushima plants. “I was afraid that if there was an unexpected natural disaster, the same thing would happen here,” she recalled.

On March 11, 2011, an undersea earthquake with a magnitude of 9.0 and subsequent tsunami left approximately 20,000 people dead or missing. Up to 165,000 people were evacuated following a nuclear accident at the Fukushima power plant.

The accident prompted a review of many countries’ nuclear policies. German Chancellor Angela Merkel decided on a basic policy to eliminate nuclear power by 2022. The Swiss government announced that the country would not build any new nuclear power plants and would decommission its five nuclear reactors after they reached the end of their life.

The announcement was followed by a much-heated debate over the deadline for completing the phase-out. In March 2016 the upper and lower houses of Parliament decided not to set a deadline for the life of nuclear power plants. The original deadline, which had been set at 34 years, was shelved.

In November of the same year a popular vote rejected an initiative that would have banned the construction of nuclear power plants and limited to 45 years the use of existing ones. Opponents at the time argued that a hasty departure from nuclear power would lead to a higher dependence on imported electricity.

The “New Energy Law”, which put the energy strategy into legislation, was passed by Parliament in September 2016, but was put on hold by the referendum launched by the People’s Party, which said that the burden of the higher electricity prices would be too heavy for consumers. A referendum in May of the following year finally confirmed Switzerland's commitment to phase out nuclear power by 2050.

Ten years on, how much of that debate is still on Swiss people’s minds? Not much. A survey by gfs-zurichExternal link showed that in 2011, opinions in Switzerland were clearly in favour of the statement: “the risks of nuclear energy are not acceptable”. After that date, however, public opinion shifted towards “acceptable”. By 2013, the researchers concluded that the “Fukushima Effect didn’t bring a sustainable change to Swiss attitudes towards nuclear power”.

“No one asks me about the dangers of Fukushima anymore,” said Thomas Köhler, who spent five months on foot 10 years ago travelling across Japan, and later started a Swiss-based travel agency specialising in Japan. Fukushima is not as popular a tourist destination as Tokyo or Kyoto, but it is attracting mountaineers. “Many people have probably forgotten about the accident,” he said.

The number of news reports that include the word “Fukushima” has been decreasing every year. It is no longer a theme that drives public opinion in Switzerland.

Nonetheless, grassroots efforts are being made to create new memories of 3.11.

In 2018, the swiss writer Adolf Muschg published a novel titled “Heimkehr nach Fukushima” (Return to Fukushima). It begins with a German architect, Paul Neuhaus, visiting Fukushima at the invitation of a Japanese acquaintance, to create a settlement for artists. The idea of  bringing in artists and residents to the region was inspired by Iitate Village, which Muschg visited in 2017. The book is scheduled to be published in Japanese this summer. The theme of the book is memory and remembrance.

“People cannot live without forgetting. But in order to be a person, you must not forget” – this is one of the messages Muschg included in his novel.

In April 2019, Giovanna Magistretti, the student, visited Fukushima City for the first time with colleagues from the Swiss Judo Federation. Fukushima is Switzerland’s host townExternal link for the Tokyo Olympics and Paralympics, and has been organising exchanges with Swiss athletes  and cultural events.

‘Switzerland is going to face an unimaginable level of poverty’

This content was published on May 5, 2020 May 5, 2020 The queues for food in Geneva show that while the health crisis seems to be subsiding, the economic crisis has only just begun.

“I knew that Fukushima was uncontaminated, but some people around me were worried about radiation levels when they heard the word Fukushima,” she said. She was able to enjoy the cherry blossoms in full bloom and the judo exchange.

The debate around nuclear power plants in Switzerland began in 1969 with the commissioning of Beznau 1, the first commercial plant in the country. Since 1979, six votes have been held about nuclear power, most of them ending in pro-nuclear outcomes before Fukushima.

The first initiative on nuclear energy failed in 1979 with 51.2% voting against. The referendum was launched by opponents of the planned Kaiseraugst power plant. It demanded that the affected population could express their opinion on the construction of nuclear power plants.

In 1984 the people and cantons rejected the initiative “For a future without further nuclear power plants” (55% against) and the initiative “For a safe, economical and environmentally friendly energy supply” (54% against). In 1988 the federal government ended nuclear power plant projects in Graben and Kaiseraugst in the face of massive resistance.

The people and the cantons then rejected an extension of this moratorium in 2003: They said no to the “Moratorium plus” initiative calling for another ten-year freeze in power plant construction. At the same time, they rejected the “Electricity without atom” initiative, which demanded a shutdown date. Beznau I and II and Mühleberg would go offline by 2005 at the latest, Gösgen in 2009 and Leibstadt in 2014.