Where have all the robots been hiding during the Covid-19 crisis? 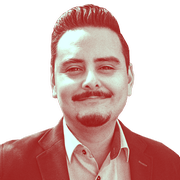 J. Jesse Ramírez is Assistant Professor of American Studies and co-coordinator of the Technologies concentration at the University of St. Gallen. He is the author of Against Automation Mythologies: Business Science Fiction and the Ruse of the Robots, forthcoming from Routledge.

For about a decade, we have heard rumors that a new generation of automated technologies have learned to do our jobs. If these tech prophecies were true, robots and algorithms should have been ready to step in during the lockdowns and finally prove that they can work more safely, cheaply, and efficiently than we can. But when Covid-19 gave the stage to automation, people stepped into the spotlight.

Robots aren’t staffing hospitals, stocking shelves at grocery stores, cooking and serving meals, disinfecting bathrooms, delivering packages, driving buses, or educating students. As the lockdowns begin to end, we must remember that today’s crisis is not about automation. It’s about how we value and protect the people whose labour sustains the world.

Since the Great Depression, when technological unemployment solidified as a broad social concern in the US, many Americans have wondered if machines would make workers redundant. Although the automation debate goes silent during wars and economic booms, it is always ready for the next downturn. The most recent phase of the debate began in the aftermath of the 2008 financial crash as business futurists claimed that advances in robotics, artificial intelligence, and big data were responsible for weak job growth during the recovery. In a widely cited 2013 study, two Oxford researchers concluded that a whopping 47% of total US employment - concentrated in services, transportation, and sales - was in the robots’ crosshairs. Others, including former 2020 Democrat party’s presidential candidate Andrew Yang, advocated for a universal basic income (UBI) to offset the inevitable job losses.

Yang has since acknowledged his myopiaExternal link: “Instead of talking about automation, I should have been talking about a pandemic.” Yang and his fellow automation forecasters were almost right, but for very wrong reasons. The jobs apocalypse arrived; tens of millions of Americans are unemployed; stimulus checks and supplemental unemployment payments vaguely resemble UBI. But automation isn’t the culprit. On the supply side, workplace closures, travel restrictions, quarantines, and social distancing have caused a decline in working hours that resembles a state-enforced general strike. On the demand side, the lockdowns have been like a mass consumer boycott that further depresses sales and employment.

The tech prophets failed to foresee this situation not simply because it’s difficult to predict the future but because they were too busy dressing up business science fiction as fact. When faced with inconvenient truths - such as a doorknob that flummoxed the most dexterous robots or a self-driving car that couldn’t recognise pedestrians- the tech prophets invited us to imagine that engineers were already fixing the bugs. The crux of their speculations was that more automation is inevitable because innovation is an unstoppable force of nature. How fitting that nature, in the form of a virus, proved to be the more effective disruption. Covid-19 wasn’t on the tech prophets’ radar because, like many pro-business thinkers, they were more interested in the cleverness of entrepreneurs and engineers than in the defunding of health departments and other public infrastructure that help to fight pandemics.

Most importantly, the tech prophets underestimated America’s nurses and paramedics, cashiers and delivery drivers, food servers and warehouse workers, postal service staff and cleaners. In a provocative 2013 essay “On the Phenomenon of Bullshit JobsExternal link” since expanded into a book, the anthropologist David Graeber proposes an anti-automation thought experiment. Imagine that one day, the people whose labour most clearly benefits society simply disappeared. “It’s obvious that were they to vanish in a puff of smoke,” Graeber observes, “the results would be immediate and catastrophic.” In a way, Covid-19 forced state governments to carry out a similar thought experiment. Confronted with the withdrawal of life-sustaining labour, they exempted workers in industries like health care, transportation, agriculture, food service, and sanitation from the lockdowns.

The tech prophets got it backwards. The workers they considered technologically superfluous are our most essential; the labour they thought was so unskilled that even machines could do them, irreplaceable.

Yet even though the crisis has underscored their value to society, America’s essential workers remain underpaid and overexposed. Many work for minimum wages; the great majority are non union. Risking their lives at workplaces that provide inadequate personal protective equipment, they are testing positive for Covid-19 and dying. They are representative of all Americans, but they are disproportionately working-class women and people of colour.

The tech prophets have responded by rebranding. Hoping that we have forgotten their failed predictions, they are abandoning science fiction for the sheer magic of circular reasoning. A recent New York Times business reportExternal link claims that social distancing is accelerating automation. In a remarkable sleight of hand, technologies that were supposed to trigger mass unemployment are now the latter’s solutions; cause has become effect. If business futurists cannot fit their technological determinism through the front door of history, they will bring it around the back while recycling all the old claims about worker redundancy.

This content was published on Jun 22, 2021 Jun 22, 2021 Switzerland is the innovation leader in Europe – ahead of all 27 EU states – according to a report by the EU Commission.

But the true redundancy belongs to automation hype. As we reorganise the ways we live and work, it’s high time to recognise the robots for what they are: a botched hypothesis about what work matters and what can be allowed to disappear. Robots will neither save or destroy us, for they cannot relieve us our own labour of building a more equitable and just world. In that world, we will compensate, safeguard, and respect the people whose work makes life possible.

J. Jesse Ramírez is Assistant Professor of American Studies and co-coordinator of the Technologies concentration at the University of St. Gallen. He is the author of Against Automation Mythologies: Business Science Fiction and the Ruse of the Robots, forthcoming from Routledge.