The Senate has confirmed that wealthy foreigners with no Swiss income will continue to benefit from lump-sum tax agreements, although they will pay slightly more.

Tax will be set on the basis of seven times the annual rental value of their residence, instead of five. For those living in a hotel, it will be the equivalent of three times their annual boarding and food costs instead of two.

Lump-sum taxes have been a feature in Switzerland since 1920, allowing cantons to ignore the wealth and income of wealthy foreign residents as long as this has been earned abroad.

Communes, cantons and the federal government earn about SFr668 million from these agreements, but the special treatment remains controversial.

Canton Zurich abolished the practice in 2009 after a vote, while cantons Lucerne and Appenzell Outer Rhodes will vote on the issue this weekend.

Following the Senate’s vote, the House of Representatives still has to approve the change in current legislation.

The cabinet said on Thursday that tax breaks for wealthy foreigners should stay, but that these residents will have to pay more to ensure public ...

Cantons battle to save rich tax

A concerted attack against tax breaks for wealthy foreigners has forced some cantons to increase controversial lump-sum levies rather than lose ... 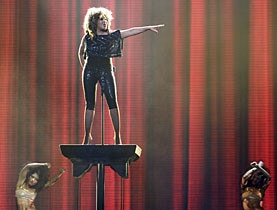 Zurich hits rich foreigners, like Tina, in the pocket

Canton Zurich has closed its doors to wealthy foreigners who benefit from tax breaks after voters decided to end the "unequal" practice on Sunday.