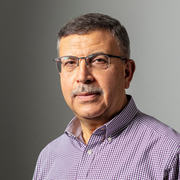 The meaning of Swiss neutrality and how it has evolved over the years continues to be the topic of numerous discussions and studies in Switzerland. In her new book, Die Neutralität: Zwischen Mythos und Vorbild [Neutrality: from myth to model],External link former Swiss foreign affairs minister Micheline Calmy-Rey, who coined the phrase “active foreign policy”, talks about the history, theory and practice of Swiss neutrality and how it should continue to evolve.

swissinfo.ch: Switzerland has applied for a non-permanent seat on the United Nations Security Council in 2023-24. Why do you believe such a candidacy is compatible with neutrality?

Micheline Calmy-Rey: In most cases, the Security Council acts politically rather than militarily. The Security Council has only taken military decisions on four occasions: for Korea, Iraq, Kosovo in 1999 and Libya in 2011. Each time the decision was taken unanimously, which means the council acted on behalf of the international community.

This is very different from a classic conflict between two countries where neutrality applies. In the cases mentioned above, neutrality does not apply as the interventions were done on behalf of the international community.

But if Switzerland becomes a non-permanent member of the Security Council, won’t it have to take positions on certain issues and risk being exposed to external pressures?

M. C.-R.: Switzerland is already active in the UN. It takes positions and voices its concerns – it does not sit silent. A seat on the Security Council would give Switzerland more clout and more opportunities to act.

So, it’s also about vested interests, such as giving our small country the chance to play a role on the international stage?

M. C.-R.: Yes, and thanks to the intensive international contacts that come with being on the Security Council, Switzerland could extend its network which is essential for the effectiveness of Swiss foreign policy. It would give Switzerland access to the superpowers and help it defend its interests.

Sweden also had this same discussion about whether a seat on the Security Council would be compatible with state neutrality; it eventually chose the role of mediator. It’s not easy to reach agreement within the Security Council. Switzerland would also be a good mediator as we are used to reaching consensual solutions and we have good diplomats. This role is made for us.

In your new book Swiss human rights activist Jean Ziegler accuses Switzerland of being hypocritical. What does Switzerland need to do to avoid such charges in the future?

M. C.-R.: The question is about whether neutrality is compatible with Switzerland having close political and economic ties to countries that systematically violate human rights or are involved in conflicts.

Take Saudi Arabia, for example. In spring 2019, Switzerland refused to join 36 countries that were calling for the release of imprisoned human rights activists and an investigation into the 2018 murder of Saudi journalist Jamal Khashoggi by the UN Special Rapporteur on extrajudicial, summary or arbitrary executions. Switzerland decided not to add its signature to the statement.

When it comes to violations of international law, Switzerland is not neutral

This content was published on Mar 21, 2021 Mar 21, 2021 The “neutral” label attached to Switzerland does not spare it taking a stand on tricky foreign policy issues, writes Ambassador Pascale Baeriswyl.

You have to ask yourself whether we have forgotten our humanitarian tradition. Is it really in Switzerland’s interest to abstain in such a case considering it wants to strengthen its influence? It’s about our credibility and persuasive power. I don’t think economic interests and neutrality should be played off against each other. We should act coherently on the international stage.

From a legal perspective, Switzerland does not have to adopt a policy of neutrality. Why does Switzerland do so, and why is it so strict with itself?

M. C.-R.: Swiss neutrality has gradually developed; it is not what it used to be in the 16th century. It was born out of necessity and a need for security. It has now turned into “active neutrality” based on international law.

Neutrality has evolved to address global risks and challenges, like the coronavirus pandemic or sustainable development. Preventive measures and solving global problems form a large part of protecting Switzerland’s security and interests in the world. But you are right, the rules of Swiss neutrality law only apply to conflicts between two countries. It is not legally regulated, but results from the neutral state’s willingness to remain neutral in the event of a conflict between two states. The specific political elements that make up neutrality policy are not set in stone; they should take into account foreign policy and security interests.

This content was published on Apr 17, 2021 Apr 17, 2021 Switzerland would like to host a possible summit between the Russian President and US presidents, according to reports in the Swiss media.

While Sweden and Austria have turned their backs on neutrality, Switzerland holds on to the idea. Is our nation naïve to believe that neutrality could protect us?

Should Switzerland go one step further and seek US protection via NATO in today’s uncertain times?

M. C.-R.: This is exactly what I say in my book. Swiss neutrality faces huge challenges. The UN and its collective security system is being weakened while new forms of conflict are emerging.

Another challenge is the Swiss army’s defence capability. The purpose of armed neutrality is to be able to defend our territory. Swiss arms exports call into question our credibility when it comes to applying neutrality.

Swiss neutrality faces several different challenges, but this does not mean it is no longer useful. Neutrality remains our trump card. It gives Switzerland a special place on the international stage thanks to its humanitarian engagement, its good offices [tradition] and its policy of “soft power”- diplomacy and peace promotion.

In your book you even raise the question of whether the EU could ever be neutral. But if the EU became neutral, NATO would have to be dissolved. How realistic is that?

M. C.-R.: The Swiss model for neutrality cannot just be transferred to another country or an institution like the EU. That is not what I am calling for.

Maybe I did not express myself correctly. Maybe I shouldn’t have used the term “neutrality” in connection with the EU. However, the basics and principles of neutrality can be inspiring. At the heart of neutrality is the willingness to pursue a non-violent policy based on law. It is about renouncing the use of aggressive force. This idea is not incompatible with European defence policy or with a transnational approach to defence. What I’m calling for is a collective EU security system.

If the EU developed in that direction, could Switzerland take part?

If Switzerland joined the EU, it would not be a legal obligation for it to give up its neutrality, but rather a tricky political issue. We must not forget that the goal of the EU’s common foreign and security policy is a common defence policy. If the EU managed to implement such a policy, it would hardly be compatible with Swiss neutrality.

Micheline Calmy-Rey (b.1945) served as a local politician in Geneva before she pursued a national political career.