Switzerland's citizens are wealthier, healthier and living longer, but pension authorities have warned the gap between the rich and the poor could grow "ever wider".

According to a study by the Federal Social Insurance Office, the overall financial health of the country's individuals and families is generally encouraging but serious inequalities in income distribution exist.

Amid shifting demographic trends and an increasingly wealthy generation of retired people, the report's authors are suggesting a re-examination of the country's three-pillar old age pension scheme.

According to federal and cantonal data, the wealthiest segment of the population now constitutes those between the ages of 55 and 75.

Those at the highest risk of falling into poverty are families headed by single mothers, families with four or more children and childless single women of working age.

The Social Insurance Office on Thursday said it hoped its findings would challenge conventional thinking about income and wealth distribution within Switzerland and contribute to a political discussion about the future of the system.

"This study leads to the conclusion that the [current] retirement age doesn't make much sense," Yves Rossier, head of the Social Insurance Office, told swissinfo.

The report states that only five per cent of all retired people today depend on their basic state pensions – known as the first pillar of the system. Among those between 65 and 69, the figure sinks to 2.5 per cent.

Apart from the state pension and occupational pensions – the second pillar – the overwhelming majority of retired people also hold financial and property investments.

Nearly 20 per cent of retired couples have a gross wealth of over one million francs, according to the report.

But the study also points to the precarious status of people under the age of 40 receiving disability benefits.

While pension and supplementary benefits keep them above the poverty line, the vast majority can expect no dramatic increase in their standard of living.

The retirement wave of the so-called baby boomer generation offers an unparalleled opportunity to reflect on new approaches to social insurance, says Philippe Wanner of Geneva University, the study's author.

Those between the ages of 45 and 64, are a "privileged generation" and have benefited from strong economic growth throughout their lives, are approaching retirement with good financial resources behind them and are in good health.

The country's pension scheme needs to reflect social and economic trends and be adaptable, says Rossier.

"Policy decisions are never definitive. They stay in place for ten to 12 years. Society is constantly developing," he told swissinfo.

Many people are now retiring before the age at which they can draw their old age pensions – currently 64 for women and 65 for men. Those who continue work beyond the retirement age do not contribute to the government's pension fund.

"We have to make sure that the legal framework of social security stays in tune with society, and avoid waking up one day and finding that the poor are paying for the rich and that our social system works upside-down," he said.

Rossier believes it is important to ensure that the next reform of the pension system ensures greater equity between those who are wealthy and those who are not.

Potential solutions could include requiring those working beyond the retirement age to continue paying into the old age insurance fund, varying payouts according to age, or taking into account how late in life a person had contributed, he says.

"Frankly, there are dozens of ways to do it."

The study by the Social Insurance Office is based on the 2003 tax returns from five cantons and data from the pensions and benefits office.
The Social Insurance Office has called it "the most detailed and comprehensive analysis of the financial situation of people living in Switzerland".
The data covered the population aged 25 and over.
The sample consisted of more than 760,000 taxpayers.
The results suggest that in the country as a whole almost 560,000 taxpayers fall into the "limited financial resources" category.
The risk of poverty is lowest for the 55-64 age group.
Those at greatest risk are young families and the over-80s.

The first pillar provides a basic old-age pension, a pension for surviving dependents and an invalidity pension for those unable to work for health reasons.

Everyone must contribute, whether working or not.

The second pillar is compulsory only for employed people. Employers and employees contribute.

The third pillar is optional: it is a savings scheme with tax advantages to provide extra benefits on retirement.

For every retired person, there are now only four people working. In 1900 the proportion was 1:10. 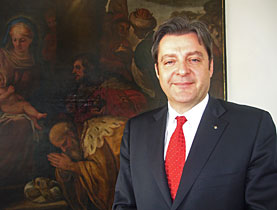 Marco Netzer, chairman of Switzerland's pension and disability insurance funds, tells swissinfo he will have to deal with some thorny problems in ... 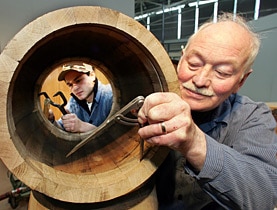 Parliament is making a new attempt to overhaul Switzerland's old age pension scheme - under financial pressure and in view of the ageing population. 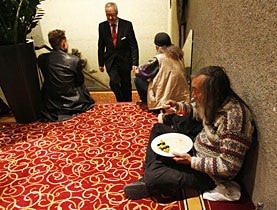 The inequality of wages and wealth in Switzerland is striking and the gap is getting larger, according to the charity Caritas. At its annual ...