Swiss citizens abroad had the right to take part in Sunday’s parliamentary elections, but many could not. Their frustration is palpable, as swissinfo.ch reader comments and social media reactions reveal. 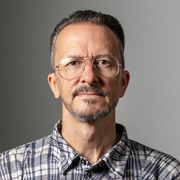 Trained as a landscape gardener and building-site manager. Later studied art, and was programme director at various clubs and party locations. After eight years as head of the Cabaret Voltaire he worked as a social media journalist and content curator at the news site watson.ch, and is now working to see that swissinfo.ch is read, discussed, shared and gets “likes”.

The right to vote theoretically belongs to all Swiss people. In reality, many Swiss voters did not get their ballot box in time.

The situation was particularly bad this year because several cantons did away with e-voting in response to public concerns over the security of voting online.

The dilemma is that the credibility of Swiss democracy suffers one way or another.

To get a better picture of the scale of the problem, we are asking our Swiss abroad readers to share their experiences. Did the ballot papers reach you in time? We asked for as much feedback as possible to get a sense of which countries faced more problems and where the process went smoothly.

The effects of scrapping e-voting

The Organisation of the Swiss Abroad (OSA) evaluated the participation rate of Swiss abroad in 2015 and 2019 elections, looking specifically at the cantons that had e-voting and gave it up.

Their figures show a sharp decline in the participation of Swiss abroad voters following the abolition of e-voting.

When compared to the referendums of 19 May 2019, the organisation also noticed that other cantons that had previously offered e-voting  (Aarau, Lucerne and Vaud) recorded roughly a 10% drop in the turnout.

The electoral behaviour of Swiss abroad has been a focal point of political analyses in these and past elections.

Our own survey looking at the available data of ten cantons suggests that Swiss voters living abroad have a much stronger preference for the Green Party and less for the Swiss People’s Party.

If only the Swiss abroad had voted, the Greens would have had a remarkable 25% of the votes, compared to the 13.2% they scored at home.

Where do you live? Did you receive the 🗳 slips in time? Leave us a comment! We will use the results to map the trouble spots and where things went smoothly.

Who can vote in Switzerland? Who can’t?

This content was published on Sep 17, 2019 Sep 17, 2019 Ahead of parliamentary elections on October 20, swissinfo.ch looks at the third of the Swiss resident population that is disenfranchised.

Swiss in New Orleans say 2019 is the year to vote

This content was published on Sep 15, 2019 Sep 15, 2019 Should Swiss living abroad have a say on the issues and elections back home?