Swiss government officials are confronted every day with the reality of illegal Web use, including hardcore pornography, racism, the spread of harmful computer viruses and the misuse of personal data.

In October hackers targeted the foreign ministry. More recently there have been reports of attacks on Swiss websites featuring postings by people defending Islam, following the Swiss population’s acceptance of a minaret construction ban at the end of November.

To find out more about the web security situation in Switzerland, swissinfo.ch spoke to Christian Ambrosini of the Swiss Coordination Unit for Cybercrime Control, which fights online crime, and Mauro Vignati, who works for the Reporting and Analysis Centre for Information Assurance MELANI, which deals with computer and Web security issues.

swissinfo.ch: Is it fair to link recent website attacks to political events?

Mauro Vignati: Cases of defacement [unwanted changes made to websites] happen every day. Nevertheless, there certainly exists a correlation between this type of activity and the socio-political environment. For example, a similar thing happened after the Turkey-Switzerland football match of 2005 which ended with a brawl. Hundreds of Swiss sites were affected.

swissinfo.ch: The foreign ministry has also been targeted by hackers.

M.V.: In this case it wasn’t an attack on the ministry’s site but on its servers which contain information. The ultimate aim was to steal data, which is much more ambitious and much harder to do than defacement. An investigation is still being carried out into this episode.

swissinfo.ch: Which are the most common cybercrimes and are there any new trends?

Christian Ambrosini: The number of internet crime reports, which can be made through an electronic form on our website, has remained relatively stable. In 2008 we received 7,000 reports, of which a sixth concerned paedophile crime.

Until a few years ago, apart from pornography and paedophilia, spam was the top topic, much of which was scams of various kinds. Nowadays techniques have been refined and it’s easier to be tricked. You just have to look at the recent wave of scams linked to bogus properties to let or the online perfume store, registered in Switzerland, which swindled hundreds of customers.

Becoming more credible are attempts at phishing [attempting to acquire sensitive information such as usernames, passwords and credit card details by pretending to be a trustworthy source]. Here, caution is the watchword.

Plus, aided by the economic crisis, some internet users have probably lowered their guard, being swayed by promises of easy money, great savings or amazing winnings. Some people are ashamed at having been tricked so don’t report it, so it’s difficult to have a complete overview.

C.A.: Switzerland has signed the Council of Europe Convention of Cybercrime but this has not yet been ratified. Discussions have intensified in recent months, but it’s true that Switzerland is lagging a bit behind in this regard compared with other countries.

M.V.: The advantages of this convention concern data retention and the existence, in signatory countries, of a single point of contact for all information requests which could be useful in investigations.

C.A.: There is also the aim of making common guidelines and those on a technical legal level while bearing in mind the cultural and legal differences between states. For example, denials [such as over the Holocaust] are punishable in some places but legal in others. In general, some countries and providers – in Eastern Europe and Asia – are not very cooperative when we ask for assistance.

Fortunately, however, a network of experts has been created spontaneously – without the intervention of the authorities – which helps exchange at an international level. Cooperation with neighbouring countries is excellent and we frequently act for third parties.

swissinfo.ch: What is the relation between cases of paedophile crime and the development of the internet?

C.A.: The Web is certainly not the cause, but it is a vector which has made access to this type of material and making contacts a lot easier and has fed a certain unhealthy curiosity.

swissinfo.ch: Would it be useful to introduce school courses on the dangers of the internet?

M.V.: Of course. No technical solution exists that can guarantee total security. Therefore you have to concentrate on prevention...

In the real world we have developed a culture of security. We lock our house and car doors. This is not yet automatic when we surf the Net as the dangers there are not as visible as in a dodgy area at 2am. But a perfectly normal site can have hidden dangers.

We have to act now. We use increasingly sophisticated instruments every day imposed by business, like e-banking, but we don’t know how they work. As this knowledge gap widens, so do the risks.

We also have to pay attention when giving out personal data, which we often do without fully realising it. A classic example is social networks, where we should be more careful.

A MELANI report of October 29, 2009 for the first half of 2009 found that supervisory control and data acquisition systems for industrial facilities and utilities were increasingly being targeted by cybercriminals.

Also apparent was a shift away from attacks by way of email with attachments or links toward attacks by way of "drive-by" infections of websites. The report found that the classic path of spreading malware [malicious software] via e-mails with attachments or links does not work as well anymore, since users now react more sensitively and do not click on every link contained in an email or open every strange-looking attachment. Attackers are now increasingly hacking into websites and planting malicious code so that the computer of a visitor is infected with malware simply by surfing onto the website (drive-by).

Hackers often attack reputable and popular websites. Search engines play a role that should not be underestimated. Attempts are being made to compromise websites that have a high ranking for popular search terms and are poorly protected or exhibit vulnerabilities, the report found.

The spread of malicious software aimed at e-banking applications and phishing attacks against Swiss internet providers are a "huge problem", ... 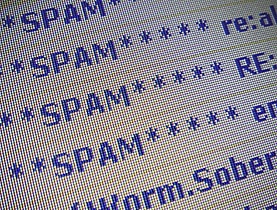 Cyber criminals have attacked a Swiss IT expert by circulating a fake suicide note in his name in response to a blog he set up to combat internet ... 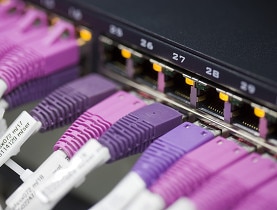 The computer network of the Swiss foreign ministry has been the target of a "very professional" attack, officials said on Monday evening. The ...

Dinosaurs in the workplace

Complaining about spotty wifi? What about the time when a computer took up a room? During a conference in February in Geneva called Lift, ...