Swiss voters will have the final say in March on the government’s right to tax its citizens and companies, including value added tax (VAT). This is a unique feature of Switzerland’s political system of direct democracy and federalism.

But the vote is not so much about the financial volume, but the legal justification which was enshrined in the country’s constitution 60 years ago. The system has to be submitted to parliament and voters at regular intervals.

The most recent such ballot took place in 2004. As the licence will expire by 2020, voters are called on to renew it for another 15-year term.

There is virtually no opposition to the proposal, and discussions during the parliamentary debate focused on calls by the political right to shorten the term to ten years or to make it an unlimited licence as demanded by the left.

Following discussions in parliament in 2016 and 2017, both chambers approved the current timeframe as part of the 2021 financial programme.

As a result, campaign activities are expected to remain very limited and public attention is largely expected to focus on a people’s initiative aimed at scrapping the funding system of the Swiss Broadcasting Corporation.

But that doesn’t mean that all voters will come out in favour of extending the federal tax programme.

Political observers say tax issues always carry the potential for a protest vote. In 2004, 26% of voters refused to grant the national government such a right.

However, it is unlikely that opponents will have the upper hand on March 4. It is widely agreed that such a scenario would be a nightmare for the government.

“This would be a total meltdown and I don’t even want to think about it,” Finance Minister Ueli Maurer said at a news conference less than two months ahead of the vote.

He argues that the ballot is probably the most important vote on finances for the next 15 years.

“If voters were to say no, the Swiss government wouldn’t have enough funds and there’s no way we could find another source of revenue or introduce spending cuts of the same order.”

Opposition in parliament was very limited during the debates. Erich Hess from the rightwing Swiss People’s Party was one of the few critics who argued it was time to lower federal taxes.

Citizens would benefit as they would have more money available and companies could invest more, Hess told Swiss public radio, SRF. He also argued that the national government had spent far too much on welfare payments and bureaucracy.

Hess said he was aware that opposition was largely symbolic, but he believed it was right to take a clear political stance.

Maurer, also from the People’s Party, doesn’t mind the criticism. He believes it is the duty of citizens to question the activities of the state. He also welcomes a periodic review of the tax system by parliament and Swiss voters.

Due to its federalist structure, Switzerland levies taxes at three separate levels: federal, cantonal and local.

Beside the federal government, the 26 cantons with their wide-ranging autonomy set their own rates. The 2,250 municipalities can levy taxes either at their own discretion or based on basic cantonal tax scales.

Historically, the original taxing power lay with the cantons. The federal government only began levying taxes about 100 years ago to pay for additional expenses during the First World War. Previously its main source of income was customs duties.

VAT was introduced 25 years later during the Second World War. Both direct federal taxes were enshrined in the country’s constitution in 1958 but with a clause saying they must be reviewed regularly.

In Switzerland, voters determine how much should be paid in taxes, and how those taxes should be used. Isn’t this asking for trouble? 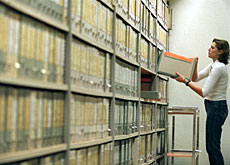 A proposal on extending the federal authorities’ right to levy taxes is one of the least contentious issues facing voters on November 28. Yet the ...

Switzerland was once famous for its secret bank accounts, but keeping money secret in the Alpine nation has just become much more difficult.

Tax ethic Paying taxes is not just about money

The fight against tax evasion intensifies. But why do citizens dodge taxes? A study reveals that decisive for tax payers is not how high taxes ...

Switzerland will miss a deadline to reform 'harmful' corporate tax practices after voters reject a proposed overhaul in a referendum.

Switzerland levies taxes at the federal, cantonal and local levels, with cantons setting their own rates.