The INCB said plans to decriminalise cannabis and the provision of injection rooms for heroin addicts were steps in the wrong direction.

The criticism was contained in the INCB’s annual report, which monitors the ways in which countries around the world are upholding international conventions on drugs control.

The most important of these, the convention of 1961, says drugs should be used for medical and scientific purposes only.

Switzerland is a party to this convention, but Herbert Schaepe, the INCB’s secretary-general, believes this is being undermined by government proposals to decriminalise cannabis.

“How can we eradicate drugs in developing countries if a rich country like Switzerland cultivates between 300 and 500 hectares for the production of cannabis?” Schaepe said.

“We’re already getting complaints from neighbouring countries, with Swiss cannabis being seized in France and Germany.

“It’s really very disturbing that a country with such good financial resources can’t stop this.”

But Thomas Zeltner, director of Switzerland’s Federal Health Office, says the proposals to decriminalise cannabis simply reflect reality and have the support of the Swiss public.

Earlier this week Zeltner accompanied the Swiss interior minister, Pascal Couchepin, to a hemp shop, where the minister was apparently “very impressed” by the variety of cannabis products on offer.

“We think it is better to permit the use and sale of these products in a controlled manner,” Zeltner told swissinfo. “But [they are meant] for adults only and not for foreigners – we don’t want to offend neighbouring countries.”

But Zeltner admits that a lot of people in Switzerland are also growing cannabis in their attics or basements.

“It is a dilemma. This market is very difficult to control, but that doesn’t mean we are not bothering about it.”

Zeltner also denies that permitting cannabis as a social drug undermines the 1961 convention. “We took legal advice on that and I’m confident we will reach a solution with the INCB on that point.”

But the INCB’s criticism does not stop at cannabis. The board also has serious doubts about Switzerland’s policy of providing injection rooms for heroin addicts.

The rooms, now commonplace in most Swiss towns and cities, provide addicts with clean needles, medical attention and a safe place to take their drugs.

“Allowing drug abusers to take illegal drugs into an injection room where they can consume in a cosy environment under the supervision of the state is not in line with international treaties,” said Schaepe.

“It means illicit drugs can be abused with impunity.”

“Research shows that better prevention and education campaigns would be more useful in preventing the spread of HIV,” he insisted.

According to statistics, the rate of HIV infection among drug users in Switzerland has fallen since the introduction of injection rooms, but it is difficult to prove that the decline is a direct result of the policy.

Zeltner maintains that injection rooms are valuable in that they reduce the harm caused by heroin addiction.

“Deaths from overdoses are much lower, because medical staff are immediately available to treat addicts.

"And we see the rooms as a possible first step to getting addicts off drugs, with social workers and counsellors on hand to offer advice.”

Zeltner says he is somewhat disappointed by the INCB’s criticism.

“We do understand that the INCB as a global player has some difficulty bringing all member states under one umbrella,” he said.

“But at the end of the day, each country has to find its own policy, and that will be different in different countries.”

Schaepe maintains that these policies should not diverge so widely that they become inconsistent with international conventions.

“Of course governments are the masters of their drugs policies,” he said. “But when one or two begin to disagree with the international framework, it is our duty to alert the international community to these developments.”

Earlier this week, the Senate once again came out in support of decriminalising cannabis.

The bill now has to be put before the House of Representatives, where it was rejected last September.

The proposals will allow the possession and production of cannabis for personal use and a limited trade in the drug.

The 1961 convention on narcotics aims to limit the use of drugs to medical and scientific purposes only. 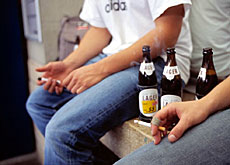 Young people who consume drugs, alcohol and tobacco often have serious psychological problems, a new study shows. The research was funded by the ... 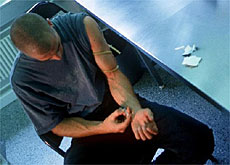 It’s been ten years since heroin addicts in Switzerland started getting their fixes from the state. The "harm reduction" policy has attracted ...