What does fear do to us? What is everyday life like for a Kurdish schoolchild on the Turkish-Syrian border? What would Jesus preach today? These are some of the questions presented to cinephiles at the 56th Solothurn Film Festival. SWI swissinfo.ch previews five films. 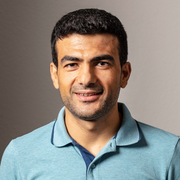 This year the festivalExternal link, which started on Wednesday, is taking place exclusively online: stories from all over the world will enter Swiss homes. A total of 170 films are being shown with 1,000 virtual tickets per screening. The previous festival counted over 66,000 visitors – how many people will log in over the next seven days from their sofas?

The most important festival of the Swiss film industry includes a representative cross-section of current productions of all genres and lengths, with fiction, documentary, experimental and animation films.

The festival’s opening film, Atlas by Niccolò Castelli from Italian-speaking canton Ticino, will be accessible to the entire Swiss population for the first time. It can be watched for free on the festival website and will be broadcast on Wednesday on Swiss public television RTS, SRF and RSI. Atlas tells the story of a woman who survives a terrorist attack. At the centre of the plot is fear, like the one we all feel today because of the pandemic.

Debates and online masterclasses are on the programme as usual, especially in the Focus section dedicated to film criticism.

Fourteen productions are nominated for the prize in the main competitionExternal link, the Prix de Soleure, worth CHF60,000 ($67,500). Nine of these are by women, including the world premieres, The Scent of Fear by Mirjam von Arx, and Watch Over Me by Farida Pacha.

Also worth mentioning are Das Neue Evangelium (The New Gospel) by Milo Rau, Nachbarn (Neighbours) by Mano Khalil, and Kombinat by Gabriel Tejedor.