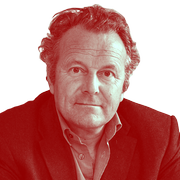 Though Switzerland is a landlocked country, it is the seat of some of the most prominent shipping companies in the world, including the Mediterranean Shipping Company (MSC), the second largest container shipper and the third biggest cruise ship operator.

MSC operates over 500 ships but there are many other smaller Swiss-based shipping companies close to the commodity industry, like SwissMarine with its 150 bulkers for coal and iron ore. Given Switzerland is one of the most important financial centres and the world’s largest commodity trading market as well as an important insurance (Swiss Re, Zürich) and logistics hub (Kühne+Nagel, Panalpina), the country’s link to shipping shouldn’t come as a surprise.

This content was published on Aug 10, 2012 Aug 10, 2012 With 90 per cent of international trade transported by sea, landlocked Switzerland has grown into the world’s second biggest shipping power and...

Switzerland has a long tradition in international trading. One of the oldest and most well-known companies, UTC (the former mission trading house), had its base in Switzerland and its own fleet of cargo sailing ships. Beyond shipping on the high seas, the ship registry in Basel is the nominal domicile for a large portion of cruise ships on the Rhein, Danube and other major rivers.

One question lingers: is Switzerland turning a blind eye to the industry because the ships roam seas far from the country’s borders and in a gray international legal zone?

Unlike for the financial services or pharmaceuticals industries, there is no regulator for shipping companies based in Switzerland.

The marginal exception is the mere 27 aging ships flying the Swiss flag simply to obtain public subsidies in view of potential crises. They can be called upon by the Swiss government to help in a crisis but contribute very little to the Swiss economy. There is an oversight body in Switzerland for these ships but the ships are a mere footnote in history.

The large container, bulker and cruise operators flag their ships out to so called “flags of convenience” (predominantly Panama, the Marshall Islands and Liberia). This allows them to evade labour standards and minimum wages, to save taxes and hide behind a dense curtain of confidentiality. Trade unions have been unsuccessful in putting and end this practice.

A complex web of financial players and transactions has so far allowed Switzerland as the host state of shipping companies to evade responsibility for the sector.

Typically, a large container ship is owned by an obscure single ship company based in a place such as Hong Kong. The finance tools and beneficial owners hide behind offshore companies for instance in Panama. Frequently the safety standards of the ship registered with flags of convenience are lower than those registered in major sea faring nations. So-called classification societies are charged with the concrete supervision of standards on behalf of such flag states. They are, however, frequently caught up in a conflict of interest between their official function and private advisership - not very different from big auditing firms.

While the large shipping companies, operating hundreds of ships worldwide, are often domiciled in Switzerland, they are not part of the Swiss regulatory system. Instead, the ships are under the regulation of their flag state, which are mostly flags of convenience.

How does this matter? If we look back at major oil spills (Deepwater Horizon, Erika, Prestige) traces of ownership and control regularly lead to Zug in central Switzerland. Switzerland can hardly plead ignorance when over the last decade 90 ships operated by Swiss companies were dismantled on beaches in India, Pakistan and Bangladesh under horrid conditions called “beaching”. NGOs claim that 80 of these ships run by MSC, were sold for their last voyage to a so called “cash buyer” to shield them from any responsibility during the beaching process.

Sign up! Keep tabs on Switzerland's biggest companies, directly in your inbox

The problems of “beaching” or breaking down ships on tidal beaches, are well-known: toxic substances flow freely into the sea and workers are exposed (without protective gear) to asbestos, mercury, heavy metals, toxic paint, among other materials. Working conditions are extremely dangerous, much more than in the mining industry.

International treaties like the Basel Convention and the Ban Amendment prohibit the export of toxic waste to developing nations. With the more recent 2009 Hong Kong Convention on the safe recycling of ships, the lobbyists of the shipping industry and the Flags of Convenience States were able to rehabilitate beaching.

Officially, Switzerland states that it is not responsible for ships flying foreign flags even if the company operating them is based on its territory. The Swiss government considers the sale to a third party for its last voyage and the flagging out to an even more disreputable country as valid transactions. Switzerland totally neglects that the Basel Convention also applies to those organising the export of toxic waste.

Once again, Switzerland is allowing a problematic industry to establish itself on its territory and to fly under the regulatory radar.

Mark Pieth was an international regulator and criminal law professor for several decades. He is the author of books on corruption and the gold trade in Switzerland. He is currently working on a book about the challenges in the maritime industry.