In a statementexternal link published on Tuesday, SECOexternal link announced that a complaint to this effect had been filed with the WTOexternal link because Switzerland was one of the countries affected by the additional import tariffs on certain steel and aluminium products into the US.

Switzerland exported steel products worth about CHF80 million ($80.5 million) last year, it said in the statement.

The US import measures targeted at protecting national security were unjustified, SECO wrote.

Switzerland had already intervened with US authorities in March 2018 and submitted a formal application aimed at obtaining a country-specific exemption from trade tariffs.

The US so far has not reacted to Switzerland’s request, SECO wrote.

In order to safeguard Switzerland’s interest, Economics Minister Johann Schneider-Ammann, therefore decided to launch a complaint with the Geneva-based WTO contesting the measures.

The decision had been taken in cooperation with the other members of the seven-member Swiss government.

Schneider-Ammann is confident that the US will not impose punitive tariffs in return.

"We must not take overestimate our own importance. Switzerland does not have the trade volume to impress the US," he told several Swiss newspapers.

Switzerland is the eighth WTO member to initiate such a challenge. Under the organisation’s rules, Washington now has 60 days to settle the dispute.

In the first stage of the proceedings, the parties try to reach an amicable settlement. If such a consultation does not produce a result, Switzerland could escalate the dispute by asking the WTO to set up an arbitration body to adjudicate.

In 2002, Switzerland, together with other WTO member states, had successfully brought a steel industry case against the US.

The trade measures were subsequently lifted from the products as a result, SECO wrote in its communication. 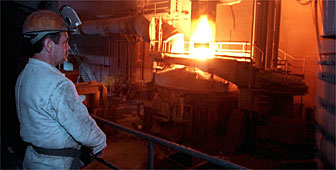 When the WEF assembled in Davos last year, the delegates were in shock following Trump's election. This year the mood is likely to be different.