The Swiss healthcare system is costly, and the financial burden – especially for private households and the cantons – is increasing. 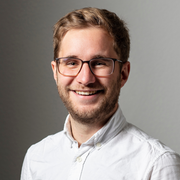 Switzerland has one of the priciest healthcare systems in the world. Healthcare costs amount to about 12% of the gross domestic product (GDP). Of all the 37 Organization for Economic Cooperation and Development (OECD) member countries, only the United States spends more on healthcare: 17% of its GDP.

The latest figures show that the total costs of the Swiss healthcare system are comparatively high, and that they are rising every year. Reasons for this include the generally growing economy: if more money is available, more can be spent on health. In addition, the population is getting older.

In 2018, total expenditure amounted to CHF81.9 billion ($84.4 billion). The increase in costs, 2.8%, was slightly below average compared to previous years.

Private households pay the most

By paying around 64% of the total costs, private households make the largest contribution to financing the Swiss healthcare system.

In 2018, monthly per-capita health costs were CHF802; that’s CHF16 more than the year before. The increase mainly concerns services that households pay for directly on top of insurance and taxes. This could include, for example, nursing home fees or dental treatment. These out-of-pocket costs amount to CHF14 per person per month.

As befits the federal system in Switzerland, state financing comes from the federal, cantonal and municipal levels. The largest contribution is made by the cantons, which are responsible for hospitals, among other things.

The federal government spent less on healthcare in 2018. The costs for the cantons have been increasing annually.

Outpatient instead of inpatient

Some cantons have reacted to the increasing costs by stipulating that fewer procedures be done on an inpatient basis. Since 2019, there has been a nationwide policy recommending that six operations be outpatient procedures whenever possible. This is reflected in the figures. While expenditure on inpatient treatment has declined somewhat since 2016, outpatient expenditure continues to rise unabated.

This content was published on Feb 26, 2019 Feb 26, 2019 Anyone resident in Switzerland for more than three months must purchase the basic health insurance package, the contents of which are set down by law.