Jakob “Köbi” Kuhn, manager of the Swiss national football team from 2001 to 2008, has died aged 76 after a long illness.

As a player with FC Zurich, Kuhn won the Swiss championship six times and the Swiss Cup five times. He also played in two European Champions Cup semi-finals against Real Madrid and Liverpool.

He was capped 63 times for the national squad and played in the 1966 World Cup in England.

In June 2001, the avuncular Kuhn succeeded Enzo Trossero as manager of the Swiss national team and became the first Swiss manager to be involved in the final stages of three major tournaments (Euro 2004, World Cup 2006 and Euro 2008).

In 2006, Swiss television viewers voted him Swiss of the Year. “It’s an award for the whole football team which did so well,” he said.

On his watch Switzerland climbed from 63rd to 24th in FIFA's rankingsexternal link.

Köbi Kuhn was born on October 12, 1943 in Zurich, where he spent the whole of his playing career. 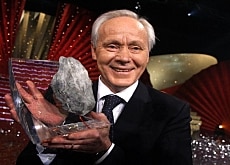 Television viewers across the country have named the coach of the national football team, Jakob "Köbi" Kuhn, Swiss personality of 2006. Other ...

Goal or no goal? How a Swiss decision changed football history

Few English football fans will have heard of Gottfried Dienst, but the Swiss had a significant influence on world football and English culture. 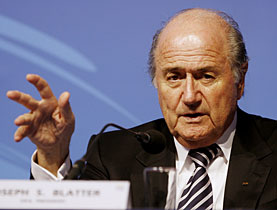