On the 75th anniversary of the founding of the United Nations, the Covid-19 pandemic poses a crucial moment for the international system, writes Daniel Warner. 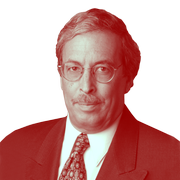 Newton’s third law of motion says that for every action there is a reaction. While many of the 17th century English physicist’s laws have been replaced by modern science, his third law has important implications for today’s coronavirus outbreak.

Even in democracies, there is no vote on how to react to a health crisis

We know the virus exists. It has been declared a pandemic by the World Health OrganizationExternal link (WHO). What we don’t know is how to react to the virus.

There have been several levels of reaction. On a personal level, we are told to wash our hands frequently, and to avoid large gatherings, shaking hands and kissing. Older people and those with pre-existing chronic health problems should be especially careful.

Beyond the personal level, what has been the larger reaction to the pandemic? It should first be noted that all eyes have turned to public authorities. We are dependent on what governments tell us. They can close schools, shut borders, and forbid intercontinental flights as they wish. We citizens have nothing to say in the matter. Even in democracies, there is no vote on how to react to a health crisis. (A financial crisis is another matter with legislative branches having input into executive decisions.)

Moreover, in an era of privatization and scepticism about government efficiency, no private company has come forward to supersede governments. There may be public-private partnerships about manufacturing testing kits, but governments are in charge. The public sector is the recognized authority during the crisis.

What public sector? In federations there are local, regional and national levels. But it is the national level that has the highest authority in emergencies. No mayor or state governor, for example, can overturn President Trump’s decision about Europeans entering the United States. It is in his power to decide as US president.

And beyond the national? What about the multilateral? As French President Emmanuel Macron said in his address to the nation, the virus knows no borders; it needs no passport or visa to enter a country. Macron recognized that there must be a coordinated response beyond borders to the pandemic.

Why hasn’t there been an international meeting to coordinate responses? The WHO has played an important role in describing what is going on. It became the recognized source of international information. That’s not bad considering other UN agencies are having their authority questioned. But the WHO has little operational power.

A coordinated, multilateral international response is missing. For that, there must be leadership. Why hasn’t the United States called for an emergency meeting of heads of state to see how they could work together instead of or at the same time as closing down the country? The US did exercise international leadership in the Ebola crisis and the 2008 stock market crash.

Coordinating does not mean that each country cannot decide for itself, it just means that decisions are made in conjunction with others. President Macron did say he would speak with President Trump. Did President Trump consult with other heads of state before closing down visitors from Europe?

The history of multilateralism began with ad hoc cooperation to solve specific problems. The Rhine Regime started in the 19th century to deal with transportation issues on the river. The Universal Postal Union was formed in 1874 so that letters could get from one country to another. Cooperation was necessary.

The Covid-19 is a pandemic. Only multilateral cooperation can deal with a global problem. For the moment, we are mostly seeing local and national reactions. If the pandemic is global, the only way to deal with it is global, i.e. multilateral.

In a moment of pronounced nationalism, that may be hard to do, especially with little leadership. But, going back to Newton, a global action requires a global reaction. The UN’s 75th anniversary should be a reminder of that.