Grandparents can hug their grandchildren again, but they’re still not advised to look after them, says the Swiss health authority managing the coronavirus crisis. The contradiction is unsettling for families in Switzerland, and highlights the key role of grandparents in the country. 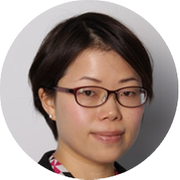 In canton Bern, 62-year-old Heidi Klossner Biglen was delighted to receive official permission to hug her grandchildren again. She and her husband normally look after them two days a month. They recently met for the first time in two months – with joy and a little uncertainty, as the grandchildren had gotten used to keeping a distance.

For Klossner Biglen, time spent with her grandchildren is a chance to watch them grow up and to share life experiences. “We learn from them and they learn from us,” she says.

Grandmother Barbara Müller*, 63, has been looking after her grandson again for over a week now. She felt liberated when Daniel Koch, the government delegate on the Covid-19 pandemic, said it was OK to hug grandchildren again.

It was social pressure that had pushed her to stop babysitting. “I know lots of grandparents and none of them are looking after their grandchildren; it’s become a no-go,” she says. Walking around, she notices that grandparents with children have disappeared from public places.

The coronavirus crisis shows the high social standing of grandparents in Switzerland. Financially, they play an important role: the annual value of unpaid childcare provided by grandparents is estimated at around CHF8 billion ($8.2 billion).

Hugging, yes – babysitting, no: Koch’s announcement made international news and was met with criticism.

Among other things, the Swiss authorities are basing this position on a studyExternal link that found that small children in particular have very few docking points in the throat and pharynx through which the virus can enter the body. Children therefore rarely contract the new coronavirus, according to the study.

Koch wanted to provide relief for suffering grandparents and grandchildren, as the health office told SWI swissinfo.ch. He weighed up the risk of infection against the psychological stress experienced by grandparents, and concluded that hugs were justifiable in view of the relatively low risk of infection.

“It’s really a quick hug, just a squeeze,” said a spokeswoman for the health office, which continues to advise against babysitting or longer visits. This is not the case in all countries, with recommendations varied across the world.

“Since the beginning of the pandemic, we have been hearing from grandparents who miss their grandchildren very much,” said Geraldine Capaul, editor-in-chief of a magazine for grandparentsExternal link – which was the first to publish Koch’s statement in an interview.

“On a regular basis, many grandparents look after their grandchildren for whole days. With this intervention they suddenly don’t see them at all. It hurts,” said Capaul. She notes that some people would prefer to ignore the measures imposed by the Swiss government, arguing that considering their limited lifespans, they don’t want to be spending even less time with their grandchildren.

The Swiss authorities have no information on whether grandparents are actually complying with the “babysitting ban”. Sociologist François HöpflingerExternal link told SWI swissinfo.ch said that the vast majority of grandparents have so far followed the recommendations, as the situation has been perceived as temporary.

“At the moment – with the easing of the ‘lockdown’ – there is great uncertainty,” Höpflinger said. “Bans on contact can be endured in the short term, but in the longer term they meet with resistance, especially from healthy and active grandparents.”

According to Höpflinger, contact between grandparents and grandchildren in Europe has increased in recent years. What is special for Switzerland, however, is that considerably fewer grandparents live in the same household with their grandchildren.

In prosperous Switzerland, where retirement provisions are comparatively good, only 1.1% of all private households are three-generation homes. The figure is 5.7% in Japan and 16.5% in China. As in other western and northern European countries, Switzerland has had a long tradition of generations living separately. According to Höpflinger, living apart but maintaining good relationships is common in Switzerland – something he calls “the principle of intimacy at a distance”.

On one hand, this is a bad thing, because grandparents living in separate households miss their grandchildren. But it’s also good news in Switzerland, unlike in Italy, where a studyExternal link found that coronavirus was especially deadly because there are so many multi-generation households.

‘I don’t want to kill anybody’

This content was published on Oct 15, 2021 Oct 15, 2021 Erika Preisig, doctor and president of assisted suicide organisation Lifecircle, has been helping patients, including foreigners, to die.

The pandemic has also shaken Swiss society. It has shown how important family ties are – and how bad it can be if relatives can’t see each other. It’s quite possible that generations will come closer together and show more solidarity when the crisis subsides.

*name has been changed

This content was published on Oct 15, 2021 Oct 15, 2021 The virus situation continues to improve. But the Swiss authorities fear that the cold weather could result in new infections.