Two Swiss towns have taken different approaches to dealing with public spaces named after a racist scientist. How is this debate helping us to re-think such spaces, and why does it matter?

Louis Agassiz was an eminent 19th-century scientist honoured notably for his work on glaciers, but he is also known to have expounded racist theories. The Western Swiss city of Neuchâtel has just re-named a university plaza that had been named for Agassiz after a mixed-race woman, while the nearby city of Lausanne has decided to keep a street named after Agassiz but put up an explanatory plaque.

“Public spaces are key to the acceptance of the inhabitants, and today the population of Lausanne is very mixed,” says municipal councillor Vincent Brayer of the left-wing Social Democrats, who with councillor Alice Genoud of the Green Party introduced an initiative to get Lausanne’s Avenue Agassiz re-named. “We acted so that everyone can feel at ease in the place where they live.”

Journalist and author Pierre Hazan, a specialist on transitional justice who is also a professor at Neuchâtel University, says the debate is important especially in today’s polarised world where populism has taken hold in numerous countries, and where people are increasingly mobile.

"A relatively secondary debate over the name of a street in Lausanne reflects much bigger stakes relating to the type of society we want to live in,” he says.

We have three options, according to Hazan: change the name and “somehow erase the memory of personalities associated with dark chapters of our history”; do nothing and tell ourselves “the past is past, we are not going to revise or deny”; or adopt a compromise and contextualise. In Lausanne’s case, says Hazan, that means keeping Agassiz’s name but reminding people of his views, such as his support of slavery and his conviction that black people were inferior.

Brayer says that when he co-introduced the initiative in Lausanne he was in favour of re-naming Avenue Agassiz, but then changed his approach. He and other members of his party ultimately felt that re-naming the street would mean “wiping out the memory that it used to be acceptable to name a street after a person who was openly racist”.

"Re-naming the street is denying this past, whilst an explanatory plaque has the virtue of highlighting this contradiction and making this name coexist with a new historical appreciation of events,” he says.

Most people in Lausanne approached by swissinfo.ch did not know who Louis Agassiz was. When informed, some thought the debate was complicated. “It makes no sense to dismantle the past,” said one person. “Nobody is perfect, including Churchill and Mandela, and people are a product of their time. So what are you going to do, keep re-naming everything?”

Hazan says re-naming or removing can nevertheless have a strong impact. Neuchâtel has re-named Espace Louis Agassiz after a female member of the Swiss parliament of African origin, which Hazan sees as a “strong signal”.

“When some years ago the Spanish government decided to remove all the statues of Franco, it sent a signal to the whole of Spanish society that the era of Franco-ism was over,” he points out.

Brayer thinks Lausanne’s decision to put up an explanatory plaque has an educational value. “In addition, it reminds people that the names we give to public spaces are important,” he says, “and they should be the subject of a wider debate about urban planning, whether it be linked to people of different origins or different genders.”

Our cities are the product of our past, he thinks, and sometimes it does need revising because the gender imbalance in the symbolism of public spaces is “huge”.

“We can see very well that most of the public spaces in Lausanne were built before the 1960s and so they were designed mainly by men for men, and by white people for white people,” he says.

Some women’s organisations have taken up this issue in Switzerland. On this year’s Women’s Day, March 8, people in Zurich woke up to find “male” street names changed to “female” ones, while in Geneva a campaignexternal link was launched to give 100 “male” streets alternative “female” names.

Lausanne has also decided to name all the streets in its new “Plaine du Loup” district, currently being built, after women. And Brayer has asked the city to make an inventory of statues, male and female, in public areas – including whether the few depicting women are stereotypical, such as naked women and mothers.

Still work to do?

Switzerland does not have a past of colonialism or slavery. Yet Louis Agassiz is not its only personality with a controversial past, nor is this the first time that history has been “revised”. Controversial Franco-Swiss architect Le Corbusier, known to have had affinities with fascism and the Vichy government in France, was retired from the CHF10 banknoteexternal link in 2017. The eastern Swiss city of St Gallen renamed Krugerstrasseexternal link, commemorating controversial former South African president Paul Kruger, after Swiss writer Friedrich Dürrenmatt.

Both Hazan and Brayer point out that Switzerland may be small and neutral, but it is an important financial centre and its relations – especially financial -- with apartheid South Africa or Nazi Germany have still not yet been properly examined. Brayer believes that “it is important to conduct a work of remembrance” and that Switzerland "has not really done that” regarding its financial links with Nazi Germany.

“It is for those who are alive now and for future generations,” Brayer replies. “It’s not a question of judging, but of knowing who did what and why, so that perhaps we can be wiser in the future.”

Born in 1807 in canton Fribourg, Agassiz studied medicine and natural sciences in Zurich and Germany. He taught at the universities of Neuchâtel and Harvard in the United States. Louis Agassiz is best known for his work on fish, fossils and glaciers.

Soon after his emigration to the US in 1846, Agassiz made his racist views clear. He became one of the main opponents of Darwin’s theory of evolution and developed a theory of racial hierarchy based on the idea that black people and white people were created separately. Agassiz considered black people to be inferior and was a fierce advocate of racial separation. His theories were used to justify the setting up of systematic racial segregation in the United States.

Some 80 places in the world are named after Louis Agassiz for his brilliant work in the field of natural sciences. His racism was long ignored, but several historians have highlighted his darker side. Swiss historian Hans Fässler launched an international committee in 2007 to get places named after Agassiz renamed.

Neuchâtel is the first place in Switzerland to do so, choosing not to risk damaging the reputation of its university. Espace Louis Agassiz is now named Espace Tilo Frey, after the first black woman and first woman from Neuchâtel in the federal parliament. Born in 1923 in Cameroon, Frey was educated in Neuchâtel, becoming a teacher and then head of a girls’ school. A member of the Radical Party, she defended women’s rights in parliament and cooperation with developing countries.

International Women’s Day has been marked in Switzerland with public protests, calls for equal pay and the overnight changing of street names.

The city has renamed the Espace Louis-Agassiz, a street in the university district, to distance itself from the famous Swiss-American glaciologist.

Parliament has refused to clear the name of seven people found guilty of rioting nearly 90 years ago.

The French Ministry of Culture has defended its support for a museum dedicated to the Swiss-French artist despite the architect’s links to the ...

An SAC ruling on honorary membership raises the question: can someone’s contributions to society be judged separately from their prejudices?

Louis Agassiz was one of the most influential scientists of the 19th century. He was also an outspoken racist. The Swiss Alpine Club (SAC) has now ...

Opinion Time to change the mountain named after a racist

The Agassizhorn is named after Louis Agassiz, a famous Swiss-American Harvard glaciologist who was also an irrefutable racist. Historian Hans ... 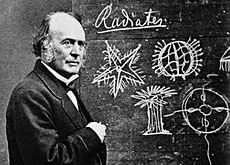 Would you want to live on “Sausage Rise”? How about on a street named after someone you violently disagreed with? Is a simple flower name too boring?