Zurich, Paris and Hong Kong are now the world’s most expensive cities, says a new report that puts them on an equal footing.

Geneva comes in seventh, according to the Economist Intelligence Unit’s latest Worldwide Cost of Living survey published on Wednesday. Zurich has moved up four places since its previous report published in April, and Geneva has moved up three slots. Zurich and Paris have overtaken Singapore and Osaka (Japan), which have slipped down the rankings.

The latest survey, conducted in September, looks at how Covid-19 is affecting the prices of consumer goods. It is based on the prices of 138 goods and services in about 130 major cities worldwide.

The EIU’s Worldwide Cost of Living (WCOL) index has risen by just 0.3 points on average over the past year, it says. But while cities in the Americas, Africa and Eastern Europe have become less expensive since last year, Western European cities have become costlier.

Which Swiss cities should expats move to in 2020?

This partly reflects a rise in European currencies against the US dollar, according to the EIU. Prices have also been affected by Covid-19 related supply chain problems, the impact of taxes and subsidies, and shifts in consumer preferences. Prices of essential goods have held up better than those deemed non-essential in the crisis, it says.

Of the ten categories of goods and services covered by the report, tobacco and recreation (including consumer electronics) have seen the biggest price increases since last year. Clothing prices have seen the steepest decline.

“The Covid-19 pandemic has caused the US dollar to weaken while western European and north Asian currencies have strengthened against it, which in turn has shifted prices for goods and services,” says Upasana Dutt, head of Worldwide Cost of Living at the EIU. “The pandemic has transformed consumer behaviour, as lockdowns and trends such as working from home have increased the prices of consumer electronics and meal-at-home kits have taken the place of restaurant dining for middle-class families.” 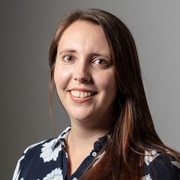 Do you live in an expensive city? Do you have any good tips on how to save money?

Zurich and Geneva are in the top ten of the world's most expensive cities with Zurich, Paris and Hong Kong on top of the list.