Swiss diplomats say a high-profile campaign in the United States reaching out to more than one million Americans with Swiss ancestry has been a "great success".

Swiss Roots, which drew to a close on Friday, attracted around 150,000 people to more than 150 events spread over the past six months.

"We are very satisfied; our objectives have been achieved," said Raymond Loretan, Switzerland's consul-general in New York. "Our team has travelled throughout the United States, from the west coast to the east coast."

Highlights included Switzerland's 715-year-old federal charter going on display in Philadelphia – the first time it had travelled abroad – and a memorable visit to Switzerland by American football star Ben Roethlisberger.

A temporary exhibition on Ellis Island in New York about Swiss emigrants, entitled Small Numbers, Big Impact, will remain open until the end of the month.

Campaign organisers, who included the Swiss consulate in New York and the promotional organisation, Presence Switzerland, were also involved in staging events ranging from a yodelling festival and cheese days to a William Tell jamboree.

A vintage Swiss postal bus also took to the road, stopping in some of the 5,000 American cities with Swiss names.

According to Loretan, more than 10,000 Swiss Roots T-shirts, bearing the white cross on a red background, and more than 350,000 stickers had been handed out.

The Swiss Roots website – www.swissroots.org – which encourages Americans of Swiss descent to find out more about their ancestors also proved a big draw.

"The success of the website is one of proofs of our success. It is registering 22,000 hits a month and 20,000 people have signed up to its newsletter," said Loretan.

Around 2,550 active members use the platform to exchange messages, reveal their links to Switzerland or search for information about their family.

Loretan added that both the site and the events organised or co-hosted by Swiss Roots had generated more coverage than expected in the US and Swiss press, and had prompted an unforeseen "collateral" effect.

"I've been informed that requests for Swiss naturalisation from Americans of Swiss origin have greatly increased since the start of our campaign. That's the best compliment we could receive," he said.

The diplomat said the task now was to ensure that the high level of interest in all things Swiss was maintained and exploited.

Discussions are already underway on the future of the internet site, which the consulate would like to develop further. The six-month Swiss Roots campaign cost around $1.1 million (SFr1.4 million).

One of the main aims of the Swiss Roots campaign was to motivate Americans of Swiss origin to discover the homeland of their ancestors and get in touch with Swiss relatives.

It also set out to stimulate dialogue between Swiss and American citizens, and offer a platform for exchange between the US and Switzerland in fields such as politics, business, culture, education, science and tourism.

There are 1.2 million Americans of Swiss descent.
5,000 US towns and cities have Swiss names.
The states with the highest density of residents with Swiss roots are California, New York, Ohio, Pennsylvania and Wisconsin. 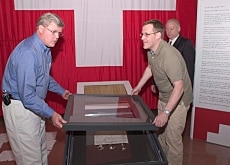 A 17-line parchment document that made Switzerland the world's first republic, is returning home after being on display in the United States. The ... 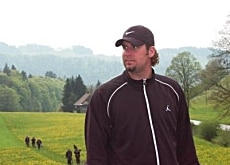 American football star Ben Roethlisberger has set many records in his few years as a professional athlete. He has recently added another: youngest ...