An Italian-born physicist has been awarded Switzerland’s top science prize for his work on molecular dynamics, it was announced on Thursday.

Michele Parrinello, who holds posts at both the University of Italian-speaking Switzerland and at the Federal Institute of Technology Zurich, will be presented with the Marcel Benoist prize on November 28.

Molecular dynamics is the computer simulation of the physical movements of atoms and molecules.

Parrinello’s work has applications in a many areas of physics, chemistry and biology. His findings have enabled industry to develop more efficient chemical processes and to develop new medicines.

In quite a different area, they have been used to simulate characteristics of materials to which scientists have no access, such as gases and rocks from the interior of the Earth or from Jupiter.

Parrinello has won many prizes for his work. The Marcel Benoist prize, first awarded in 1920, is worth SFr50,000 ($61,600) and is awarded to researchers based in Switzerland.

The Swiss science community has landed a coup with three projects among six finalists competing for the top places in a billion-euro European ...

By Marc-André Miserez in Budapest 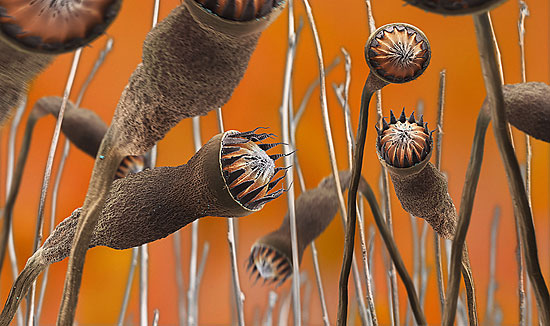 A journey into the world of the invisible

A forest of brown tree-like organisms, set against an orange sky. A vision of Mars, a scene from Star Trek? No, it's a picture of tiny moss ...

Michael Hengartner of Zurich University has won this year's Latsis prize for his work using a model organism to better understand basic biological ...