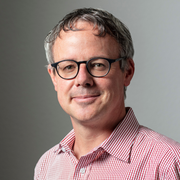 Has been a member of the editorial board of swissinfo.ch since 2015. Previously (2006-2015) he headed the Retail Banking section for the Zurich investors’ newspaper Finanz und Wirtschaft. Graduated in New Media Journalism (Master of Arts, 2014, University of Leipzig) and economics (bachelor’s degree, 1999, University of Bern).

As a small country with many big multinational companies, Switzerland relies heavily on skilled talent from abroad. Almost a third of Switzerland’s workforce doesn’t have a Swiss passport according to the Federal Statistical Office.

Over the last decade though, there has been more pressure to restrict the number of foreigners allowed to work in the country. Labour unions worry that more workers coming from outside the country will put downward pressure on wages and create more competition for jobs. Some right-wing groups see restrictions on foreign workers as part of a wider move to limit an influx of foreigners.

This content was published on Aug 16, 2018 Aug 16, 2018 Obtaining a permit to work in Switzerland depends on many factors, including where you are from, the skills you have and quotas. Switzerland has a...

Under the Agreement on the Free Movement of Persons with the European Union, workers from the EU and the European Free Trade Association (EFTA) countries have easier access to the Swiss labour market. The situation for people from so-called third countries like the United States, China and India is different.

After Swiss voters narrowly approved an initiative to limit mass immigration in 2014, quotas were reintroduced for third-country nationals. There are about 8,500 short-term and residence permits available to non-EU/EFTA nationals each year, which are distributed to the cantons. Businesses that apply for these permits must prove that no one from Switzerland or the wider EU/EFTA region could be found with the required qualifications.

This content was published on Apr 28, 2019 Apr 28, 2019 Once the ideal destination for multinationals to set up shop, Switzerland is being outpaced by other European hubs like the Netherlands.

More studies show that Switzerland has a shortage of skilled workers particularly in fields like engineering, computer science and medical technology. A study by UBS bank economists estimated that Switzerland will have a short fall of hundreds of thousands of workers in ten years’ time. Some politicians also argue that without easy access to top talent, companies will turn away from Switzerland as a place to do business.

This content was published on May 15, 2019 May 15, 2019 Complicated rules and immigration laws present obstacles for graduates of Swiss schools from outside the EU or EFTA. Will a legal change help?

Meanwhile, Switzerland remains one of the most attractive places to work thanks to high salaries and good working conditions. Many foreign graduates from Swiss universities with the skills the country needs, struggle to find employers willing to go through the process of applying for a residence permit without a guarantee it will be successful.

This content was published on May 18, 2021 May 18, 2021 Foreign workers still love Switzerland’s quality of life but still hate how hard it is to settle in and make friends.

“As a result of this regulation, the economy loses almost 3,000 highly sought-after specialists every year,” laments Rudolf Minsch, chief economist at the Swiss business federation economiesuisse.

Perspectives are slowly changing in the country though. In 2020, Swiss voters rejected a right-wing proposal to scrap the Free Movement of Persons Accord with the EU, in effect maintaining Switzerland’s preferential access to talent in Europe.

This content was published on May 27, 2021 May 27, 2021 Switzerland is increasingly being challenged as a business location because of immigration restrictions. Could the pandemic be a turning point?

The coronavirus pandemic revealed how acute the skills shortages are in fields like vaccine production, adding impetus to various parliamentary proposals that aim to ease restrictions for foreign workers and create a more flexible immigrations system to meet Switzerland’s talent needs.