Working for more than four years, Canadian investigators have spent over 50 million Canadian dollars (SFr47 million) in their effort to discover the likely causes of the accident.

All 229 people on board Swissair Flight 111 were killed when their Boeing MD-11 aircraft crashed off the coast of Nova Scotia, an hour and a quarter after leaving New York for Geneva.

In the following 15 months, investigators were able to recover more than two million airplane fragments from the ocean floor, accounting for 98 per cent of the plane's total mass.

The team then pieced sections of the plane back together as part of their continuing search for clues.

"This investigation is one which certainly stands out by its sheer size and complexity," Swiss aviation expert Sepp Moser told swissinfo on Wednesday.

"The main purpose of all such investigations is to give experts the necessary information to help avoid a recurrence and the Canadian team have certainly done a very good job in this regard."

Fourteen safety recommendations have already been made by the investigators, mainly relating to flight data recorders, in-flight fire-fighting procedures and the flammability of aircraft material.

And even though the final report won't be published until Thursday's press conference in the Nova Scotia capital Halifax, widespread leaking of last year's draft copy means that few surprises are likely to emerge.

Nor is the report likely to provide a single definitive reason for the crash.

It is already known that a fire on board the plane and the failure of the aircraft's electrical system played a major part in the disaster.

It is not clear, however, if the electrical failure might have caused the fire or vice versa.

Thursday's report is also likely to consider the extent to which an inflight video game system, faulty electrical wiring and insufficient fireproofing might have contributed to the electrical failure.

Again, though, no conclusions are likely to be drawn as to whether any of these could have individually caused the crash.

"The main causes and the major chain of events have been known for at least two years now," points out Moser.

"The only question still open, and one which may remain open, is how exactly the fire began.

"Even if it is not possible to answer that question for sure, I am sure the report will be as comprehensive as possible."

Hours after the publication of the report, the Swiss public will be able to see for themselves just how comprehensively the investigators worked.

A documentary film following the work of the Canadian team is due to be televised on Thursday night.

The journalist responsible for the film, Kurt Schaad, hopes that the Swiss will be reassured by what they see.

"I was amazed by the dedication of the Canadian investigators who really went at their job like maniacs," Schaad told swissinfo.

"Many were working seven days a week, almost day and night, with hardly any vacation.

"It will be up to the public to say what they think of the documentary, but I hope they come away with a sense that they've learned something about these investigations and with a belief that a similar accident won't happen in the future."

One particular group of people sharing that hope will be the friends and families of those killed on Flight 111.

Although Swissair has now disappeared, the company's post-emergency coordination office is still offering assistance to the victims' relatives, with funds made available by Swissair administrator Karl Wüthrich.

The office is due to be closed in May, but counselling will continue to be provided by a private company, Carelink, which was founded shortly before the grounding of Swissair.

"Things like anniversaries or new reports can certainly bring back memories," Carelink director Franz Bucher told swissinfo, "and we will be here if anyone wants to speak to somebody from the former Swissair care team.

"What we're hearing primarily from the families, though, is that they are interested in what the report has to say and keen to hear it firsthand from the Canadian investigators.

"Of course, if anybody is expecting to be told the exact reason for the crash, they'll presumably be disappointed and that could also bring back bad feelings.

"But most of the families we speak to seem to have found their way back to some form of normality now and have managed to integrate this tragedy into their lives."

After losing both his parents in the Swissair crash, Myron Ratnavale is one of the relatives who plans to follow Thursday's press conference via the internet.

"I'd be surprised if the investigators managed to pinpoint any new cause," Ratnavale told swissinfo on Wednesday, "but I hope it will give us all some kind of emotional closure.

"Of course the emotions don't go away but many of us will see the final report as a type of closing chapter."

In the months that followed the tragedy, Ratnavale acted as a representative for many of the bereaved families in Europe, but now he says the need to pull together is fading.

"As every year passes, we're doing less and less together," Ratnavale says. "Many people have now managed to absorb what happened."

"The only general exception I see is some of the mothers who lost children on the flight. For many of them, the crash seems to have been a watershed in their lives, and one which they still can't deal with."

Thursday's final report may not provide answers to all the questions raised by the families since September 2, 1998, nor will it end those bad memories that remain.

But hopefully it will give those most affected by the crash the feeling that now at least they know all that it has been possible to find out.

Swissair Flight SR-111 crashed off the Canadian coast in September 1998, killing all 229 people on board.
Fragments of wreckage recovered from the scene pointed to a fire as the cause of the disaster.
Canadian investigators will issue their final report on the crash on March 27. 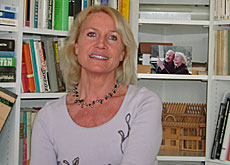 Four-and-a-half years after Swissair Flight 111 crashed into the sea in Halifax, eight compensation cases are still pending against the former ...