At a time of great distress caused by the coronavirus pandemic and other unprecedented global challenges, people are looking to human rights as a driver for hope, says United Nations special adviser Fabrizio HochschildExternal link. 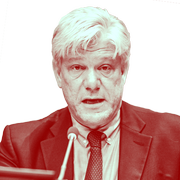 Fabrizio Hochschild, special adviser to the UN Secretary-General on the commemoration of the UN 75th anniversary

Seventy-five years ago, the UN was created to advance global peace and security, improve access to development and further respect for human rights. As people emerged from two world wars, as the full horrors of the Holocaust were exposed, as the shadow of the Cold War began to descend and as those living under the yoke of colonialism – nearly one-third of the world’s population then – fought to be free, respect for human rights was a global rallying cry. The Universal Declaration of Human Rights, adopted on 10 December 1948, inspired peoples across the world and laid the foundation for governance and institutional reforms, for progressive, people-centered legislation and education that reverberates from generation to generation.

This content was published on May 26, 2020 May 26, 2020 Is there hope for the United Nations in its 75th year? A look at what people think of the organisation and whether it needs change.

But for several years now, in some parts of the world respect for human rights has declined. The United Nations Secretary-General and High Commissioner for Human Rights have warned of a backlash – both at the country level and in discussions at the United Nations, notably in the fight against terrorism, with regard to women’s rights and in space for civil society participation and activism.

The United Nations independent rights experts have raised the alarm over the steep increase in attacks, including murder, on human rights defenders, from environmental defenders to journalists. The Covid-19 pandemic has laid bare deepened poverty, rising inequalities, structural and entrenched discrimination, and other widening gaps in the protection of social and economic rights.

Has the popularity of human rights faded?

In 2020, to mark its 75th anniversary, the United Nations set out to listen to the people it serves. It launched a global consultation to understand peoples’ hopes and fears for the future, and to seek to better understand expectations of international cooperation and of the UN in particular.

About 1.5 million people participated in our consultations directly, through surveys and dialogues in all UN member and observer states. Many more did so through our partners on the ground, from large youth movements to business people and indigenous groups.

We also asked Edelman Intelligence and the Pew Research Center to carry out independent, representative polling of 50,000 people in 50 countries – to serve as a reality check and ensure we were not just hearing from those sympathetic to us.

In the midst of a pandemic, with poverty on the rise, conflicts unresolved and climate change unchecked, we were uncertain as to whether furthering respect for human rights would feature at all, let alone as a priority for the global public.

But it did. Of the issues cited as priorities for recovering from the pandemic, all have human rights at their core, from securing better access to basic services to improving how we address inequalities. Meanwhile, the most common proposals for solutions centered on increasing people’s participation in decisions that affect their lives, and on increasing the inclusion of vulnerable and marginalized groups. In the longer term, next to combatting climate change and environmental destruction, respondents main priorities all reflect an aspiration for more universal respect for human rights.

The call for universal respect for human rights and human dignity unified humanity after the second World War. And it does so again today. At a time of great distress and unprecedented global challenges, people look to human rights as a driver for hope and just measure for decisive action to realize the future we want. We need to heed the call.