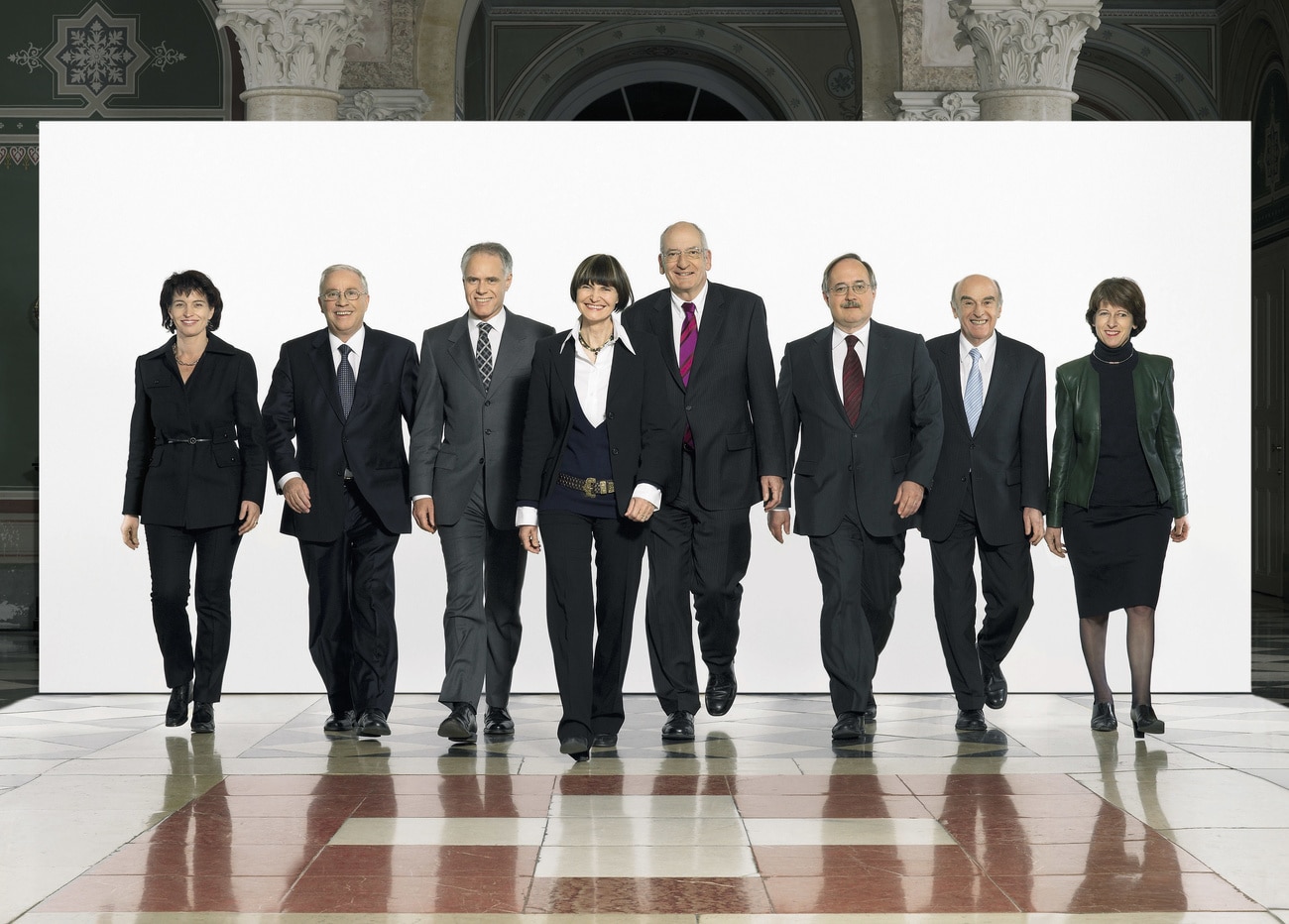 2006, photographed by students at the Zurich Art College HGKZ 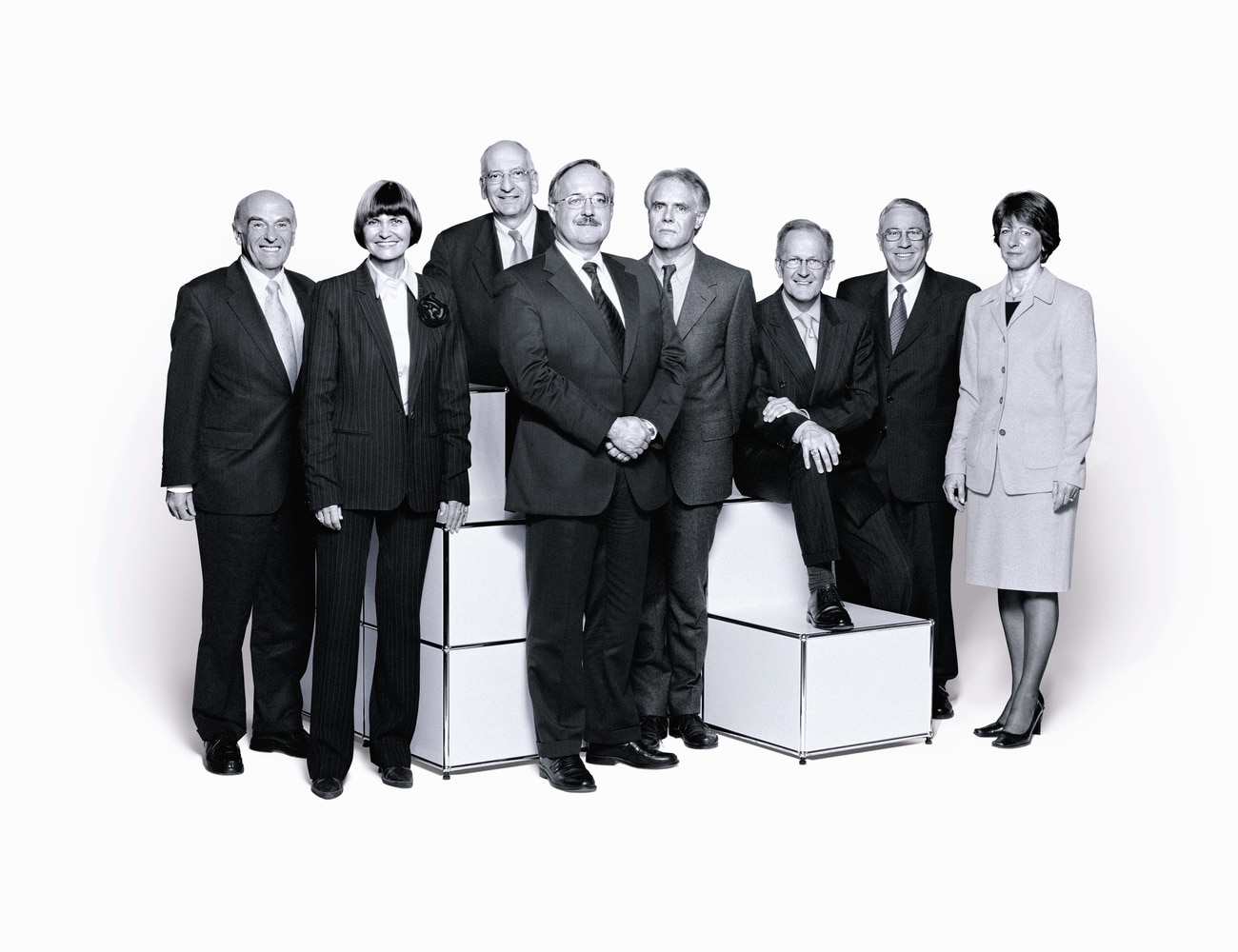 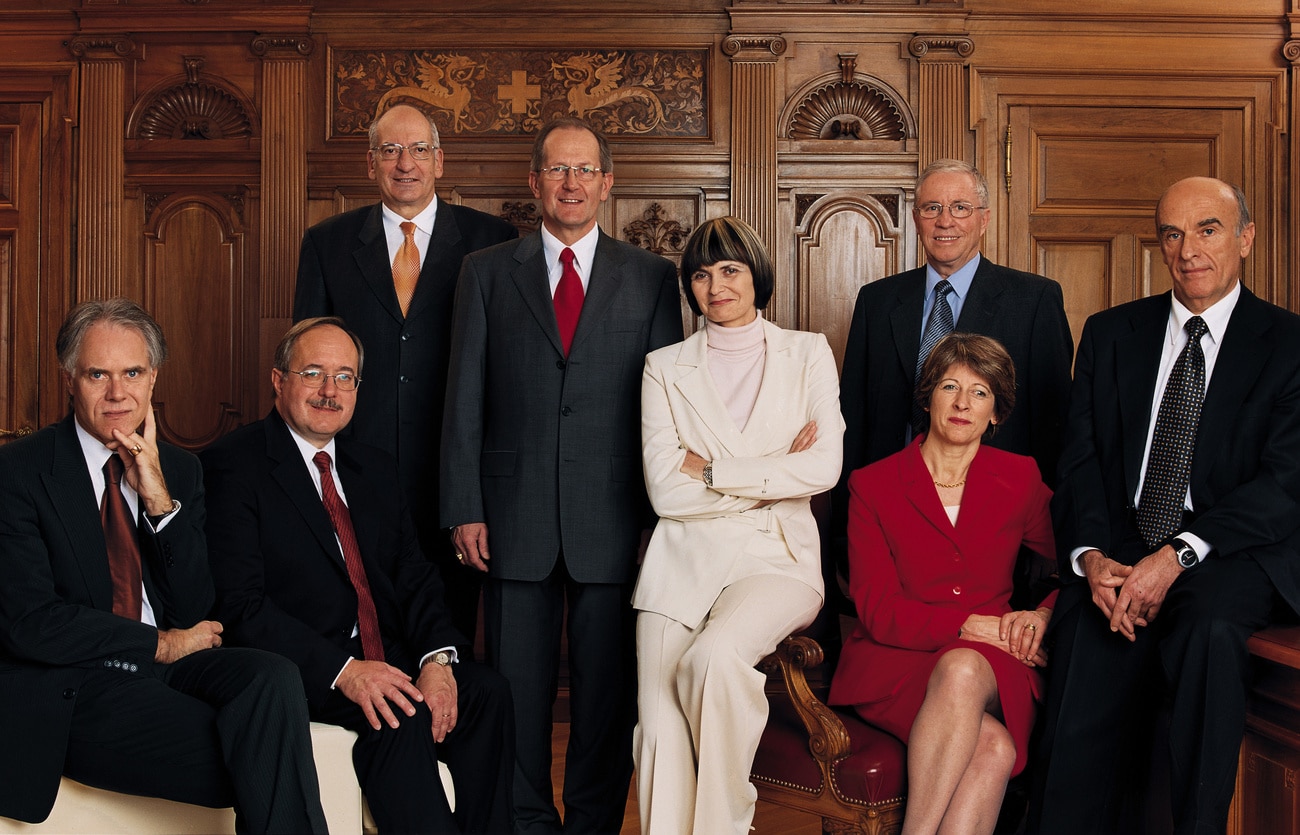 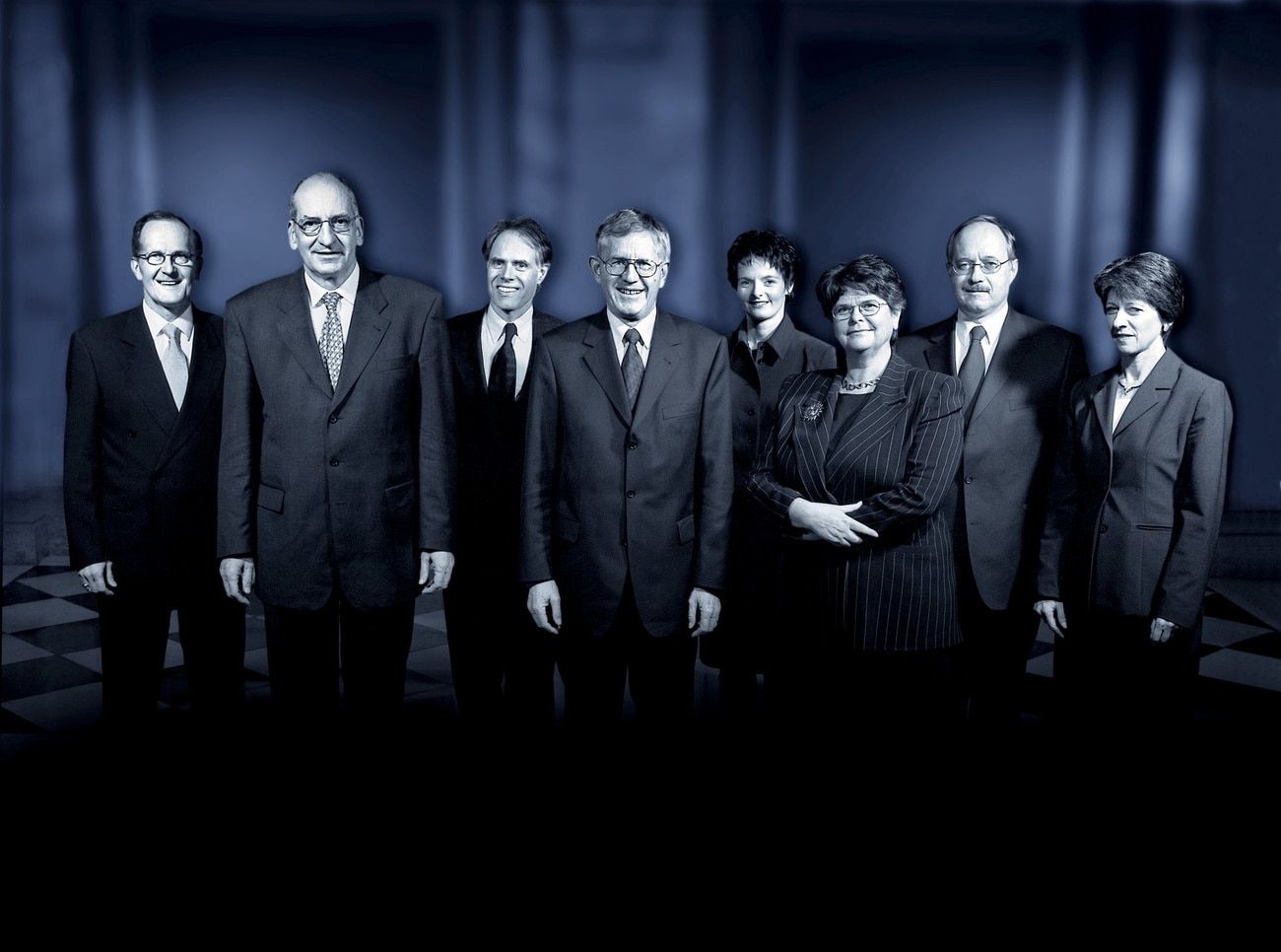 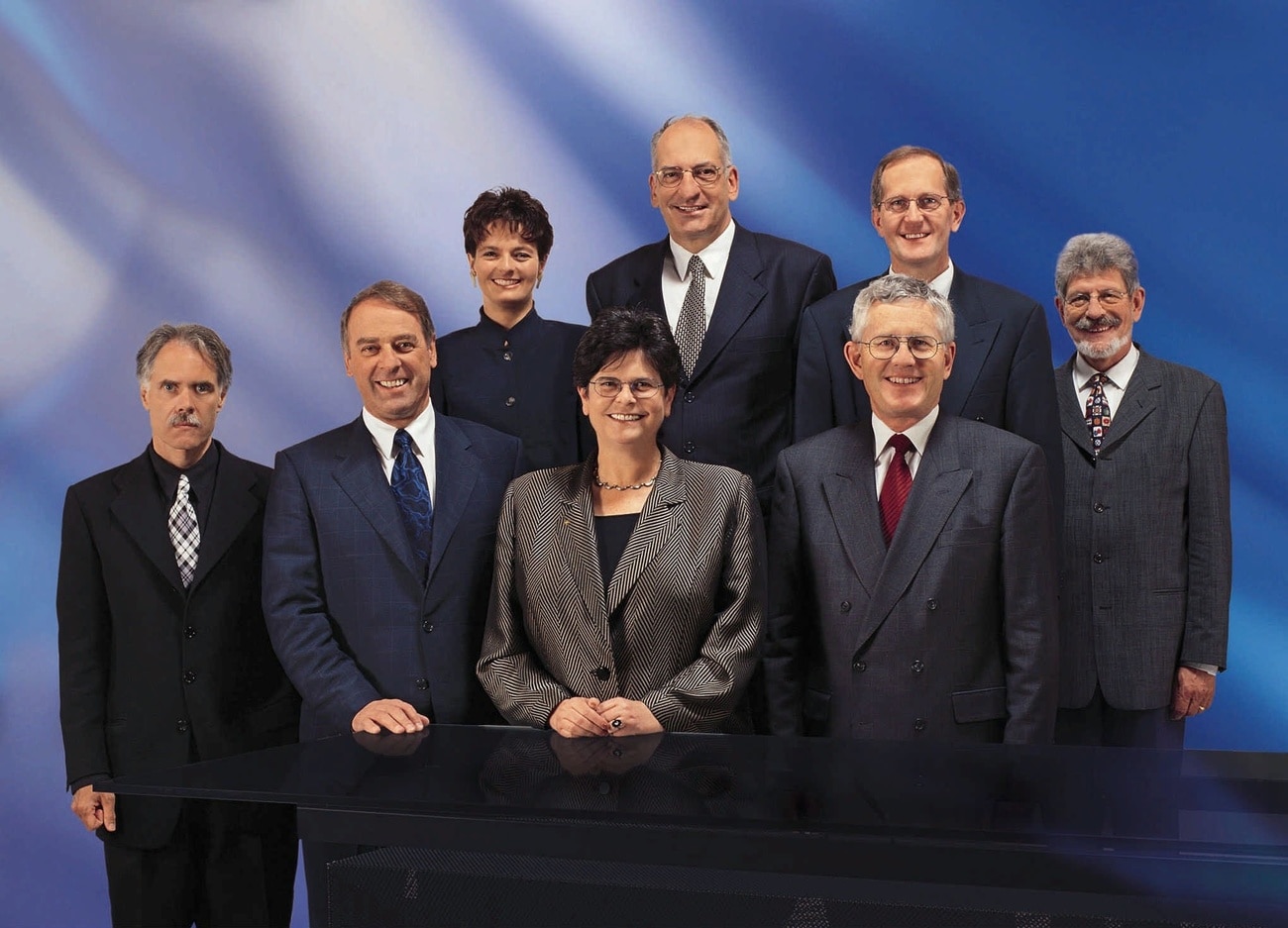 The group photo of the seven-member Swiss cabinet is an annual ritual. It is not just a souvenir but also captures the mood and ambitions of the government through symbolism.

Standing or sitting, modern or traditional, formal or casual, indoors or outdoors: Little details can convey hints about what Switzerland’s most powerful politicians are thinking.

In general, most of the photos are sober, usually taken inside the Swiss parliament in the capital Bern. Those that stray from this model often attract a lot of interest and speculation.

One such picture is this year’s photo with the cabinet presented against a black background by photographer Beat Mumenthaler. The brief given to him by President Doris Leuthard was to show a sense of “closeness”. Not everyone got the message. Certain Swiss papers likened it to a Hollywood poster for a movie about the mafia while others compared it to the music album cover “Queen II” by British rock band Queen.

The 2016 image, captured on the factory floor of a printing company, was meant to emphasise the importance of employment during the presidential term of Johann Schneider-Ammann. The 2008 group photo was a bit of puzzle as the politicians were hidden among a crowd.