Although average individual wealth in the country dropped by 13 per cent since last year, the Swiss remain the wealthiest people in the world, according to the annual Global Wealth Report from Credit Suisse.

The high value of the franc played a significant role in launching the Swiss to the top of the wealth index, according to the study, “propelling net worth per adult in Switzerland to unprecedented levels when measured in US dollars.”

The average wealth per inhabitant, as measured by the study, was $468,000 (SFr439,874), and has more than doubled since the year 2000 when measured in dollars. When measured in Swiss francs, household wealth dropped in 2001 and 2002 and has crept steadily upward ever since, though less dramatically.

Eight of the ten richest countries suffered drops in personal wealth ranging from four to 17 per cent, and only Japan and the US saw slight gains of one per cent each. This drop in average wealth across many western countries is attributed to the eurozone crisis, low interest rates and a general wariness on the part of investors.

For the first time, Asia emerged as the world’s wealthiest region overall, with $7.1 trillion in net household income. Europe took the biggest hit on regional wealth over the year ending June 30, experiencing a 14 per cent decline in net wealth of $69.3 trillion.

Three countries from the Asia-Pacific region were among the ten wealthiest nations: Australia, in second place with average individual wealth of $354,986; Japan, with $269,708; and Singapore, with $258,117.

Other European countries in the top ten include Norway, Luxembourg, France, Britain and Sweden.

The following countries placed in the top ten for average individual wealth in the 2012 Credit Suisse Global Wealth Report. The study measured global wealth between July 1, 2011 and June 30, 2012.

Economic success How Switzerland is weathering the storm

Switzerland is mastering the current economic crisis better than its recession-hit European peers. To explain the discrepancy with prosperity and ... 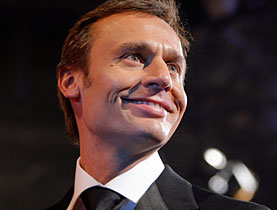 Switzerland comes up with more billionaires

The number of super rich Swiss who made it into the Forbes list of the world's billionaires has increased to 12 people. Topping the list of the ... 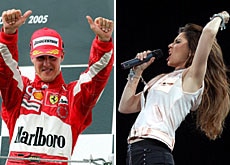 The 300 wealthiest Swiss are getting even richer, according to a survey published on Tuesday by a leading business magazine. Bilanz's annual ... 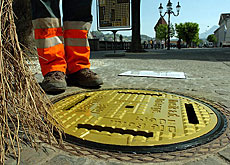 Switzerland lies on top of the wealth tree

Photographer Daniel Schwartz takes a look at money and its allure. Money makes the world go round. Schwartz looks at money as a physical and ...