Many Swiss consumers shop in nearby towns on the other side of the border to avoid high prices at home. Now, Swiss border towns want to form an alliance to put an end to the practice of "shopping tourism". We paid a visit to the Swiss town of Kreuzlingen to find out more.

We are at the border between Kreuzlingen (Switzerland) and Constance (Germany) on a Friday afternoon in July. Konstanzerstrasse, the road crossing the border, is normally heavily congested, but today is quiet. The locals say it’s because of the holidays. “At the moment, there are surprisingly few cars,” says Andreas Netzle, the mayor of the town. “On Fridays and Saturdays, this road is usually completely packed.”

Constance, Waldshut, Rheinfelden, Lörrach, Weil am Rhein: these towns sound like music to the ears of many Swiss bargain hunters, offering prices they can only dream about back home.

According to Netzle, the agreement on the free movement of people, signed with the European Union (EU) in 2002, was the beginning of a difficult road for many Swiss shops close to the border. And when the Swiss National Bank (SNB) abolished the currency cap in 2015, the Swiss franc became even stronger.

“This move worsened the whole situation that shops and businesses have already been facing,” Netzle says. He particularly complains about the inequalities between trade in Kreuzlingen and trade in Constance. He calls it a “collision of prices within walking distance”. Experts estimate that shopping tourism incurs an annual loss of more than CHF10 billion ($10.4 billion) for Swiss businesses.

VAT? No need to pay!

The low prices alone are tempting. However, those shoppers patient enough to have their export certificates stamped at the border can even claim back the 19% German value-added tax when they return for their next shopping trip. Those who stay within the limit of the CHF300-allowance do not have to pay Swiss VAT either.

Cross-border shopping What to do about Switzerland’s eye-watering prices?

Switzerland remains in a price league of its own, driving thrifty shoppers over its borders. Politicians and consumer groups are now demanding action.

Swiss bargain hunters with their overloaded trolleys making others wait by asking for their export certificates can be a bit of a nuisance for some local Germans, who simply want to do their daily shopping. As Netzle has detected some need for action, especially when it comes to value-added tax, he initiated the formation of the border town alliance against shopping tourism at the beginning of this year, just before he stepped down as mayor.

“The main thrust is the so-called VAT justice,” he says. People frequently crossing the border and keeping their shopping within the allowance never pay Swiss VAT. “I believe that everyone should pay VAT, no matter whether in Germany or Switzerland.”

Hence, Netzle’s “Border Town Network” calls for reducing the tax-free allowance from CHF300 to CHF50, a demand several Swiss parliamentarians also advocate. “I understand everyone that wants to shop at cheaper prices. It is natural behaviour. Everyone is looking for the best offer. However, it needs to be fair and, first and foremost, it needs to be equal. Everyone should pay tax,” Netzle says.

In response to sceptics’ concerns about extra costs and efforts for customs, the mayor argues that digital technology could easily handle it. He is also convinced that the additional income would compensate many times over for any extra work.

The network’s second goal is to advocate for lower prices at home. “We know that the prices of certain products are artificially increased in Switzerland,” Netzle observes. This artificial price level is the reason why so many people do their shopping abroad. Netzle also considers the “fair-price initiative”, launched by the consumer protection group and currently seeking signatures, to be a good tool for combating high prices. At the end of the day, “we need to get our act together and do something about the high prices in our country.”

In his effort to combat high prices, Netzle has already received the support of the Swiss association of local authorities, which has taken the lead and is organising separate discussions in the different language regions. The first discussion for Swiss-German border towns is due to take place in Kreuzlingen in September this year.

And the cry for help has reached Bern. In July, Swiss economy minister, Johann Schneider-Amman, announced the introduction of a series of measures to put an end to high prices. Such measures would involve lowering trade barriers, cutting bureaucracy and easing import regulations. So far, no further details have been announced.

Successful despite proximity to the border

Not all shops in Kreuzlingen suffer from shopping tourism though. After we had interviewed the mayor, Urs Portmann, who sells tobacco products and spirits just a stone throw away from the border with Germany, invites us for a coffee in his walk-in humidor.

The shop has existed for 50 years. How have Portmann and his son managed to survive in such a difficult environment? And how have they managed to thrive? The secret of their success is that they are specialists, they pay extreme attention to their products, and they employ well-trained and friendly staff who maintain good relations with customers.

They also started early to cultivate business with customers from around the world, which helped compensate for the financial crisis in Europe. And as most of the spirits, which are a popular tax-free item, are purchased abroad, they can offer them at competitive prices even compared with Germany. You have to “grab the people when they are there and stop complaining,” Portmann senior emphasised.

Oliver Oesch, who sells bicycles just a few doors down the road, has no reason to complain either. He says he understands Swiss consumers and openly admits that he also does his shopping abroad. Oesch and his wife actually wanted to open their shop near the border. “Being in the outlet business puts us in a good position as it allows us to offer better prices than our competitors in Germany. This is why we are doing so well.” They even have customers coming from Constance to buy bikes.

The only thing that bothers him about Konstanzerstrasse is the pollution. “This road is usually heavily congested from Thursday to Saturday. The pollution is terrible and breathing is difficult. Something needs to be done about it.”

It’s actually good news: according to a study by the BAK research institute in Basel, price levels in Switzerland’s retail trade have dropped by 8% since the turn of the millennium. At the same time, some consumer goods have become more expensive in neighbouring countries.

Nevertheless, Swiss consumers still pay much more for the same products than their immediate neighbours. High wages in Switzerland are often named as the reason for this. However, the study has also found that high salaries only account for 4% of the total cost difference. BAK Basel labels the exchange rate development as the main reason as it has masked the adjustment of the relative prices. The Swiss Franc has hugely gained in value due to the abolition of the currency cap in 2015.

“Switzerland is still very expensive, which is reflected in numerous consumer price comparisons between Switzerland and other countries,” the study concludes.

According to several studies, the Swiss price watchdog, which advocates for fair prices and a transparent price politics on behalf of the federal government, estimates that the prices for imported goods are about 30% more expensive in Switzerland than in other European countries. They also found that Swiss producers ask for higher prices on the domestic market.”

Cross-border shopping What to do about Switzerland’s eye-watering prices?

Switzerland remains in a price league of its own, driving thrifty shoppers over its borders. Politicians and consumer groups are now demanding action. 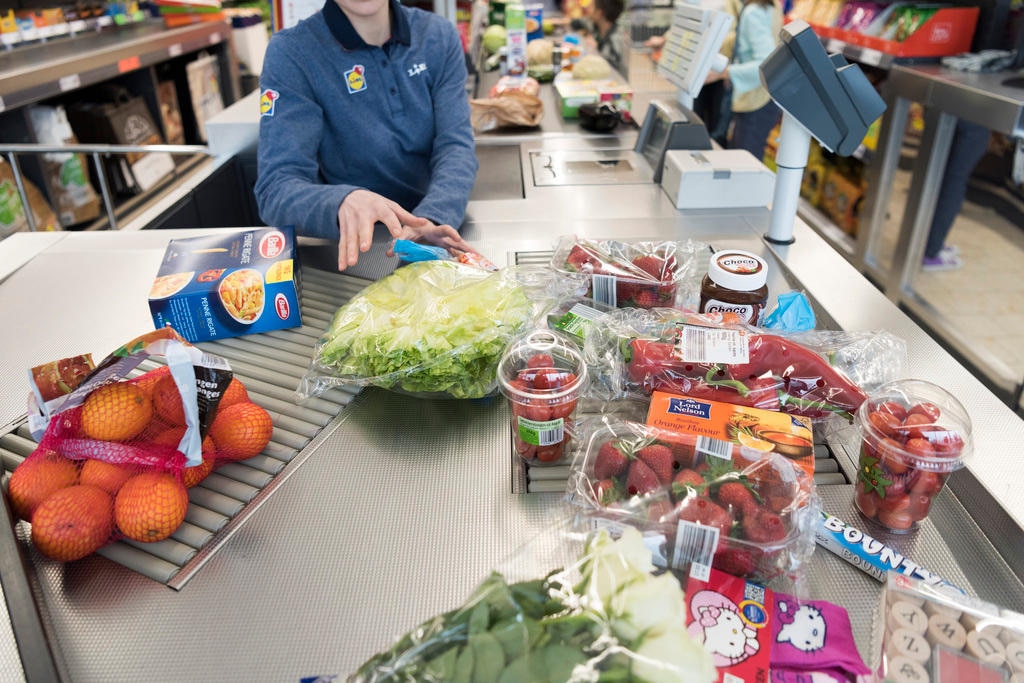 Switzerland is a tough place to afford, per a series of recent headlines.

Consumer groups and business lobbyists are pressing for state intervention to reduce prices in Switzerland.

The strong franc continues to scare off foreign investors to Switzerland, while at the same time driving Swiss manufacturing abroad. These are the ...