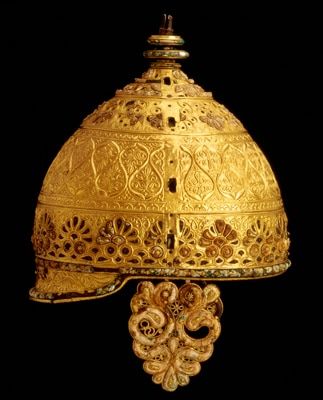 An iron and bronze helmet, decorated with gold and coral. From Charente in western France, around 350 BC. The splendid helmet would have belonged to a high-ranking Celtic warrior. (Musée d'Angoulême) 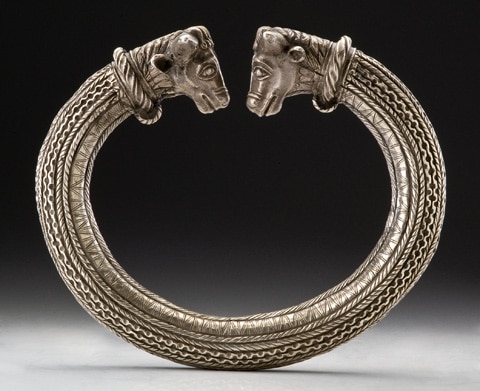 A torque from Trichtingen, Baden-Württemberg, southwest Germany, 350-100 BC. The ring, found in 1928, weighs 7kg. It is made of iron plated with silver and is decorated with two bull's heads. (Landesmuseum Württemberg Stuttgart) 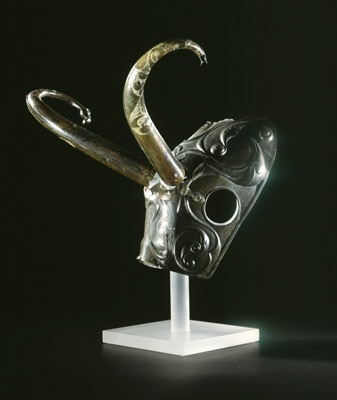 A bronze "pony cap". Around 200 BC. (The Trustees of the National Museums of Scotland) 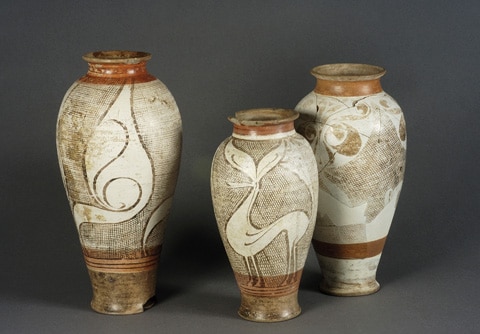 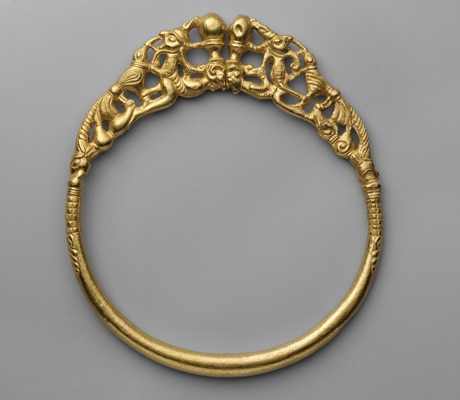 Gold torque from the Erstfeld hoard, around 380 BC. The famous Erstfeld hoard consists of a total of four torques, which go round the neck, and three arm rings, richly decorated with fabulous entwined figures. (Swiss National Museum) 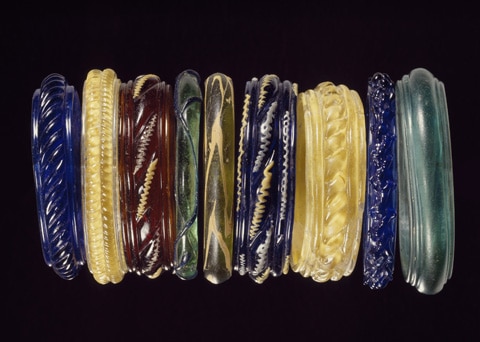 Glass arm rings from the Bern region, around 200 BC. The Celtic glass arm rings are among the few archaeological finds whose colour has not faded over the course of time. They were worn by women whose clothing was probably just as colourful. (Historisches Museum Bern) 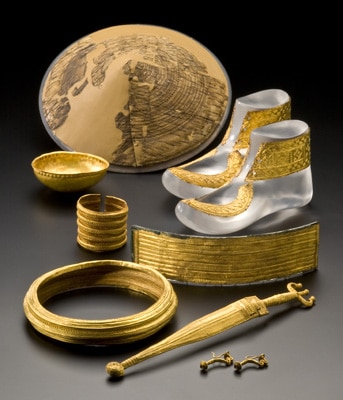 These items are being shown outside Germany for the first time: they come from the famous Hochdorf Chieftain's grave of around 530 BC. (Landesmuseum Württemberg Stuttgart) 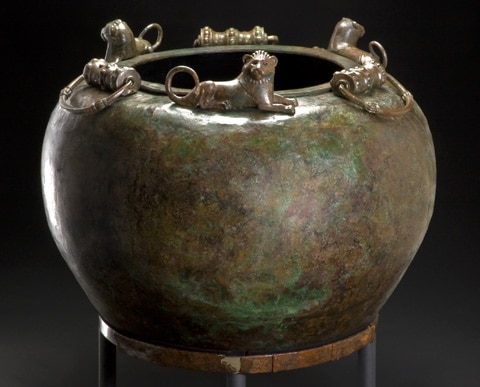 Bronze cauldron, Hochdorf, around 530 BC. The finds at Hochdorf include a bronze cauldron able to hold 350 litres of mead. It was imported from Greece. (Landesmuseum Württemberg Stuttgart) 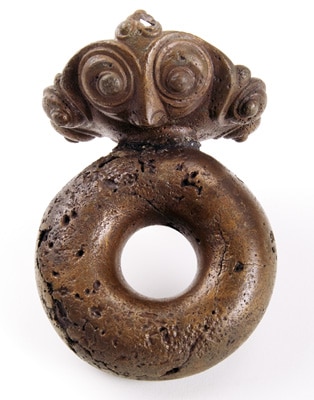 Bronze chariot attachment from Mezek (Bulgaria), around 270 BC. The ring was one of five belonging to a yoke used for horses pulling a chariot. (National Archaeological Institute and Museum, Sofia) 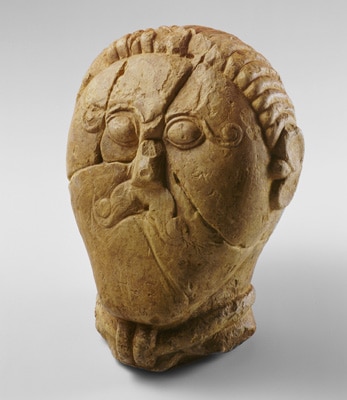 The stone head of Mšecké Žehrovice (Czech Republic), around 200 BC. Found in a Celtic sanctuary, it could represent a divinity. But based on the hairstyle, similar to the tonsure of early Christian monks, it could also be a druid head. (Archeologicky Ustav AV CR, Praha)

Ancient treasures on show in Bern.

An exhibition at Bern's History Museum explores Celtic art with masterpieces from 500 BC to AD 700 selected from all over Europe, from Scotland to Bulgaria. The Celts were the first people of northern Europe to make an important contribution to European art. Their unique art has never before been celebrated in such a wide-ranging exhibition.