Twenty years ago, two Swiss villages were the scene of the mass deaths of 48 members of the esoteric Order of the Solar Temple cult. (RTS/swissinfo.ch)

Solar Temple gained worldwide notoriety between September 1994 and March 1997 when the burnt bodies of 74 of its members were found in Switzerland, Canada and then France. On October 5, 1994, 23 bodies were discovered in a burnt-out farm in canton Fribourg. Another 25 bodies were found in canton Valais.

Several had been shot in the head or asphyxiated, and many had been drugged, in what were apparently ritual murders, although some were thought to have been willing participants in the supposed mass suicides.

The two founders of the sect, Luc Jouret and Jo Di Mambro, were among the dead. They had allegedly extorted followers of their money and convinced them that they must die by burning in order to attain bliss in the afterworld.

The sect was founded in 1983 by the Belgian Luc Jouret and Frenchman Joseph De Mambro as a secret order in Geneva combining several groups. It was only named the Order of the Solar Temple in 1990. 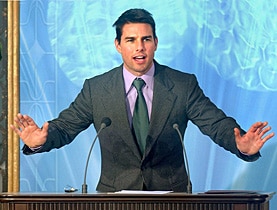 The religious landscape in Switzerland is changing constantly, with traditional churches losing ground to new spiritual movements. While ...