The psychedelic drug LSD is a step closer to making its long-awaited comeback as a medicine.

Swiss medical authorities have given a doctor approval to carry out LSD-assisted psychotherapy trials on patients suffering from advanced-stage cancer and other terminal illnesses.

This will be the first government-approved study looking into LSD's therapeutic benefits on humans in over 35 years.

Lysergic acid diethyladmide, better known as LSD and famed for its hallucinogenic trips, was also once a well-respected treatment for a variety of psychiatric disorders.

"I am convinced that LSD can be a good aid for psychotherapy," Peter Gasser, the psychotherapist from Solothurn who is leading the trials, told swissinfo.

"You have to imagine that people are facing death and are terrified of dying... even panicking. They look back on their lives for a spiritual meaning. It is well known that LSD can often help this happen."

In the three-month-long trials that are due to begin in January, 12 patients will be given either an active 200-microgram dose of LSD or a placebo.

"The patients will have two full days when LSD is administered under observation. It's like an intensive daydream during which they can lie down quietly and listen to music. The LSD influence lasts for about eight hours."

The trials are being sponsored by the Multidisciplinary Association for Psychedelic Studies (MAPS) and will cost around $150,000 (SFr190,000).

"My personal vision is that one day LSD will become a drug like morphine and that only trained people will be able to give LSD to patients," he said.

LSD was chosen for the trials because of its ability to induce mental states where the senses, perceptions and moods are intensified and altered.

But critics say it can also cause terrifying "bad trips" in which the user suffers panic attacks and paranoia.

LSD is one of the best-studied medicines in the world. Previous studies revealed that LSD was generally safe for therapeutic use. Before it was declared illegal in 1966, many therapists hailed the drug a miraculous tool for psychotherapy.

But support for the drug dwindled among practitioners after it was made illegal and therapists could no longer provide it for medical use.

Gasser said it had been "very difficult" to gain approval from the Aargau cantonal ethics committee, Swissmedic, the Swiss Agency for Therapeutic Products and the Federal Health Office. Final clearance came through on December 5.

Elisabeth Grimm-Bättig, president of the Aargau cantonal ethics committee, said the main question mark concerned the special situation in which the patients find themselves.

"They know that they don't have too much time left to live; another question we had was about how exactly the patient would be told about the usefulness... and also the risks of a bad trip. We want them to understand and not feel under pressure."

Despite the tough approval process, Gasser acknowledged that he had been aided by a "more liberal" climate in Switzerland and an "unprejudiced" ethical committee.

"Over the past 20 to 30 years it wouldn't have been possible to do such as study as the climate surrounding the drug was very negative – the hippy and techno movements with people taking the drug for recreational use," he said.

"But last year I wrote a letter to Interior Minister Pascal Couchepin, who answered saying that if the ethical and scientific requirements were fulfilled there would be no problem to get permission."

Albert Hofmann, the Swiss scientist who accidentally discovered LSD in 1938 while working for the Basel-based pharmaceutical company, Sandoz, told Swiss television that he was delighted to be able to celebrate the rehabilitation of his problem child.

"My wish has come true. I didn't think I'd live to find out that LSD had finally taken its place in medicine," he said.

Hofmann, who is still in excellent health, is due to celebrate his 102nd birthday in January.

LSD was discovered by a Swiss scientist, Albert Hofmann, in 1938 while he was working for the Basel-based pharmaceutical company, Sandoz (which later merged with Ciba-Geigy to become Novartis).

Researchers were looking at ways of identifying and synthesizing chemical compounds from plants. Sandoz produced and sold the first LSD tablets in 1947, mainly as a treatment for alcoholism and other psychological disorders.

LSD later became popular as a recreational drug, especially with the 1960s hippy generation. Its widespread use caused an outcry, which eventually led to a worldwide ban at the end of the 1960s. It also gradually fell out of favour in the medical world. Sandoz stopped producing it in 1966.

LSD is said to be one of the most potent hallucinogenic substances where senses, perceptions and moods are intensified and distorted. It can complicate mental health problems, but it is not considered an addictive drug.

A trip can last up to 12 hours. LSD can also cause flashbacks where part of the trip is re-experienced after the event. 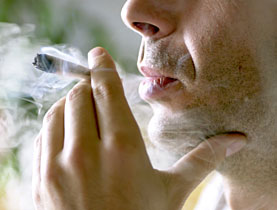 Cannabis is set to make news headlines again this week when parliament meets to discuss a plan to decriminalise the psychoactive drug. ... 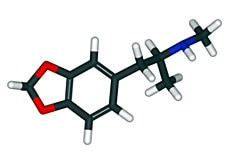 MDMA, otherwise known as ecstasy, is being given to patients suffering from post-traumatic stress disorder (PTSD) as part of a clinical study in ...