The organ in Zurich’s Grossmünster cathedral has just celebrated its 50th birthday – young in organ terms, but in its day it changed the way the wind blew. Literally.

January 31, 1960 saw – and heard – the inauguration of the fourth instrument to grace Zurich’s largest church. But it was how the keys, valves and pipes were all connected that had everybody talking.

“At the time it was definitely a special undertaking to build an organ of this size with a mechanical tracking system,” Andreas Jost, who has been the organist at the Grossmünster for two years, told swissinfo.ch up in the organ loft.

“Before 1960, tracking systems were usually electric or pneumatic. From the keys to the furthest valves, everything in this instrument happens mechanically.”

The driving force behind this heterodoxy was Victor Schlatter, then organist at the Grossmünster. Rocking the boat is generally considered very unSwiss, but Schlatter had his heart set on an instrument by Swiss organ builders Metzler, who had returned to mechanical organs a few decades earlier.

“[This system] has the advantage that you can articulate much more accurately and more deliberately,” Jost said.

“You can really influence the sound and the way the valves open in the pipes – softly or impulsively. With electric tracking there is no difference – the valves simply open and shut.”

swissinfo.ch had a go on the organ’s four manuals and discovered that while stroking the keys would indeed result in a slow release of sound, they would also be impressively responsive to some aggressive staccato finger work.

But this touch-sensitivity can come at a price. On some instruments, as more stops (sets of pipes) are pulled out, the organist must apply more force to a key for it to play. Two-hour recitals would not be for the faint-fingered.

“In Bach’s time there were only mechanical tracking systems – you had no choice,” said Jost, whose hands look fine. “Then with industrialisation [roughly corresponding to the Romantic Period] modern techniques began to be applied to organ building and such mechanical systems were only used for much smaller instruments.”

Anti-Semitic prejudices tend to rise to the surface during crises. Switzerland has a history of this kind of discrimination.

Fifty years is a blink of an eye compared with the cathedral’s 900-year history – more, if you believe the legend that it was founded by Charlemagne (742-814), whose horse apparently fell to its knees over the tombs of Felix and Regula, Zurich’s patron saints.

“To say it was a pioneering organ is a bit of an exaggeration. It wasn’t as if the entire world came and said ‘wow, I’ve never heard a mechanical tracking system before’ – but it was somewhat unusual for the era,” Jost said.

“Also, builders again began housing the various manuals in separate cases,” he said, pointing to the pipes for the pedals to the left and right, for the Great (the main manual) directly above the console and for the Swell (the upper manual) right at the top, all in their own chests.

“This makes the polyphony much more noticeable; the sound is more transparent,” he said. “That’s another characteristic of this instrument.”

In other words, the audience can pick out individual organ sounds – for example, trumpets, flutes and oboes – better, as with an orchestra.

The Grossmünster organ is powerful, but not deafening. Jost describes the sound as “noble”. Listen to the attached audio, in which he plays for swissinfo.ch the Fantasia from Bach’s Fantasia and Fugue in G Minor. 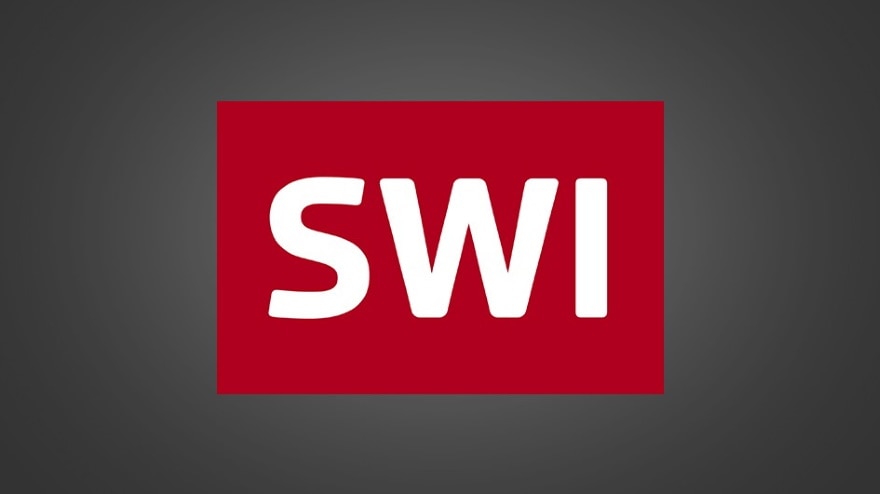 He also shows off the instrument’s range – from the ear-splitting one-foot (30cm) piccolos to the stomach-churning 32ft (ten-metre) principal bass pedal.

“Some people don’t like this sound,” he says, playing a reedy pipe. “It’s a bit nasal. It’s like Swiss cheese: you’ve got to get used to it!”

The Metzler organ has 67 registers (stops) – half as many as the largest in Switzerland (in the Klosterkirche in Engelberg) – but Jost says that’s enough.

“Each register has its own character. You don’t need more. The charm and the excitement lie in the limits. It’s like being in a kitchen with every possible spice and not knowing how to mix them and ending up with a meal that doesn’t taste good at all,” he said.

“With such a giant instrument it takes a lot of time and you have to know it really well to be able to combine everything. You have to be creative and try things out.”

One of the greatest influences on the Grossmünster was Ulrich Zwingli, a leading figure of the Reformation in Switzerland who in 1519 became pastor of the Grossmünster and promptly threw out anything that wasn’t sanctioned by the Bible, including music.

As a result, most cellars have more sparkle than the austere Grossmünster, whose white walls are broken only by an explosion of colour in the chancel – stained-glass windows by Swiss artist Augusto Giacometti (1877-1947) – and the copper pipes of the organ at the other end.

“Some people really like it, but for others the church is a bit sober. But, well, we are in Protestant Zurich!” Jost said.

“But when I come in early in the morning and the sun is shining through the Giacometti windows, it’s a special atmosphere.”

He also raves about the cathedral’s acoustics.

“There are churches – I won’t name names – in which the choir area for example has been separated off and sounds like a library, with the organ sound hitting a wall. Here however it works!”

The largest organ in Switzerland is in the Klosterkirche in Engelberg, which has four manuals and 9,097 pipes.

By contrast, the largest organ ever built, at the Atlantic City Convention Hall in the United States, has seven manuals and more than 32,000 pipes.

The oldest playable organ in the world is thought to be in the church of Notre-Dame-de-Valère in Sion, canton Valais. Its oldest parts date back to 1435, but they include only most of the case and no more than 12 original pipes.

The most expensive organ in Switzerland is the SFr5 million ($4.6 million) instrument in Lausanne Cathedral, which was inaugurated in 2006. It is the first organ to feature four styles, the first to have been designed by a designer (Giugiaro), and the first in a European cathedral to have been constructed by a US company.

Construction of the Grossmünster began in 1090 and most of it was completed by 1230, although the two distinctive towers – mocked by Richard Wagner and no doubt many tourists as “pepper pots” – were only added after a fire in 1781.

The Metzler is the fourth organ in the Grossmünster. The first is thought to have been built in the 14th century. Documents from 1418 explain how the first known organist, Theodor Sebach, had to rub rat poison into the bellows.

In 1505 the instrument was rebuilt – but the new organ didn’t get much of an airing: in 1519 Ulrich Zwingli, a leading figure of the Reformation in Switzerland, became pastor of the Grossmünster and began preaching ideas on reforming the Catholic Church. In 1524 he banned anything that wasn’t sanctioned by the bible, and pictures, altars, sculptures and even the organ were all removed.

Not a peep was heard until 1876, when an organ was installed by Swiss builders Kuhn on which Saint-Saëns and Bruckner – among many others – played.

After much tinkering on the Kuhn, it was decided that a fourth organ was needed. The Metzler organ was inaugurated on January 31, 1960.