What is today the town of Avenches, in canton Vaud, used to be a Roman metropolis. It was known as Aventicum, the capital of the Helvetians, and it became an important economic, spiritual and cultural centre.

Throughout history, thousands of men and women have shaped Switzerland's territory and society. The stories of who they were, the battles, revolutionary ideas or quiet but significant changes have been handed down through generations, and now fill the pages of Swiss history books. The traces of this rich heritage are many, some hidden and unknown.

In this series by Swiss Public Television, RSI, seven places have been chosen that are linked to historical events, myths and legends, that are part of the country's cultural heritage.

In the fifth episode of the series we visit what's left of Aventicum, the remains of which are to be found beside the modern town of Avenches in canton Vaud. In its heyday, the town had several public baths, a theatre, a forum, a temple, approximately 20,000 inhabitants, and was protected by a five-kilometer-long, nearly seven-metre-tall wall with over 70 towers. It also had a magnificent amphitheatre, which is still in use today.

All over Europe, the Romans founded cities which still stand today. Like Aventicum in western Switzerland, now about 2,000 years old. 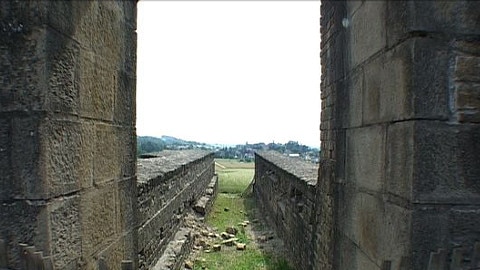 Seven Swiss museums are taking part in an ambitious project to shed more light on how the Romans used the lakes and rivers for trade at a time ... 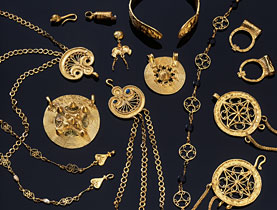 Unearthing the secrets of Lunnern's treasure

More than 1,700 years ago a wealthy family from Lunnern, in what is now Switzerland, hid their gold jewellery to protect it from raiders ...

An alpine valley might seem an unexpected place to admire historical masterpieces, but that's not the case in the Simmental valley.

Switzerland nowadays might be known for being a peaceful and neutral country, but that hasn't always been the case.

Seven wonders of Switzerland A Swiss city made for its watchmakers

La Chaux-de-Fonds is a city resurrected from its ashes. After a catastrophic fire, it was rebuilt to suit the watchmakers who lived and worked there.

Seven wonders of Switzerland Switzerland: home to one of Europe's oldest monasteries

In one of the oldest churches in Europe, in a remote alpine valley, Charlemagne was venerated as a saint.