The American lawyer Edward Fagan says he has filed a lawsuit against Swiss bank UBS, demanding more than SFr43.6 billion ($35 billion) in damages on behalf of IG Farben shareholders.

But on Friday a New York court said no complaint had been lodged.

The controversial lawyer said on Thursday that he was taking action in the United States after the bank rejected an earlier ultimatum to open negotiations.

Fagan wants UBS to pay back money which the US government paid to a former subsidiary of the defunct IG Farben. The company made poison gas which killed Nazi concentration camp prisoners.

The Union Bank of Switzerland, which merged with the Swiss Bank Corporation to form UBS in 1998, acquired the subsidiary, Interhandel, in 1967.

Fagan, who is known for his role in promoting Holocaust-related claims, said the legal action against UBS was filed in the US District Court in Brooklyn, New York.

"UBS today is nothing more than IG Farben, they only changed the name along the way," Fagan said in Frankfurt on Thursday.

IG Farben filed for insolvency in December after being in liquidation since 1952.

The shares remain listed on the Frankfurt stock exchange, to the dismay of critics who have called it "blood stock", as the liquidation process was held up by disagreements with former slave labourers.

Fagan said the suit was lodged on behalf of shareholders of IG Farben and a foundation set up to compensate surviving slave workers from the thousands who worked in IG Farben's factories during the Second World War.

A spokesman for UBS repeated the banking group's view that there were no grounds for such litigation. "There is no basis for any claim against UBS," he said.

The suit demands $1.8 billion (SFr2.24 billion) in damages relating to the transfer of IG Farben's German assets to Interhandel (or IG Chemie as it was known) during the war and up to 45 per cent or $35 billion of UBS's assets in restitution or damages.

"If this [the lawsuit] is correct, UBS will be paying reparations like the German government did," Fagan said, referring to the billions paid by the post-war German authorities in reparations to victims of the Nazis.

UBS said past attempts by IG Farben shareholders to sue the Swiss bank have failed, while a German court in 1988 found no evidence of German ownership of IG Chemie.

The US authorities confiscated GAF as enemy property in 1942 and Interhandel tried to reclaim GAF assets after the war.

The long-running legal wrangle, which ended up in the International Court of Justice, drew to a conclusion in 1965 after a deal struck between the US government and Interhandel.

The agreement culminated in GAF shares being sold in a public auction and UBS making an offer for all outstanding shares.

Towards the end of the war, IG Farben operated a large chemical factory near the Nazi death camp, Auschwitz, using around 83,000 slave labourers.

It was joint parent with Degussa of Degesch, supplier of Zyklon B hydrogen cyanide gas used by the Nazis in their genocide campaign that resulted in the murder of six million European Jews.

After the Second World War, IG Farben's assets were confiscated by the Allies and transferred to what became German chemical companies Hoechst, Bayer and BASF.

IG Farben was founded in 1925.
Up until 1945 it was the world number one in the chemical industry.
IG Farben is accused of having employed tens of thousand of forced labourers under the Nazi regime.
The company ceased operations at the end of the Second World War. 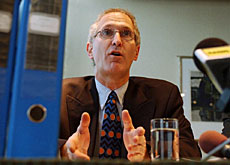 The Swiss banking giant UBS had until Friday to respond to an ultimatum by a United States lawyer over its ownership of a chemicals firm, which ... 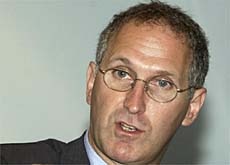 United States lawyer Ed Fagan, who helped broker a settlement between Swiss banks and Holocaust survivors and their heirs, will receive almost $1 ...