Most countries claim to have universal suffrage. And yet, no country in the world fully applies it. Dealing with this paradox requires a new approach: Make voting rights portable, suggests democracy columnist Joe Mathews. 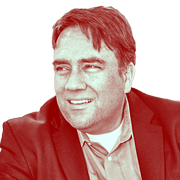 How can we make universal suffrage truly universal?

That such a question must be asked points out a democratic paradox. Universal suffrage – the term meaning that everyone has the right to vote – is described as a fundamental feature of modern democracy. But there is no country where universal suffrage is actually universal.

That may surprise you, because more than 100 countries claim to have universal suffrage. But by that, they mean only that there are no distinctions between voters based on gender, race, ethnicity, wealth, or literacy.

In reality, all democracies prevent many of their residents from voting, and do so without apology. In Switzerland and many other countries children and teenagers are denied voting rights because of their age. Many countries limit the voting rights of people in prison. Most democracies deny equal suffrage to members of their population who lack citizenship, residency, or other legal status.

This content was published on Jun 26, 2020 Jun 26, 2020 Since the creation of the Swiss federal state in 1848, the number of people gaining voting rights has risen steadily.

If suffrage is ever going to be truly universal, the world must find a way to make the right to vote as much a part of every human being as the heart. It’s with you for your whole life, and it goes with you wherever you go.

I’ve been thinking about the need for portable voting rights while watching countries celebrate anniversaries of so-called “universal suffrage”. Of course, these commemorations are really about remembering the long-ago campaigns to extend voting rights to women.

Such history deserves celebration, but it also should remind us that democracy, like other human enterprises, moves both backwards and forwards, often at the same time.

This month’s 50th anniversary of women’s suffrage in Switzerland – which was granted very late, in 1971, by a majority of male voters who had secured their voting rights 123 years earlier – has been an occasion to consider all the ways that this very democratic country falls short. Costa Rica, El Salvador, Guatemala, and Honduras are preparing to commemorate both the 1921 adoption of women’s suffrage, and the loss of those rights in 1922 when their shared federal republic fell. In the United States, last year’s celebrations of the centenary of women’s suffrage also noted how that advance came with new restrictions on voting by non-whites and immigrants.

These pasts point to a hard fact: suffrage is problematic for democracy, because it tears at a fundamental contradiction within it. That contradiction is embedded in the roots of the English word suffrage, including the Old French sofrage, meaning “intercessory prayers or pleas on behalf of another.”

Hence the democratic contradiction: democracy appeals because it allows us to govern ourselves and vote in our own self-interest. But democracy, unlike American waistlines or solids under heat, does not expand naturally. Extending suffrage requires us to share our own democratic rights with others, even though it reduces the power of our own votes.

This internal and eternal democratic conflict of interest – democracy requires selfishness and selflessness – is why no human society has given voting rights to everyone. To make suffrage truly universal, we citizens, and our nations, must surrender the power to decide who else will get the vote. Suffrage, the right to vote, must be a universal human right, granted automatically at birth.

From universal right to global practice

Achieving this sort of universality won’t be easy. The good news is that the right to vote is already enshrined within the Universal Declaration of Human Rights and other international agreements.External link But international human rights are notoriously hard to enforce. Universal suffrage will thus require an international treaty, or other agreement, with not just nations but with governments at all political levels – provinces, regions, cities – as signatories.

Who can vote in Switzerland? Who can’t?

This content was published on Sep 17, 2019 Sep 17, 2019 Ahead of parliamentary elections on October 20, swissinfo.ch looks at the third of the Swiss resident population that is disenfranchised.

There could be a backlash against giving toddlers a democratic voice. Today the most common voting age in the world is 18, with Argentina, Austria, Brazil, Ecuador, Nicaragua, Scotland, Wales, and possibly soon Switzerland allowing voting at 16. If there must be a compromise, I would suggest either 15 – the age at which the Dalai Lama assumed his temporal powers and Greta Thunberg launched her boycott – or 13, the age when Anne Frank began keeping her diary.

The European Union shows the way

Furthermore, giving non-citizens the right to vote where they live would offer timely protection for the rights of migrants, now under growing threat worldwide.

According to one survey, at least 45 countries now allow noncitizen residents to vote in their local, regional, or even national elections. This includes Australia, parts of Latin America, some US municipalities, several Swiss cantons, and the European Union, which since 1992’s Maastricht Treaty has guaranteed local voting rights to residents who are citizens of other member states.

The perfect democracy does not exist – not even in Switzerland

This content was published on Mar 5, 2020 Mar 5, 2020 Many Swiss pride themselves on having the oldest and best democracy in the world. The research community provides a more nuanced perspective.

The enduring success of this EU rule suggests that when our voting rights cross national lines, we grow closer. In the same spirit, true universal suffrage – and the principles that we all may vote where we live and where we have citizenship – might make a fractured world more unified and more democratic.

Joe Mathews writes The Democracy Column for SWI swissinfo.ch and Zócalo Public SquareExternal link. He addresses future-oriented questions about how democracy is practiced from Switzerland to the American Southwest, and all around the world.